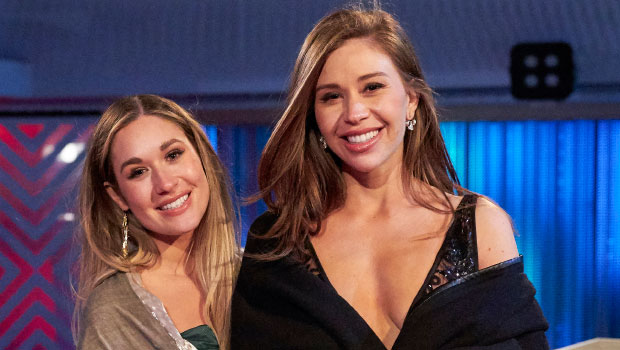 After switching from team Rachel Recchia to team Gabby Windey on last week’s episode of The Bachelorette, the journey ended for Logan Palmer in Amsterdam. With hometown dates just one week away, Logan contracted COVID-19, making him unable to continue on the journey to find love. Logan began the week on his first group date with Gabby’s men. However, things turned south ahead of the nighttime portion of the date.

Host Jesse Palmer visited Gabby in her room to fill her in on what was going on. “I know you’re really excited about tonight, bu we do have a situation with one of your guys,” Jesse explained. “Logan tested positive for COVID-19. He’s doing fine, but we’re trying to take a real abundance of caution for yourself and the rest of your guys. We have to cancel tonight’s cocktail party. I know how important it was and how much you were looking forward to it with hometowns on the horizon.”

Gabby felt for Logan and wished him well, but was also concerned about her other four remaining men. “I’m feeling really sad,” she said. “I have four men left and I really needed tonight to help me figure out who was going to hometowns. There’s kind of a pit in my stomach that I have to make this decision. I’m not sure ‘m at a place where I can confidently give a hometown rose to all the guys. I want it to be the right person and I think these couple of weeks is really pivotal. Every second counts. This is actually really scary for the future.”

Jesse also had to tell the guys that the cocktail party was cancelled, although he didn’t specify what was wrong with Logan. Understandably, the men were upset that they were losing the chance to get more one-on-one time with Gabby ahead of hometown dates. Heading into the rose ceremony, Gabby was unsure if she wanted to give all four of her remaining men (Erich Schwer, Jason Alabaster, Johnny DePhillipo and Spencer Swies) a rose for hometown dates.

Ahead of the rose ceremony, Gabby confirmed that Logan wouldn’t be able to continue on the journey due to his COVID-19 diagnosis. At the rose ceremony, she decided to give Erich, Johnny and Jason roses, sending Spencer home, as well. Earlier in the episode, she also eliminated Nate Mitchell. So, instead of going on four hometown dates, Gabby will only go on three.

Zach Shallcross: 5 Things To Know About ‘The Bachelorette’ Contestant Falling For Rachel