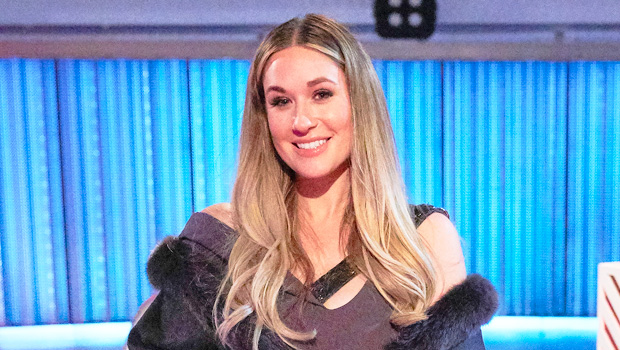 Rachel Recchia and Gabby Windey chose which men they want to individually pursue on The Bachelorette, but that didn’t mean the drama was over for season 19. During the show’s Aug. 1 episode, one of Rachel’s guys, Hayden Markowitz, was under fire for his actions. Hayden already began rubbing people the wrong way on the July 25 episode when he called Gabby “rough around the edges,” and this week, he was at the center of controversy once again.

At the beginning of the Aug. 1 episode, Hayden defended his wording about Gabby. “Gabby’s the one who used the words ‘rough around the edges,’” he insisted. “She said that twice. So I used that word to describe her and I got it thrown back in my face. I would hope Gabby is a little bit more mature than that. I don’t think I said anything wrong. Maybe you shouldn’t use that word to describe yourself, then.”

He then went on to start comparing Gabby and Rachel to one of his exes while he was talking to the other men in the house. “They don’t hold a candle to her,” Hayden admitted. “I don’t want to just settle. I don’t see how any guy in here could be like, ‘I wanna marry these girls.’”

Another one of Rachel’s men, James “Meatball” Clarke, was particularly upset by Hayden’s comments. “I definitely see Hayden in a very different light,” Meatball said. “He’s saying things like, ‘They overreacted, both Gabby and Rachel.’ He called them both b****es. It’s disgusting. That’s not how you should speak about a woman at all. Hearing this from Hayden is shocking and it doesn’t sit well with me. Rachel gave me a second chance and I want to be honest with her. If he’s not totally invested in Rachel, then he should go home.”

At the cocktail party, Hayden opened up to Rachel about his close relationship with his dog. He revealed that the dog has a brain tumor and may only have a few months to live. Rachel was touched that Hayden shared that with her and clearly sympathized with him. Amidst the conversation, though, Tino Franco walked up to ask for some one-on-one time with Rachel, and Hayden wasn’t thrilled with how quickly she agreed.

Hayden Markowitz: 5 Things To Know About The Controversial ‘Bachelorette’ Contestant

“It’s very tough to see Rachel’s response with that,” Hayden admitted. “I would’ve expected for Rachel to be like, ‘No, Tino, give me a minute.’ Not get up quicker than she sat down.” Afterward, he complained to the other men about how it went down, and once again, Meatball was irked. He decided to pull Rachel aside and share his concerns about Hayden’s behavior.

“You’re very honest with me and I want to be honest with you,” Meatball told Rachel. “There’s a conversation I had with Hyaden at the mansion and it was pretty unpleasant. It was after the rose ceremony. He said that you and Gabby both overreacted to what he said. And then he made a vulgar comparison about you and his ex. It was something about breasts. He also said, ‘I don’t trust these b****es,’ referring to you and Gabby.”

Rachel was very clearly caught off guard by what Meatball revealed, and she confronted Hayden with the information. Hayden thought Rachel was pulling him aside to apologize for the conversation about his dog, and she was flabbergasted to hear that. “I had some more information brought to me tonight and I’m actually really upset about it because after what was said about Gabby in L.A, I was willing to move forward [with you] this week and the next day you went and said, ‘I can’t trust these b****es?’” Rachel ranted.

Hayden denied using those words, and then Rachel brought up the accusations about him comparing her to his ex, which he also denied. “The person who brought [this] to me, I don’t feel like they would make this up,” Rachel insisted. “I really feel like I gave you the chance in L.A, and I’m giving you the chance now to own up to it.” Hayden held his ground, and Rachel officially had enough. “This is the end of my rope,” she told Hayden. “I’m hitting roadblock after roadblock and I can’t keep dealing with it. Can I walk you out

Hayden was clearly on the same page by this point, and he agreed to leave. Rachel was left frustrated and in tears. Meanwhile, Hayden was just excited to get home to his dog.