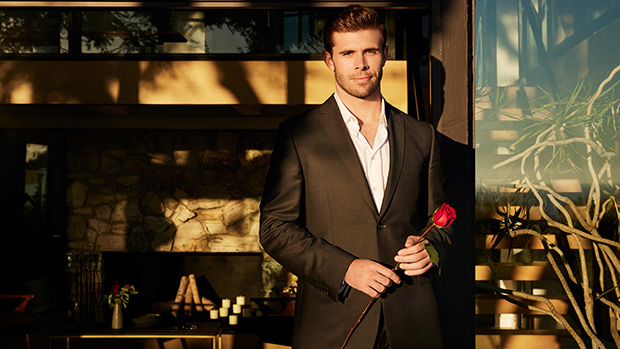 Zach Shallcross got to meet five of the ladies from his season of The Bachelor before he even began filming. During After the Final Rose on season 19 of The Bachelorette, Zach was introduced to five women onstage, and that added a level of comfort when he started actually filming his season. “When I was standing in front of the mansion on night one, I’m like, ‘Wow, I’m really here, it’s about to begin, what did I get myself into?’ But having those five women I met days prior allowed me to be like, ‘Oh, a familiar face!’” Zach told HollywoodLife EXCLUSIVELY. “We could talk about how I absolutely did terrible and forgot everyone’s name and laugh about it and joke about it. That made me feel comfortable and helped me feel a little better just seeing them again.”

However, Zach didn’t social media stalk the women before heading to the mansion. “I didn’t get to look up any of the women,” Zach admitted. “I don’t even think I had my phone at that point. So I didn’t look up their social medias before. I probably should have!” The ladies Zach met pre-show were Bailey Brown, Brianna Thorbourne (who got a rose from viewer votes), Brooklyn Willie, Cat Wong and Christina Mandrell.

Zach was introduced to fans as a contestant on season 19 of The Bachelorette. He was with Rachel Recchia on the show and made it all the way to fantasy suites before things fell apart. Zach said he felt like Rachel was “inauthentic” when the cameras were off in the fantasy suite, and it led to the two breaking up before the rose ceremony. Now, Zach is read to show fans another side to him on The Bachelor.

“I’m excited for people to see all of my personality,” Zach dished. “The good, the bad, everything. I’m someone who fans didn’t really get to see much of. I kind of goof around and don’t take things too seriously in life. I’ve got some of the worst dad jokes of all time that just always fall flat, but to me, they’re funny. So to many I’m just the boring Bachelor, but I think that’s going to change once they see it.”

Of course, Zach couldn’t give away much about how things play out on his “emotional” season, but he did confirm that he has a positive outlook when he looks back on what went down. “I feel very happy with everything,” Zach told us. “It had its crazy ups and downs and a lot of lessons, but overall, it went better than I could’ve imagined. I’m very happy.”

On what he’s looking for in a partner: I think from the beginning, which stayed until the very end, the most important thing to me was someone who has actual truth and passion for everyone they meet and encounter in life. I think it’s pretty apparent to spot in a culture that tends to be very self-absorbed. So that’s a dealbreaker if you don’t have it.

On navigating the show: You just try to take everything in, moment by moment, and try to navigate it as best as possible. I didn’t come in with a rule book or playbook on how to do night one. It’s just unlike anything ever. I just went with what felt right, that’s kind of all it was.

On the drama this season: Obviously, it’s The Bachelor, there’s always going to be drama. But the drama now isn’t centered around, like, shrimp like it as on Clayton [Echard]’s season and stuff like that. I have to give credit to the women. Everyone, for the most part, was looking for the same thing I’m looking for and taking it seriously. A lot of the drama comes from actual feelings and life scenarios going on. Feelings were hurt, there’s the jealously, there’s some anger. Nothing was unnecessary. It’s the drama you face in your own life.