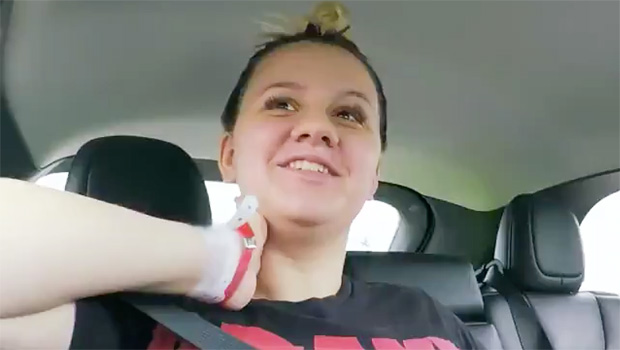 Kayla Sessler made it very clear during the Oct. 5 episode of ‘Teen Mom: Young & Pregnant’ that she didn’t want to go back to Iowa.

Kayla Sessler went to Iowa with boyfriend Luke when he first started going to school and playing basketball there, but after the pandemic brought them home, Kayla realized how much she hated being in Iowa. So when Luke found out — during the Oct. 5 episode of Teen Mom: Young & Pregnant — that he may be going back to school soon, Kayla made it very clear that she didn’t want to go with him… and she wouldn’t partake in a long-distance relationship either.

Fortunately for her, Luke’s family advised him to come up with a new 5-year plan that now includes his growing family. And that plans doesn’t necessarily include a return to Iowa. So when he and Kayla looked at a house to rent in a town near her mom’s house, he agreed to sign on the dotted line. He even suggested applying to a school nearby so he wouldn’t have to go back to Iowa by himself.

When Kayla is hesitant to move back to Iowa with Luke after struggling with it the first time, she considers her options. 🙇‍♀️🚛 #YoungandPregnant pic.twitter.com/b1wKtBLL0B

Meanwhile, Brianna Jaramillo was busy teaching her son, Braeson, how to use the toilet. She even had the support of her mom, which was a nice change of pace, considering they’ve only been fighting the past few weeks. But Brianna admitted that therapy was something that’s helping her see things different, so let’s hope everything stays calm between them from here on out.

Later, Rachel Beaver got into a fight with Kody after he called her a “hoe” for texting other men. She also escaped her mom’s house for a bit after her mom found out she was getting her IUD removed. Rachel said she was having health issues because of it, but her mom assumed she was trying to get pregnant again.

After going back to therapy, Brianna’s feelings about moving out on her own have shifted. Her new goal? Potty training Braeson! ✨❣️ pic.twitter.com/wtZ8ZH9PfV