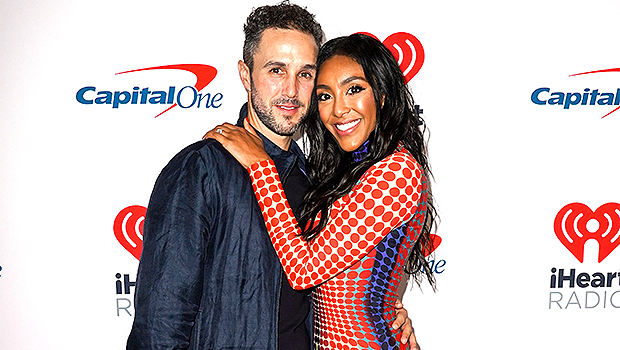 More than a year after getting engaged on the finale of ‘The Bachelorette,’ Tayshia Adams and Zac Clark have called it quits.

Another Bachelorette couple bites the dust! Tayshia Adams and Zac Clark, who met on the show’s 16th season in 2020, have broken up. After weeks of speculation that there was trouble in paradise for the pair, the news was confirmed on Nov. 22 via a rep for Tayshia. Tayshia’s rep revealed that the reality star and Zac are “no longer a couple,” according to E! News.

Zac was Tayshia’s final pick on The Bachelorette, and they got engaged during the finale, which was filmed during the summer of 2020 and aired later that year. Tayshia became the Bachelorette after Clare Crawley left the show to be with one of her contestants, Dale Moss. After her departure, she was replaced by Tayshia, who started forming her own relationships with the remaining men, as well as some new suitors who were brought on.

After The Bachelorette, Tayshia eventually moved to New York City to be with Zac, but there was a lot that got in the way of them focusing on their relationship full-time. In 2021, Tayshia got the opportunity to host season 17 of The Bachelorette after Chris Harrison left the franchise. She spent several weeks filming with her co-host, Kaitlyn Bristowe, and the two returned to host season 18, as well. This meant that Tayshia and Zac spent a lot of time apart during the spring and summer of 2021.

They made it work throughout the long distance, and at the beginning of August 2021, Tayshia celebrated her and Zac’s one year anniversary of meeting. “It’s been a wild ride so far with our lives going a million miles an hour but how lucky are we to have had an amazing week together at the place where it all started AND we were able to renew our wishes a year later?! WILD. Happy to have you by my side, Clarky.”

In early November, Tayshia ran the New York City marathon with Zac by her side cheering her on. He even wrote a gushing post about her on Instagram afterwards, and she included him in her post about the big day. However, those were their last social media posts together. Shortly after the marathon, Tayshia was briefly hospitalized with a kidney infection, and Zac did not appear to be by her side (although this was not confirmed). Unfortunately, behind the scenes, the relationship was running its course.