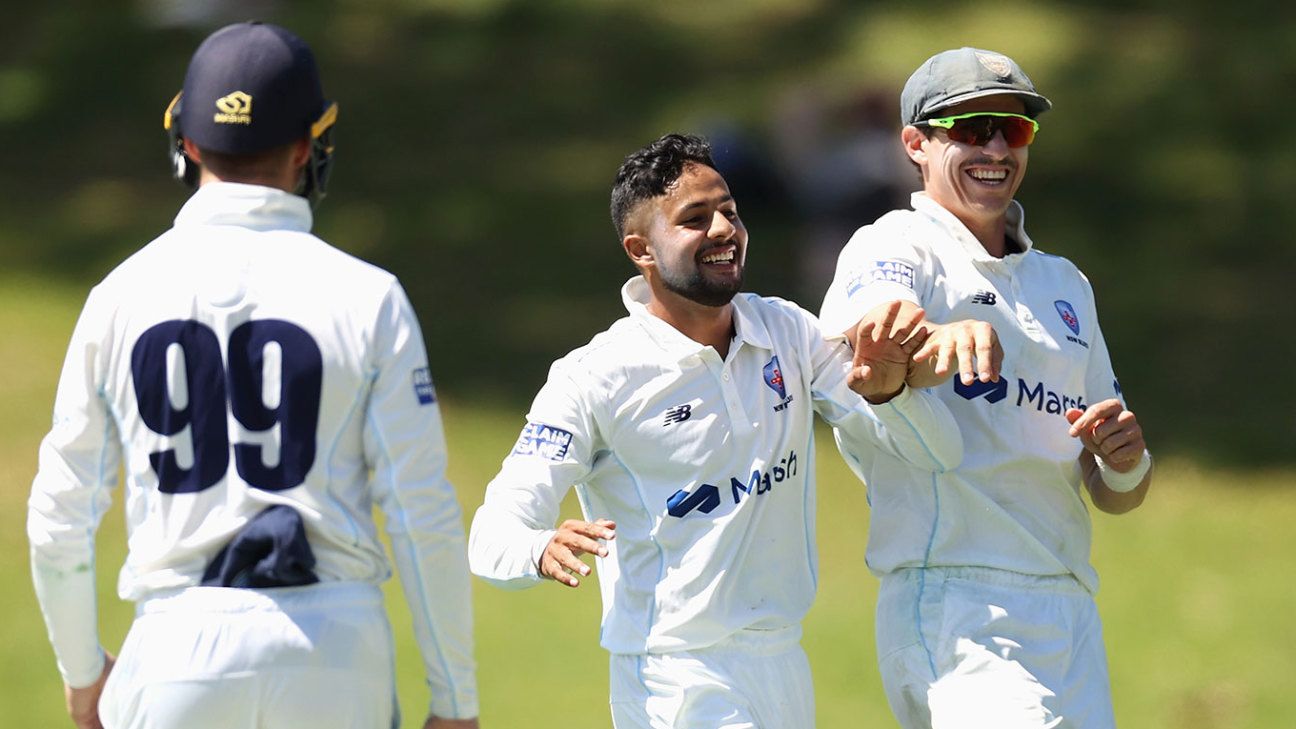 New South Wales legspinner Tanveer Sangha has been ruled out of the first part of the domestic season with a stress fracture of his lower back.

Sangha, who has been involved with Australia’s white-ball squads, is aiming to return to action during the BBL where he will play for Sydney Thunder.

He was with the Australia A squad which toured Sri Lanka earlier this year, taking seven wickets in the two four-day matches, and had a brief stint as a replacement in the Hundred with Birmingham Phoenix. He also travelled to India as part of the group who attended the MRF Academy in Chennai.

Sangha made his first-class debut last season and has taken 24 wickets in eight matches. He has a very impressive T20 record with 37 wickets at 18.43 and an economy rate of 7.46.

His injury means there is unlikely to be a chance for him to partner Nathan Lyon this season with the latter part of the Sheffield Shield taking place when the Test side are in India during February and March.

Lyon has been included in New South Wales’ squad for their Marsh Cup opener against Victoria on Friday and because he isn’t part of Australia’s T20I set-up, he will have the chance for plenty of Shield cricket before the first home Test against West Indies in late November.

Youngsters Ollie Davies (hip) and Hayden Kerr (finger) are also on the injury list for New South Wales. Davies, like Sangha, is aiming to return during the BBL.