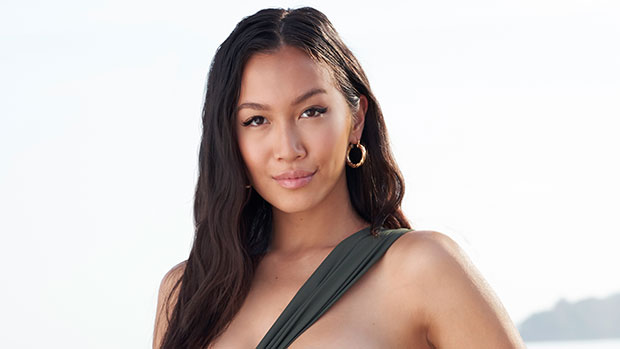 Tammy Ly thought she had a good thing going with Thomas Jacobs on ‘Bachelor in Paradise’…until Becca Kufrin swooped in!

Bachelor in Paradise started out great for Tammy Ly. She kicked things off with Aaron Clancy, and then moved on to start a relationship with his nemesis, Thomas Jacobs, after the first rose ceremony. Although Tammy was ready to put her trust in Thomas, though, she was thrown for a loop when Becca Kufrin asked him out on a date during the show’s Sept. 8 episode.

Tammy gave Becca the OK to ask Thomas out, because she knew Paradise was about having the chance to date multiple people. Thomas and Becca totally hit it off, and previews for the show’s Sept. 14 episode reveal that he ends things with Tammy to be with Becca. She breaks down in tears as she takes in the news, knowing her fate on the rest of the show is unclear now that she doesn’t have a close connection. Learn more about Tammy below.

1. What Happened To Tammy On ‘The Bachelor’?

Tammy was a contestant on season 24 of The Bachelor with Peter Weber at the beginning of 2020. She was not afraid to tell it like it was with the other women, and it led to her getting the always dreaded two-on-one date. Tammy and Mykenna Dorn went head-to-head during the two-on-one, and at the end, Peter could only choose one. He decided to sent Tammy home during the two-on-one date during week six, but also eliminated Mykenna at the next rose ceremony.

Tammy is a real estate agent. She works as a Licensed Real Estate Salesperson at Acropolis Realty Group in Syracuse, New York, and has held the position since May 2020. She also works as a Sales Producer for Allstate. These jobs allow her to “offer dual services in real estate and Allstate insurance,” according to her LinkedIn. Tammy received her New York State Property & Casualty Insurance License in 2015, her NYS Life Insurance License in April 2016, and her NYS Real Estate Salesperson License in Feb. 2018.

3. Where Did Tammy Go To College?

4. Tammy Is A Wrestler

Tammy’s parents are divorced. Her Bachelor bio sayid that she helped raise her younger sister after her parents’ split. She has been working since she was in high school to help support herself.