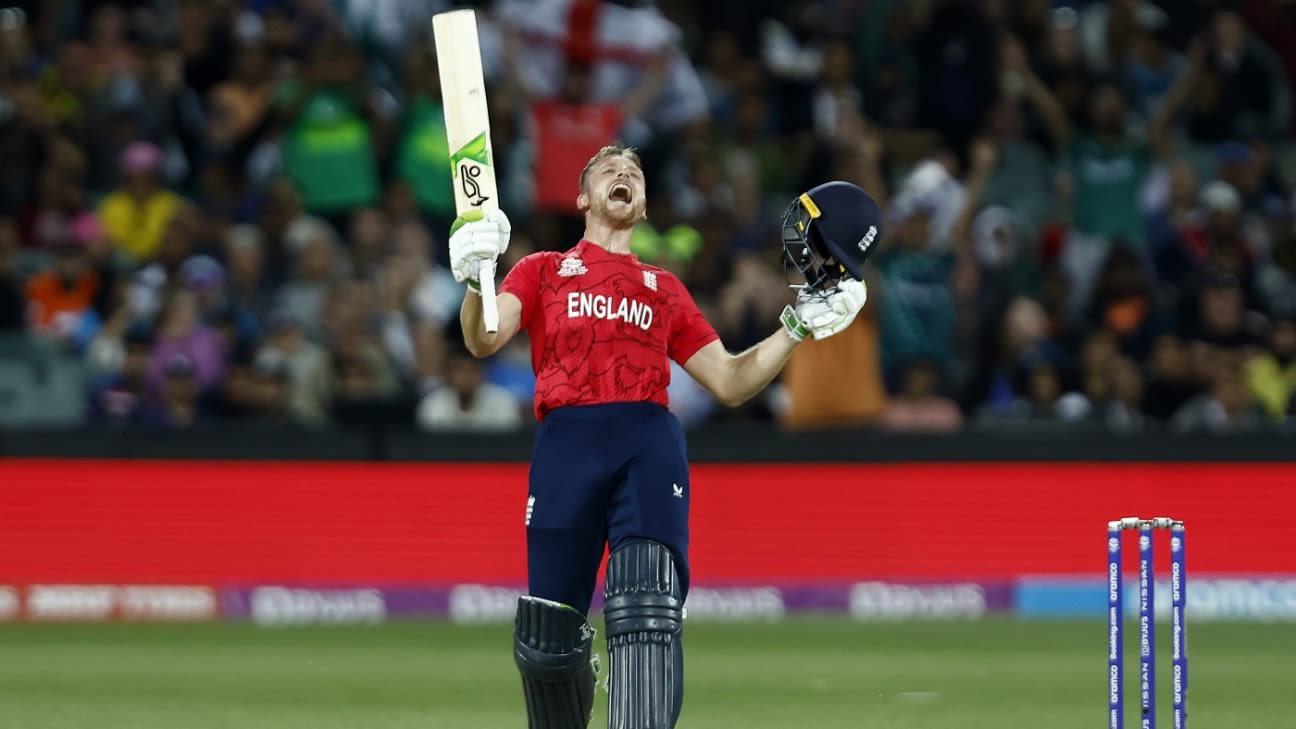 The T20 World Cup final between England and Pakistan will be broadcast on free-to-air television in the UK, ESPNcricinfo understands.

While Sky Sports are exclusive UK rights holders to the tournament, an agreement has been made to share Sunday’s showpiece event at the MCG with Channel 4, as they did in 2019 for the 50-over World Cup final.

The agreement had been made in principle before England’s semi-final against India, which Jos Buttler’s team won comfortably by 10 wickets. Sky had planned to make the final free on their Showcase channel, and were willing to partner with Channel 4 again after the success of the final three years ago, in which England beat New Zealand in a nailbiter at Lord’s to win their first men’s 50-over title – a game that drew peak viewing figures of 8.3 million.

“We’d be immensely happy with that,” Buttler said in his post-match press conference in Adelaide. “That would be fantastic for the game in our country, as many eyes as we can get on that final would be great. That’d be brilliant if that happens. It’s important that we always look to grow our game and showcase cricket to the next generation especially, so we’d really welcome that if that was possible.”

Channel 4 also broadcast England’s tour of India in 2020-21, the first time Test cricket had been shown free-to-air in the UK since the 2005 Ashes. The BBC has also had rights to show a limited number of men’s and women’s T20 internationals since the start of the 2020 broadcast deal.

The T20 World Cup final, which begins at 8am GMT, will see England and Pakistan once again do battle 30 years on from their famous MCG encounter in the final of the 50-over competition.