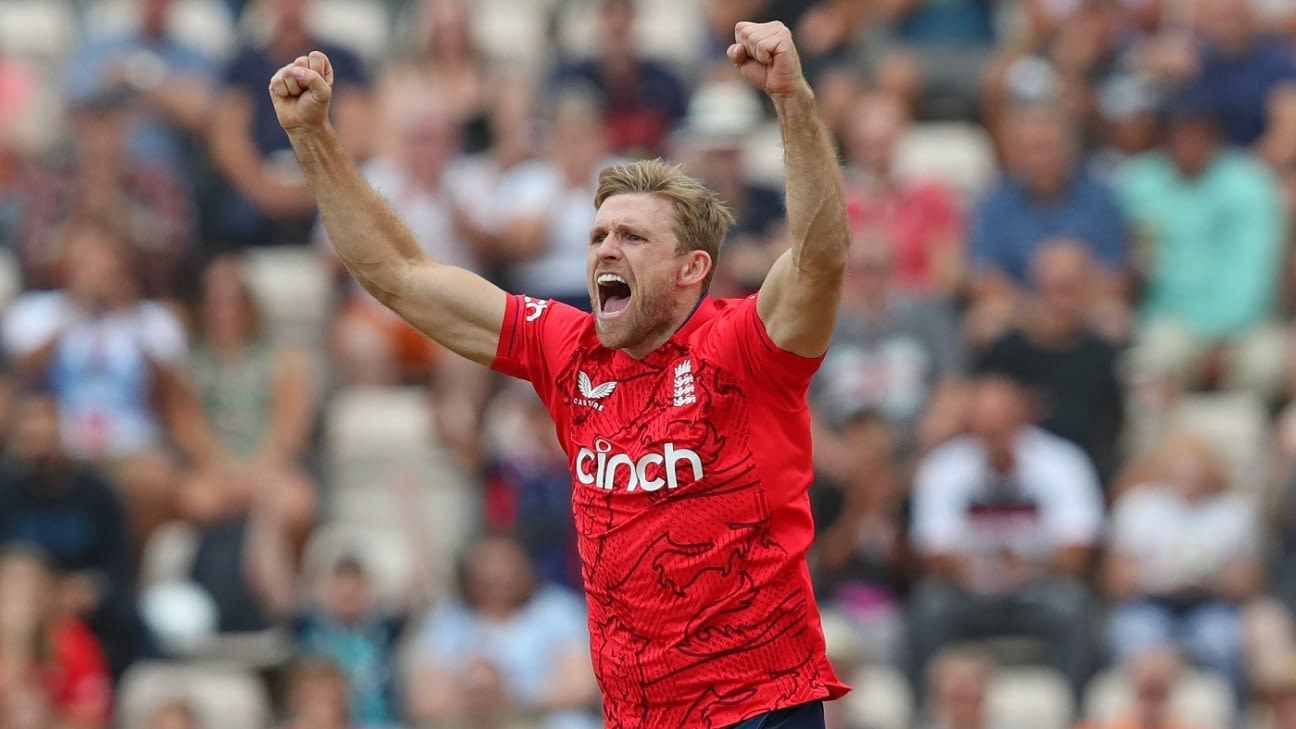 Willey, the left-arm swing bowler and a very useful batter, was rare amount the platinum players in committing fully to the BBL ahead of other leagues and would have been available for the majority of the tournament.

However, a Thunder statement said Willey and the club had come to a “mutual agreement to terminate his contract.”

“David and his management have been tremendous to deal with,” Andrew Gilchrist, head of Sydney Thunder, said. “Sydney Thunder regrets David won’t be playing for us this season, but we wish him and his family all the very best for the future.”

Willey was part of England’s T20 World Cup squad but did not feature during the tournament and is also in the ODI group which plays three matches against Australia starting on Thursday in Adelaide.

Thunder will be able to bring in a replacement overseas player from anyone who nominated for the draft, although Cricket Australia can also sign off on other names if they are deemed valuable to the competition.

Willey’s withdrawal is a blow to the tournament which is fighting to retain the leading overseas players due to the ILT20 and SA20 leagues. A number of the overseas signings, including Alex Hales and Rilee Rossouw at Thunder, will start the BBL before leaving in early January.

Liam Livingstone, who was the No. 1 draft pick for Melbourne Renegades, has also had his stint reduced after his call-up to England’s Test squad for Pakistan.
And the tournament is unlikely to feature Glenn Maxwell this season after he suffered a fractured leg in an accident at a birthday party on Saturday.

However, Thunder will be able to call on David Warner for the latter part of the season after the Tests are completed following his return to the BBL for the first time since 2013. Other Australia Test players will also be available although the frontline quicks are not expected to feature and Steven Smith has yet to accept a deal with Sydney Sixers.

Following the Test summer which features West Indies and South Africa there are no home international clashes with the BBL after the ODI series against South Africa was cancelled earlier this year with CSA prioritising the SA20.