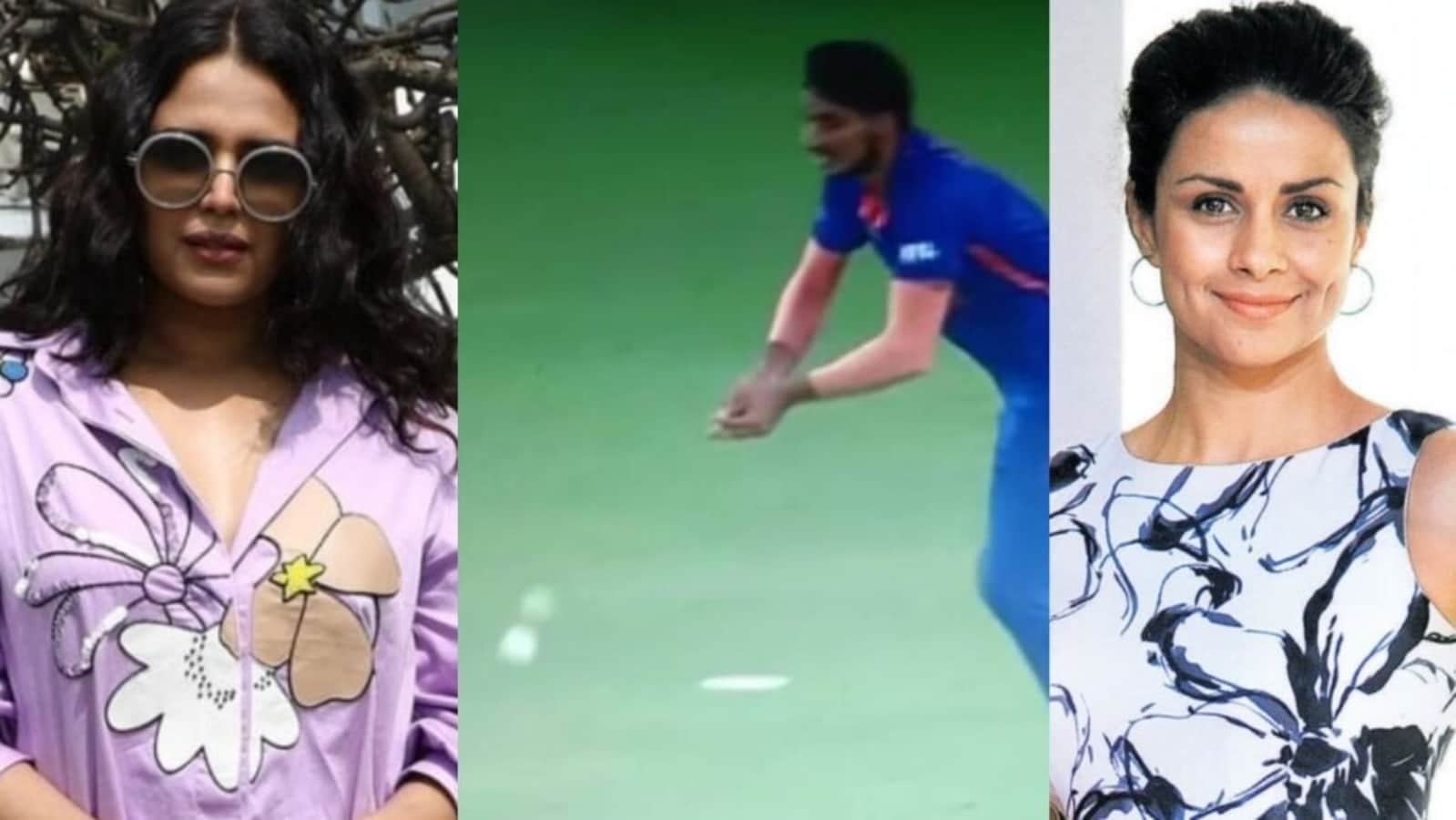 Actors Swara Bhasker, Gul Panag and Pooja Bhatt and dialogue writer-lyricist Varun Grover have come out in support of cricketer Arshdeep Singh after he was trolled for dropping a catch in the India versus Pakistan match. During the 2022 Asia Cup Super 4 game played on Sunday, Arshdeep dropped Pakistani cricketer Asif Alis’ catch in the 18th over. India faced a five-wicket defeat to Pakistan in the match. (Also Read | Swara Bhasker says boycott Bollywood is ‘paid trend’ that doesn’t affect films)

Taking to Twitter, Swara Bhasker wrote, “We love you and we are proud of you @arshdeepsinghh! Stand strong! (yellow heart and national flag emojis).” Gul Panag also tweeted, “Truly tragic the way @arshdeepsinghh has been trolled. And it appears to be the handiwork of another IT cell. Don’t fall for it. P.S. The misfortune of devious propaganda is, others can do it too. And it works like a dog whistle, with the intended recipients unaware.”

Pooja Bhatt also shared a post, seemingly about Arshdeep, on Twitter but didn’t name him. She said, “If you can’t ride out the losses of those you claim as your own you have no right, moral or otherwise to claim their wins. Society cannot cannibalise success and conveniently discard failures of the ones that dare to go out into the world, compete/perform & take great risks.”

Varun Grover tweeted in Hindi, “Time and again the same thing comes to the fore that if you are not part of the majority, then every mistake of yours will be called a deliberate crime, sometimes even called treason. The minority has no right to make human mistakes. They always have to be perfect. The majority will handle the responsibility of imperfection.”

Arshdeep dropped the catch of Asif Ali in the 18th over of the match. However, in the final over, Arshdeep took the wicket of Asif Ali. Chasing 182 for victory, Pakistan achieved their target with one ball to spare.