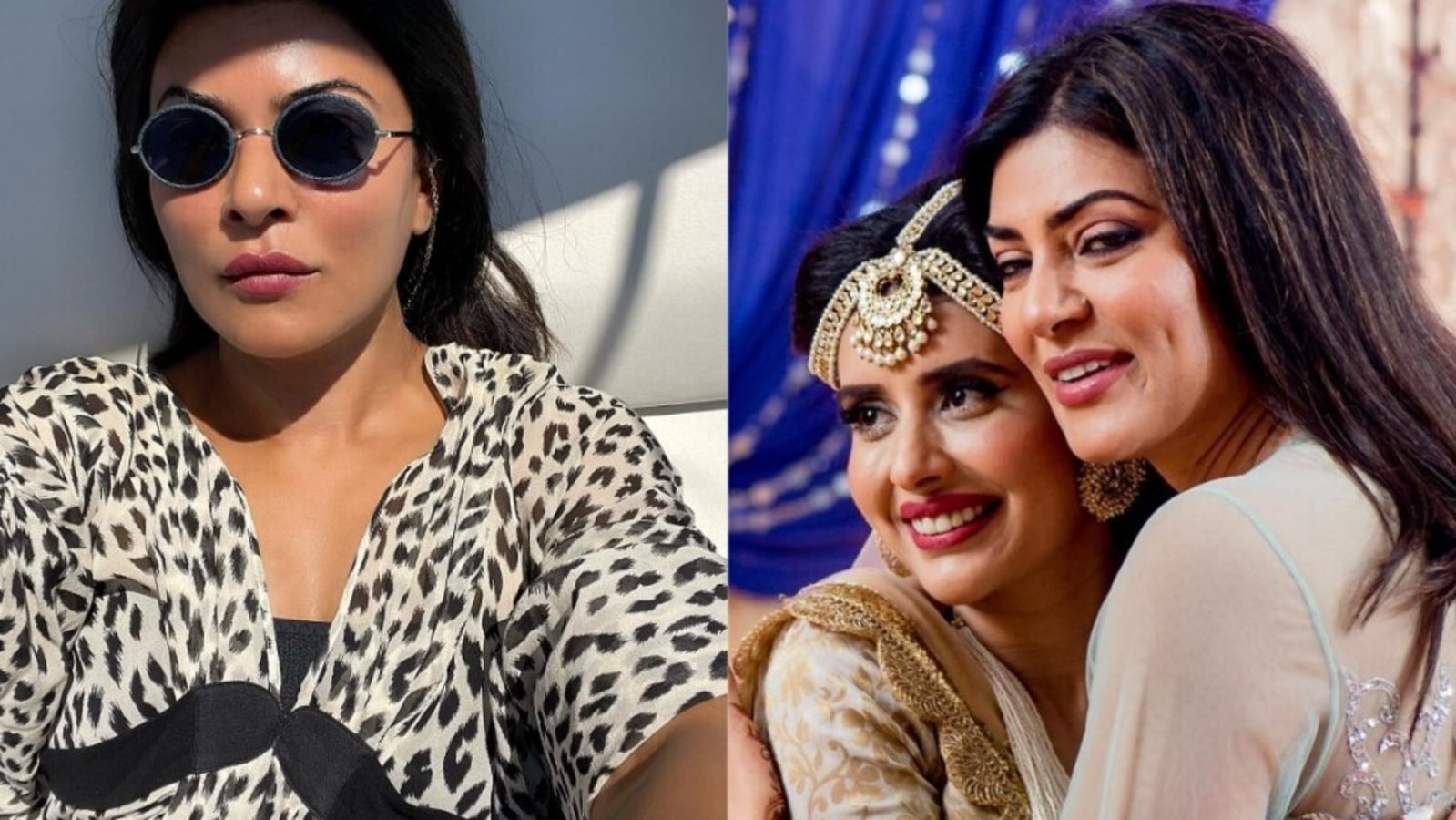 Actor Sushmita Sen has spoken about herself saying that she ‘got attitude’ and her sister-in-law, actor Charu Asopa has reacted to it. Taking to Instagram, Sushmita shared throwback pictures of herself from her recent vacation in Sardinia, Italy. (Also Read | Sushmita Sen’s sister-in-law Charu Asopa says she learnt a lot from ‘didi’)

In the first photo, Sushmita rested her head against a couch as she clicked the selfie. She wore a black and white printed dress and also wore sunglasses. In the next picture, Sushmita gave a different pose as she basked in the sun. The actor lay on a yacht as cliffs and several other yachts were seen in the background. Sharing the pictures, Sushmita captioned the post, “The woman’s got an attitude!!! Yeahhhh, a really good one!!! I love you guys!!!”

Reacting to the post, Charu dropped a red heart emoji. Charu Asopa tied the knot with actor Rajeev Sen, Sushmita’s younger brother, in 2019 after dating for four months. They welcomed their daughter Ziana in November last year. Earlier this month, they announced they are separating.

Fans also showered Sushmita’s latest post with love. A person wrote, “Keep slaying my beautiful soul.” Another fan commented, “Mam, you personify strength and confidence.” An Instagram user said, “You are a diva.” A comment read, “How can someone be so beautiful inside and out!!” A fan also said, “You are just an icon of beauty.”

Earlier, sharing a picture on Instagram in a similar outfit, Sushmita had written, “La Dolce Vita #sardinia. I love you guys!!! Pic courtesy my gracious friend @itsalways_.” Last month, Sushmita travelled to Maldives and Italy with former IPL chairman Lalit Modi, with whom she is reportedly in a relationship.

After a section of the people reacted to their relationship on social media, Sushmita shared a post featuring herself and her daughters – Renee Sen and Alisah Sen. She wrote, “I am in a happy place!!! Not married…no rings…Unconditionally surrounded by love!! Enough clarification given…now back to life & work!! Thank you for sharing in my happiness always…and for those who don’t…it’s #NOYB Anyway!!! I love you guys!!!”

Sushmita will next be seen in the third season of the Ram Madhvani series Aarya on Disney+ Hotstar. The web series had two successful seasons so far, and has been renewed for the next one.