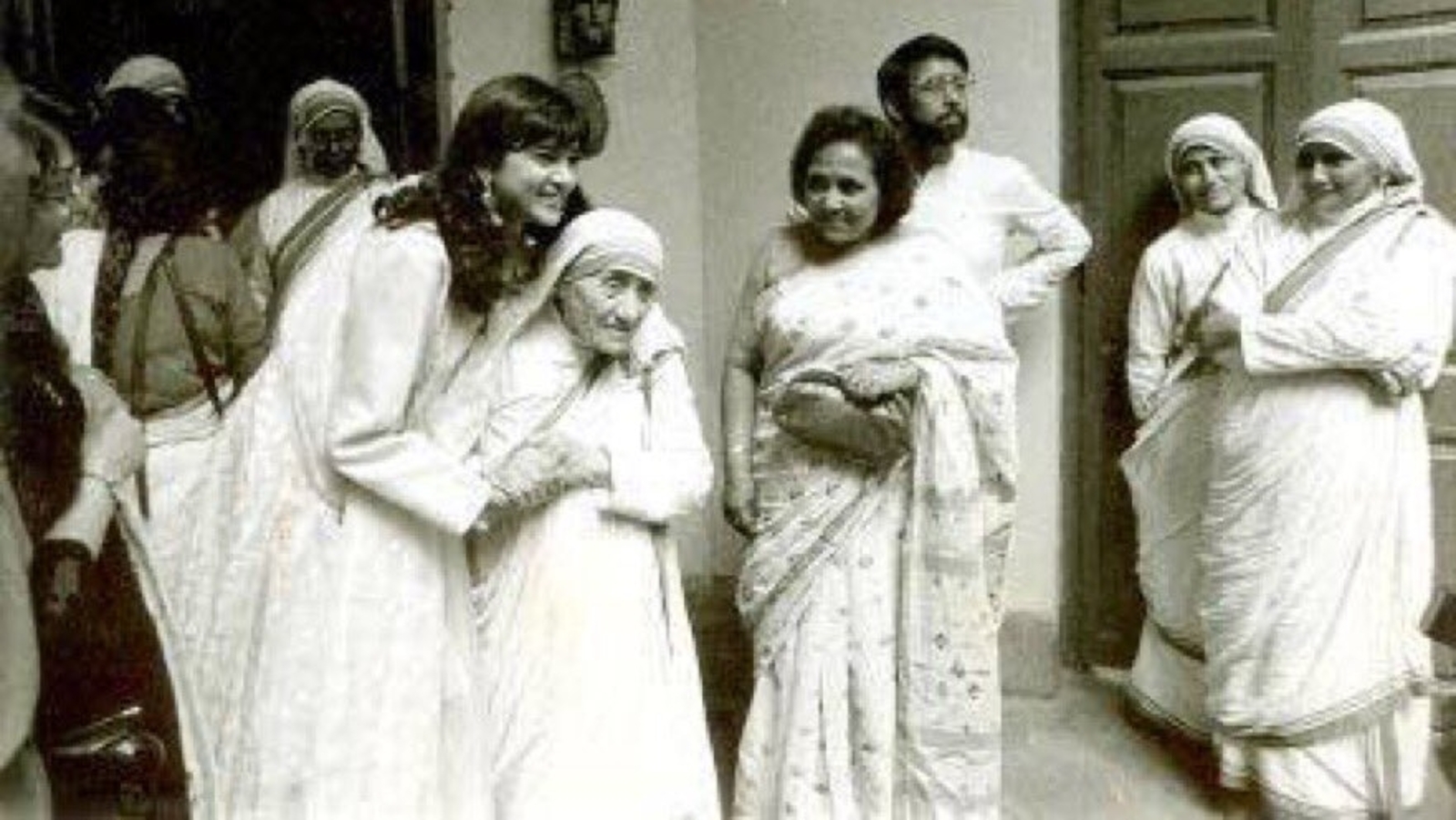 Actor Sushmita Sen has reacted to a throwback photo of herself with the late Mother Teresa, on the 25th death anniversary of the nun. Taking to her Instagram Stories, Sushmita re-posted the black and white photo in which she held Mother Teresa as several people stood around them. (Also Read | Sushmita Sen as Miss Universe awards certificate to Akriti Kakar)

The original photo was shared by a fan account on Instagram with the caption, “Homage to Mother Teresa on her 25th death anniversary…Mother with @sushmitasen47.” Re-sharing the photo, Sushmita added folded hands, red heart and national flag emojis. Pictures of Sushmita shared by fans online also show the actor receiving blessings from Mother Teresa.

In 2013, Sushmita was awarded the Mother Teresa Memorial International Award for Social Justice 2013 in Mumbai. As quoted by news agency ANI, she had said, “This award means a lot to me. As I have said earlier also on stage, that this award is on Mother Teresa’s name, and she actually changed my life. She never taught me a way that you should do this or that instead she taught me just by the virtue of example she set. At the age of 18, I got so influenced by her that I always wanted to be mother like her.”

Mother Teresa died in Kolkata on September 1997. On her death anniversary, actor Priyanka Chopra on Tuesday shared posts on her Instagram Stories. Along with a photo of Mother Teresa one of the posts had the words, “International Charity Day. ‘It’s not how much we give but how much love we put into giving.’ -Mother Teresa.”

Priyanka also re-shared a post by United Nations on Instagram. The original post featured a photo of Mother Teresa. A part of the caption read, “#Throwback to 1975 when Mother Teresa of Calcutta made a statement at the World Conference on Women in #Mexico. For more than 45 years, Mother Teresa worked for the poor, sick, orphaned and dying. She received the @nobelprize_org for Peace in 1979 for her charitable work. Her selflessness helped inspire the creation of Monday’s International #CharityDay – the anniversary of her passing.” Priyanka was honoured with the Mother Teresa Award in 2017.