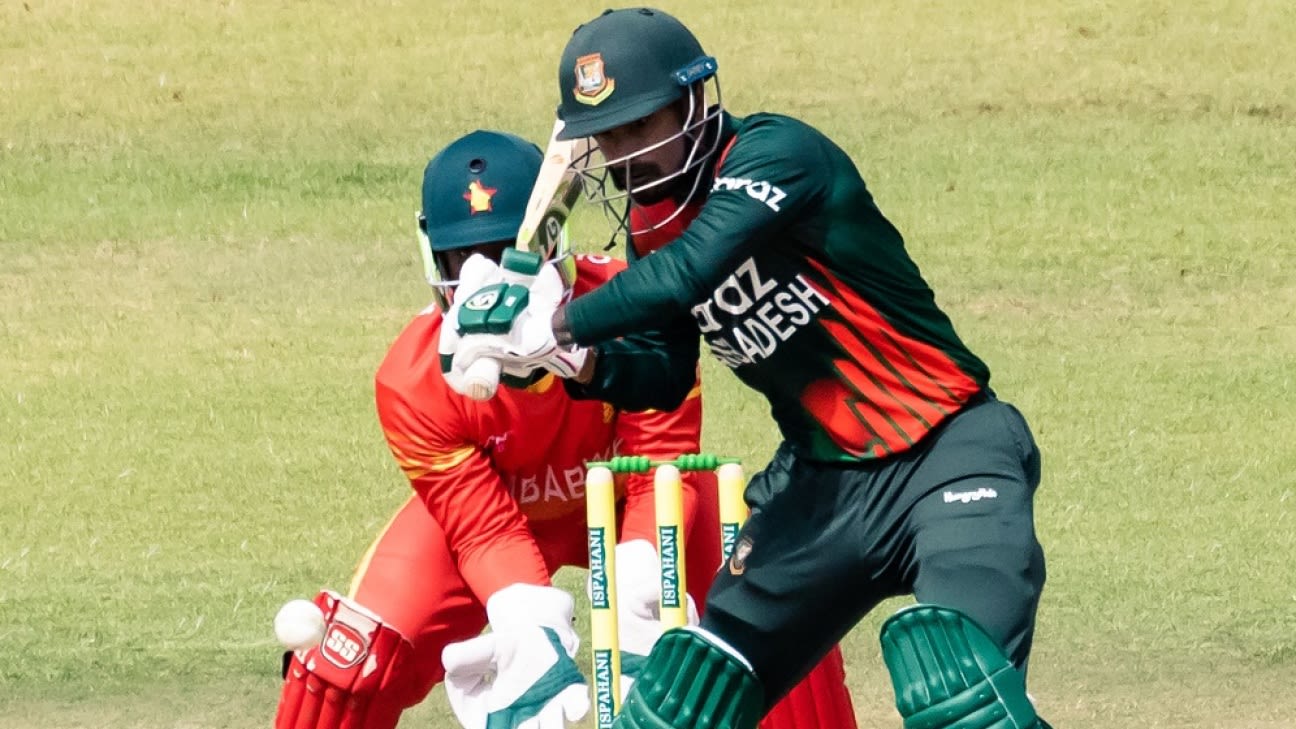 Zimbabwe would be hoping they can take away at least 10 points from the ODI series against Bangladesh, while the visitors wouldn’t want to slip up like they did against Sri Lanka in May. This is a critical time in the ICC ODI Super League for both teams with bigger challenges coming up later in the year.

Shakib Al Hasan has so far been Bangladesh’s MVP, with a five-wicket haul in the first ODI and an unbeaten 96 in the second. He adapted excellently on Sunday, particularly during the last 20 overs when Bangladesh looked out of the contest.

Shakib’s innings, however, papered over the broadening cracks in Bangladesh’s batting order. Tamim Iqbal’s knee injury is a concern while Liton Das, who scored a century in the first ODI, has only recently found some runs in white-ball cricket. Mohammad Mithun and Mosaddek Hossain have been sub-par this year, exacerbating Bangladesh’s problems without Mushfiqur Rahim in the middle order. Mahmudullah, Afif Hossain, Mehidy Hasan Miraz and Mohammad Saifuddin had to put out the fire in both ODIs in Harare.

At least one part of Bangladesh’s plan – to have one of the top-order batters playing for the majority of the innings – is working.

Zimbabwe doesn’t have too many experienced players like Shakib or Mahmudullah to bail them out repeatedly, but they would still feel encouraged with how Wesley Madhevere performed during Sunday’s ODI. Sent in the middle order, Madhevere batted with freedom, going after Taskin Ahmed, while also tackling spin well. He has now scored a fifty in each of his three ODI series since debut last year. Madhevere is also a sharp fielder, illustrated by his catch at point, and a tidy, accurate offbreak bowler.

The home side would again hope that their batters don’t throw away good starts, like in the second game. Brendan Taylor was unlucky, but Regis Chakabva and Dion Myers have to make bigger contributions in the third game. Openers Tinashe Kamunhukamwe and Tadiwanashe Marumani must at least bat out the first few overs.

Sikandar Raza provided Zimbabwe with a much-needed all-round option in the second ODI. He chipped in with a handy 30 before delivering six overs of his offspin with the wicket of Afif Hossain. He even dived to his left to take a sharp catch to dismiss Tamim Iqbal.

Shoriful Islam‘s four-wicket haul in the second ODI was the big performance he needed since making his international debut earlier this year. Islam got rewards for bowling a more consistent line and length.

Captain Tamim Iqbal looked to be bothered with his knee during the last game, which could be of concern for the team management.

Zimbabwe’s improved performance in the second ODI could allow them to stick to the same XI.

The pitch was on the slower side in the previous game, but it will still have some help for the seamers in the first hour, before flattening out for the rest of the day. The weather is expected to be mostly cold and dry.