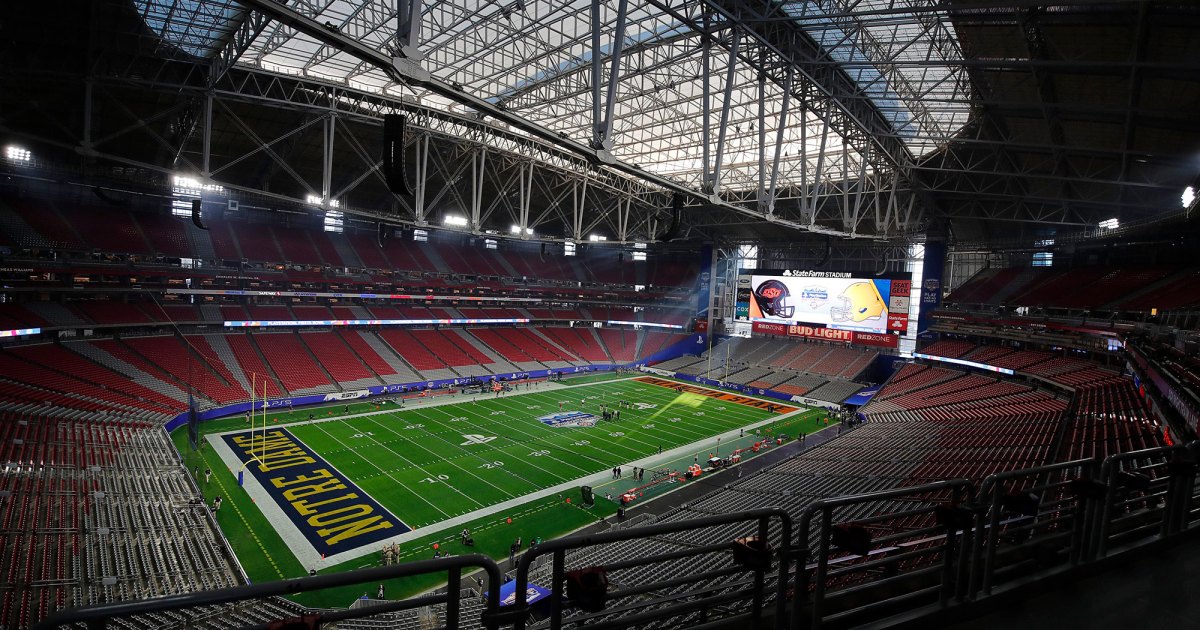 Grab your pom-poms and popcorn! Super Bowl LVII kicks off on Sunday, February 12, and sports fans near and far are already counting down the days until it starts.

The road to Super Bowl 2023 began with the NFL’s first Super Wild Card Weekend in January. Over the span of three days, 12 teams left it all out on the field to see which six teams would advance to the Divisional Round — and join the No. 1 seeds in the AFC and NFC — to make the final eight count.

The Kansas City Chiefs, who were the No. 1 seed in the AFC, remained triumphant over the Jacksonville Jaguars during their January 21 game. The NFC’s No. 1 seed The Philadelphia Eagles also remained victorious the same day in their matchup against the New York Giants.

Viewers had to watch two more games — between the Chiefs and the Cincinnati Bengals and the Eagles against the San Francisco 49ers — on Sunday, January 29, to learn who would be facing off in Super Bowl LVII.

When it came to the AFC Championship both the Chiefs’ Patrick Mahomes and Bengals’ Joe Burrow have played in a Super Bowl — and Mahomes has won one Vince Lombardy trophy. On the NFC side, Eagles quarterback Jalen Hurts and 49ers backup quarterback Brock Purdy are new to the Super Bowl conversation.

As football fans waited with anticipation to see which veteran quarterback would be back in the big game against a newbie, FOX announced which performers would be entertaining the crowd in Arizona.

Though rumors swirled that Taylor Swift would be taking the stage at the 2023 Super Bowl Halftime Show, Rihanna was confirmed as the performer in September 2022. The decision left Rihanna fans desperate for a new album and psyched for her performance and potential new music.

The “Umbrella” songstress has been toying with her loyal followers since December 2018 when she teased that her next album was coming in 2019. The record, R9, has yet to drop, but Rihanna’s Super Bowl performance has many thinking the album is near.

“If @Rihanna starts the Superbowl [sic] with fresh songs off #R9, my soul will exit this dimension, I’ll be in a trance I swear,” one fan tweeted in fall 2022. Another superfan wrote via Twitter, “RIHANNA IS DOING THE SUPER BOWL HALFTIME SHOW #R9 COMING SUPER SOON.”

The “Love the Way You Lie” singer, for her part, poked fun at how long it’s been since her last record via a January 13 teaser for her halftime gig.

In the video, Rihanna — who released the Black Panther single in “Lift Me Up” in October 2022 — walks toward the camera in a bright fur coat as voices in the background say, “It’s been two thousand hundred ninety days,” referring to the six-year wait for new songs. Another soundbite adds, “Rihanna, we’ve waited for you,” while a third voice explains, “Rihanna is who everybody is waiting for.”

The Grammy winner cheekily puts her finger to her lips in a “shhhh” gesture to the camera as her 2016 song “Needed Me” plays in the background. “You need me,” she sings on the track.

Scroll down to learn more about Super Bowl LVII:

Carrie and Aidan’s Relationship Timeline: From ‘SATC’ to ‘And Just Like That’

Always a Bride! Every Time Jennifer Lopez Wore a Wedding Dress on Screen

Why Christine Taylor Argued With ‘Brady Bunch Movie’ Director Over ‘Sure, Jan’ Scene

William H. Macy: ‘I Don’t Think’ I’d Do a Series Like ‘Shameless’ Again

Would Tobey Maguire Reprise His ’Spider-Man’ Role Again? He Says …

Theo! Dakota! Stars Who Opened Up About Going Full Frontal on Screen, Stage

‘Not Hot’! How the ‘Sex Lives of College Girls’ Cast Feels About Sex Scenes

Movie and TV Werewolves Through the Years