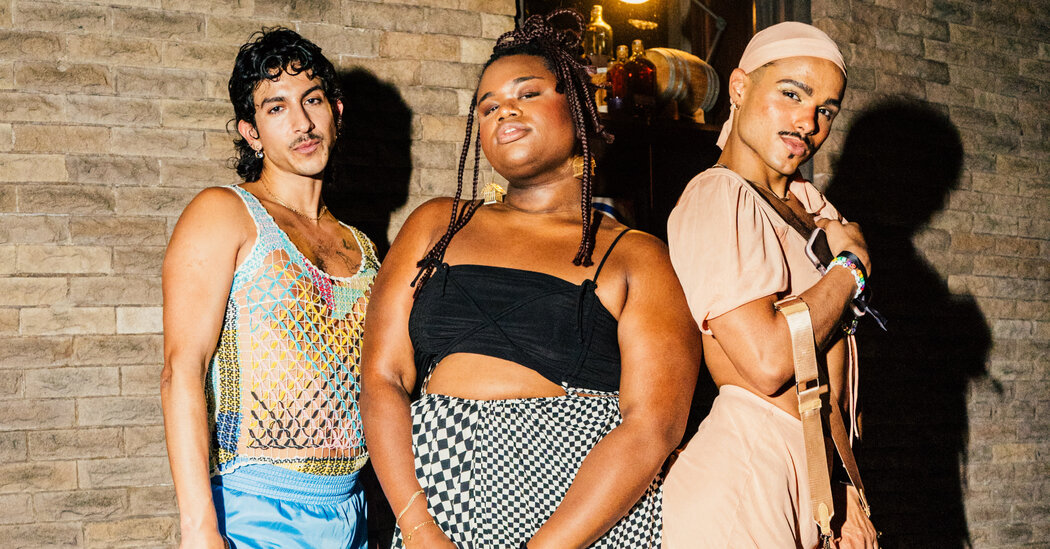 “Bodies Bodies Bodies,” the Gen Z satirical slasher film, held an outdoor screening in Brooklyn’s Fort Greene Park on Aug. 2. Moviegoers braved the humid weather in short-shorts and crop tops and sprawled out on A24-branded blankets. It was followed by cold cocktails and paletas at the Kings County Distillery.

The Shed held an opening party on Aug. 3 for Tiona Nekkia McClodden’s exhibition on contemporary Black dance, “The Trace of an Implied Presence.” The show, created in partnership with Nike, brought out a less button-down crowd to Hudson Yards.

And Net-a-Porter and Ralph Lauren held a garden party at a private house in Water Mill, N.Y. David Lauren and Lauren Bush Lauren, who were among the hosts, wore their namesake brand — naturally.

“I wore a tan three-piece set I found at a thrift store. I live for sustainable fashion and styling myself on a budget. I got the entire outfit for less than $25.” — Tomás Matos at “Bodies Bodies Bodies”

“I went to review my membership at the Shed, and they told me I had to come to this event tonight. They said I had a great look. That’s how it happens in New York.” — Michael Anthony Pegues at the Shed

The Most Dressed features great outfits from up, down and all around town.

The Return of the Ruffle

Boomers Are All the Rage

How to Banish Bathroom Clutter

What Would Donald Judd Do?