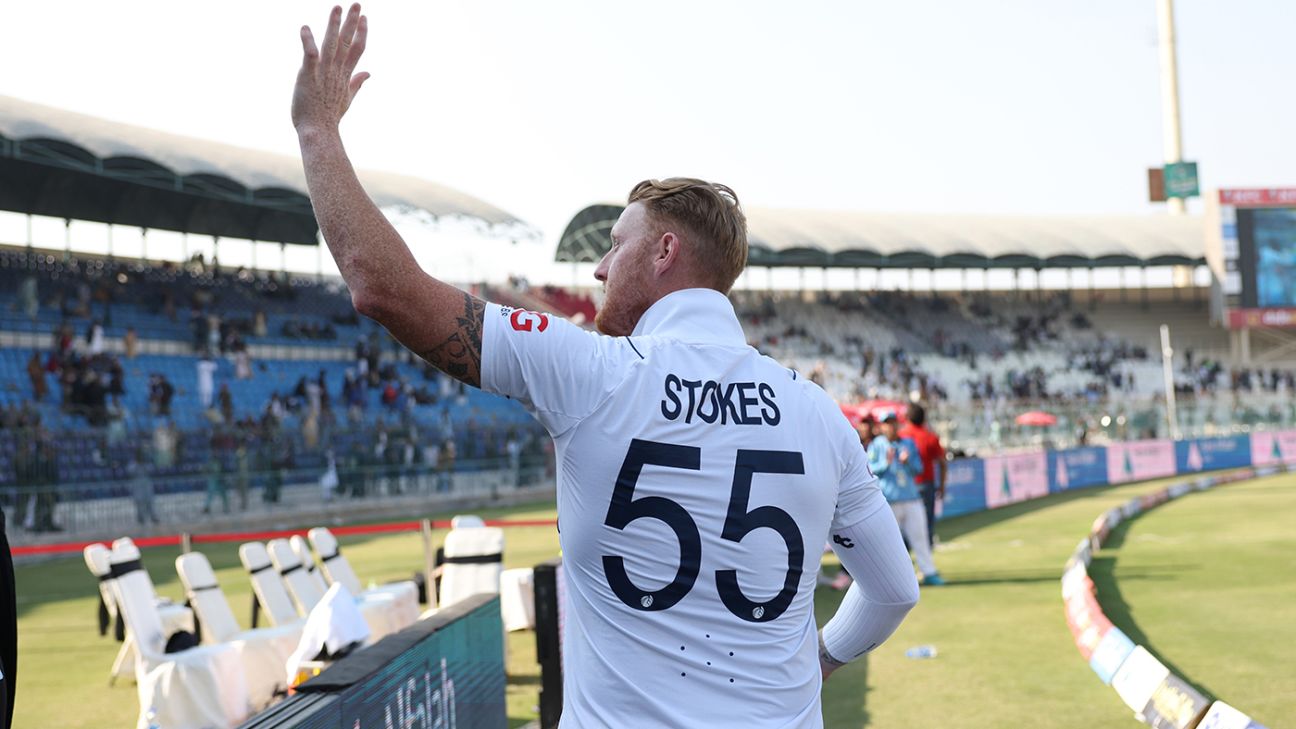 The annual ICC teams for 2022 are out, in five categories: men’s Tests, ODIs and T20Is, and women’s ODIs and T20Is. Some of the usual suspects, the cream of the crop in each format, are there, of course, but there are a few names in each XI that might make you want to turn to the ESPNcricinfo stats pages for a quick double-check.

It was the year of Bazball, and it’s no surprise that Ben Stokes will captain the team, even if it has four Australians – Usman Khawaja, Marnus Labuschagne, Pat Cummins and Nathan Lyon – in it. That’s to be expected, after all, Australia are on top of the World Test Championship table.

Second on that table are India, but after a year in which they played just seven Tests, only Rishabh Pant finds a place in the XI.

Babar is as lonely in the men’s ODI XI where, again, he is the only one from Pakistan. But he will lead the side, which has two Indians in Shreyas Iyer and Mohammed Siraj.

It’s a solid-looking side, with Bangladesh represented by Mehidy Hasan Miraz and Zimbabwe’s Sikandar Raza rewarded for a remarkable year in both white-ball formats. That aside, there are two players each from Australia (Travis Head and Adam Zampa), New Zealand (Tom Latham and Trent Boult), and West Indies (Shai Hope and Alzarri Joseph).

But 2022 was a T20 World Cup year, unlike 2023, an ODI World Cup year where the teams will be playing a lot more 50-overs cricket. So we might have a better idea about the ODI worth of the best players in the world around this time next year.

Raza is in this XI too, as are Josh Little from Ireland and Wanindu Hasaranga from Sri Lanka, all big performers through the year and especially at the T20 World Cup.

England won that tournament. Jos Buttler led them there and will lead the team here. Sam Curran was the performer of the tournament for England, and is here too. India are well represented by Virat Kohli, Hardik Pandya and Suryakumar Yadav, perhaps the most talked-about player in the format last year. And, to round things off, there are Mohammad Rizwan and Haris Rauf from Pakistan and Glenn Phillips from New Zealand.

If the men played a T20 World Cup in 2022, the women played their ODI World Cup. Australia won. Alyssa Healy and Beth Mooney, two of their best batters in the competition, made this XI. The team they beat in the final, England, also have two representatives – Nat Sciver and Sophie Ecclestone, the bowler of the year, arguably.

India, who failed to make the final four, actually have three star performers here: Smriti Mandhana, in a mouth-watering opening combination with Healy, Harmanpreet Kaur, also the captain, and Renuka Singh, the swing bowler who had such an impressive year.

The best represented team is, incidentally, South Africa, with Laura Wolvaardt, Ayabonga Khaka and Shabnim Ismail. And there can’t be a world XI without Amelia Kerr, who rounds off the 11.

If Mandhana is marked to open with Healy in ODIs, she had Mooney for company in T20Is, where Renuka features as well, along with two other Indians: Deepti Sharma and Richa Ghosh, the young wicketkeeper who is currently playing in the Under-19 World Cup.

Mooney aside, the T20I XI has two other Australians, Ashleigh Gardner and Tahlia McGrath, another player who made rapid strides in 2022 across formats.

The captain of the side, however, is neither Australian nor Indian, but Sophie Devine, the New Zealand allrounder. Two other Asians complete the XI: Nida Dar of Pakistan and Inoka Ranaweera of Sri Lanka.