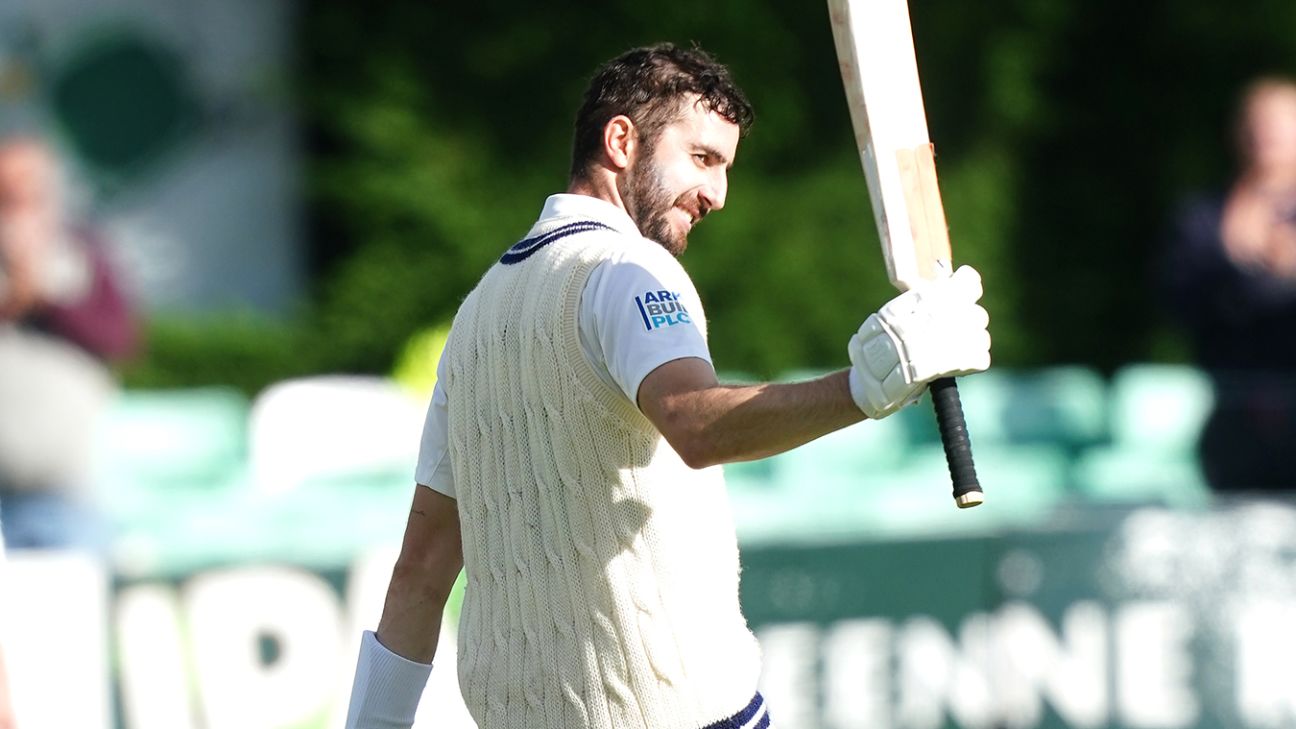 From one perspective this day hinged on the skilful leg-glance played by Stevie Eskinazi off Ed Barnard a few seconds before four o’clock on the sort of sunlit afternoon that makes one smile in fond regret that the season is ending. Yet the emotions expressed by the gaggles of Middlesex supporters around New Road when the ball crossed the rope at the Diglis End had nothing to do with autumnal lyricism. What mattered to the visiting spectators was the simple fact that their side had reached 400 and were therefore all but certain to be playing Division One next April.

It is, of course, a points thing. Having collected eight for their efforts in this match, all that Tim Murtagh’s players need to do on the final day of the season is avoid defeat and Glamorgan will not be able to overhaul them, even if they defeat Sussex at Hove. Given that Worcestershire will begin their second innings tomorrow morning with a deficit of 284 runs, the chances of Middlesex losing can be discounted. The goals set at the beginning of the year by the hierarchy at Lord’s, including the new head coach, Richard Johnson, will be achieved and will assume physical shape in bottles of champagne and all the nonsensical frolics that generally accompany late September. No one will begrudge Middlesex’s players their celebrations, certainly not their Worcestershire counterparts. They know what those days are like, too.

The only speck of rain on Middlesex’s parade is that they are just as unlikely to win the Division Two title. For that to happen, Durham, who are already two wickets down, would have to score 563 more runs to win on the final day at Trent Bridge, an achievement so unlikely that one smiles again, but this time in admiration that a game so richly textured and statistically bizarre as cricket could produce it. And finishing second will be good enough for Middlesex. Winning promotion from the Second Division is more important than winning the title itself, although that should not detract from Nottinghamshire’s achievement.

This, though, was a day that belonged to three Middlesex batters at New Road, and one hopes that Toby Roland-Jones, who made an unbeaten fifty late in the evening when it really didn’t matter that much, is not offended by his omission from that list. Instead, we can acknowledge the achievement of a trio of mainstays in Middlesex’s top order: Eskinazi, who made a fine century; Pieter Malan, who laid the foundations for his side’s achievement with a technically accomplished 93; and John Simpson, who made 92, thereby reaching a thousand first-class runs for the first time in his 14-year career, and thus became the first Middlesex batter to achieve the feat since Keith Brown in 1991.

And this was also a richly satisfying day for the neutrals, too. Indeed, the morning session offered a reminder of what we shall miss like hell in just a few weeks’ time. Max Holden went early, caught behind by Gareth Roderick when he jabbed down hurriedly on a fine ball from Josh Tongue, but Malan and Eskinazi then played beautifully for an hour, scoring runs through the off side with as much ease as one could wish. Then Malan was gone for 93, beaten all ends up by a fearsome ball from Matthew Waite that broke back from the off and lifted viciously.

It had been a fine, diligent innings and it was difficult to think of a batsman who could have dealt with the ball that ended it. Malan strolled off but not without three or four reproachful glares at the spot where the ball had bounced and spat. Had Worcestershire’s bowlers hit that spot more frequently Middlesex’s task in making 400 runs in 110 overs might have been altogether more difficult, but Eskinazi and John Simpson went about their business reassured that if they could survive the good balls, a pleasant half-volley would come along fairly soon.

Both batters needed luck but Simpson is in the form of his life – this was the ninth time he had passed fifty in 19 Championship innings – and batters in that sort of nick carry a certain assurance with them. It is expressed in their shot selection – and maybe their good fortune, too. In any event, Simpson and Eskinazi’s fifth-wicket stand of 157 all but put the seal on their team’s overall triumph.

When Simpson was bowled around his legs by Ben Gibbon, who, along with Dillon Pennington, was the pick of the Worcestershire attack, Middlesex needed 39 runs off 10.3 overs to clinch their fifth batting bonus point. Ryan Higgins whacked a useful dozen of those runs but the real honour was left to Eskinazi, who has richly enjoyed the final couple of months of the season.

“It was a phenomenal day’s cricket and it’s probably up there with the best in my career given the context of how important this first innings was for our promotion hopes, and how difficult conditions for batting were and the pressure of having worked so hard all year,” he said.

“It’s been an angsty last two or three weeks, looking at different permutations, different results, but we knew that we had things in our own hands. The beauty of today was that if we had made 399 and Sussex had lost, we could have played as well as we have this year and still not gone up.”