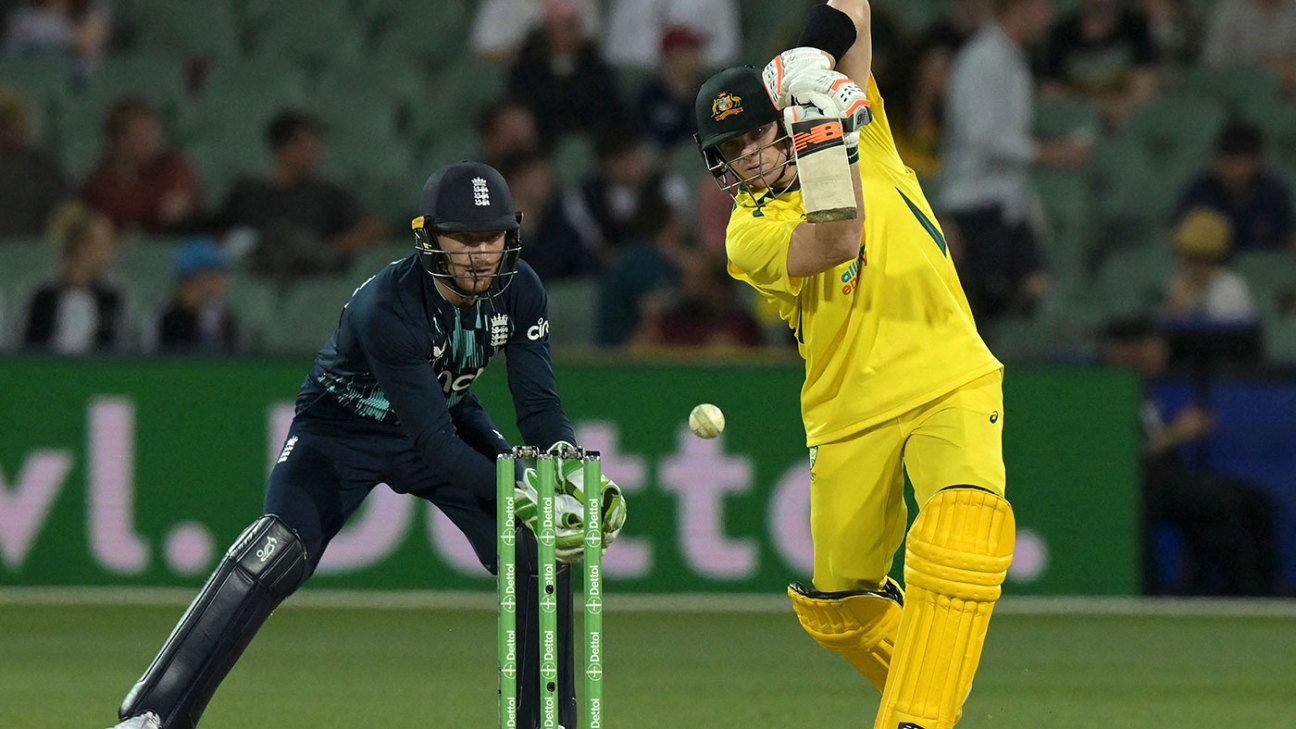 A buoyant Steven Smith has proudly announced his superb one-day innings against England was the best he has felt batting in six years.

The bold claim from one of the country’s greatest batters will strike fear into West Indies and South Africa ahead of the Australian Test summer.

Smith belted an unbeaten 80 from 78 balls at Adelaide Oval on Thursday to help Australia secure a 1-0 lead in the three-match ODI series against world champions England.

“[It] was probably the best I’ve felt in about six years,” Smith told reporters. “I was just in really nice positions and I felt really good, I honestly haven’t felt that way in six years or so. It’s been nice to score some runs in that time and we’re always looking for perfection, and for me yesterday was as close to perfection as I will get.”

Smith credits a year-long process to help rediscover his best stance and technique which now sees him not taking the pronounced jump across the crease and staying more side-on to the ball.

“[It was] much better yesterday,” he said. “In Cairns on a slow wicket I still felt a little bit rushed and wasn’t quite happy with the positions I was getting in whereas yesterday I just felt, a couple of the cover drives I hit, I know I’m batting really well when I’ve got my weight going through the ball.”

Smith was left out of all but one game during the recent T20 World Cup campaign but in ODI cricket has been able to retain a remarkable record. Since returning from his ban at the 2019 ODI World Cup, he has averaged 54.84 in ODIs, which goes up to an even more impressive 66.13 since the start of 2020.
The six-year timeframe mentioned by Smith since he last felt so good at the crease includes his remarkable 2019 Ashes in England where he averaged 110.57. And over the last six years, since 2016, he has averaged 61.77. However, for his lofty standards, Smith has experienced a lean period in the Test arena with just two centuries since the 2019 Ashes.

“I’ve been working on a few things, it’s almost been a six-month or 12-month process,” Smith said. “The start of last summer, I tried to get my hands back to where they were in 2015.

“I feel like I’m staying a bit more side-on now and I’ve got my feet and hands in sync together. [Thursday] was probably the first time I’ve actually had extended time in the middle with that change.

“It’s hard to base something on one innings but it felt as though things clicked for me like they did at the WACA in 2013. Hopefully it’s the start of a big summer.”

Smith is averaging 60.00 from 87 Tests with 28 centuries ahead of a jam-packed 12 months for Australian cricket.

After two Tests against West Indies and a three-match series with South Africa, Australia will head to India in February to battle for the Border-Gavaskar trophy. If they gain enough points in those series there will be a World Test Championship final in early June before the Ashes series in England.