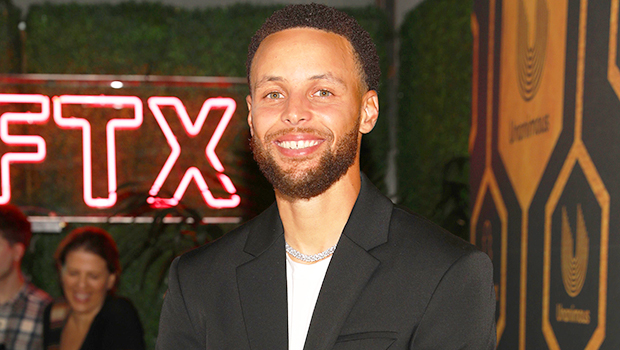 “What’s up, SUGA? How are ya doing?” asked Steph Curry when meeting with the BTS singer on Sept. 29 in Minato-ku, Tokyo, Japan. Steph, 34, and the rest of the Golden State Warriors were overseas to play a pair of preseason games in Japan, and Suga, 29, made time to meet up with the NBA Champ. During the meeting, Steph shared that his family – specifically his kids, Riley, Ryan, and Canon Curry – were huge fans of SUGA’s band. “You guys gotta keep singing your songs,” Steph said while he and SUGA posed for the “selfie of the year,” per the Warriors’ official Twitter. “All love,” added Steph.

“When legends meet legends,” one fan said in response to the meeting. During SUGA’s visit, he met up with other Warriors like Draymond Green and Klay Thompson, seemingly gifting them all signed copies of BTS’ 2022 album Proof. SUGA is expected to attend one of the two preseason games (the Warriors play the Washington Wizards on Sept. 30 and Oct. 2). Days before the meeting, SUGA posed with his own Warriors jersey, showing his support for the defending NBA champions.

SUGA’s the second major Kpop star supporting the Dubs. Got7’s BamBam is a fan, according to Sports Illustrated. BamBam came to the Bay Area for a performance at Chase Center, so fans will have to see if SUGA decides to play the halftime show during one of the Warriors’ regular season games.

“We are honored to tip off the 2022-23 NBA season in Japan,” said Warriors President & Chief Operating Officer Brandon Schneider in a statement released in March, after the NBA announced the preseason games. Japan becomes the sixth country outside of the U.S. to host an NBA game (with Canada, China, France, Mexico, and Spain being the others.) “Throughout our four-plus year partnership with Rakuten, we’ve forged many deep, meaningful relationships in Japan,” said Schneider. “Participating in the upcoming NBA Japan Games gives us great optimism about the continued growth of basketball around the world and the opportunity to unite through a shared love of the game.” The Warriors last performed in the NBA Global Games in Chin in 2017.