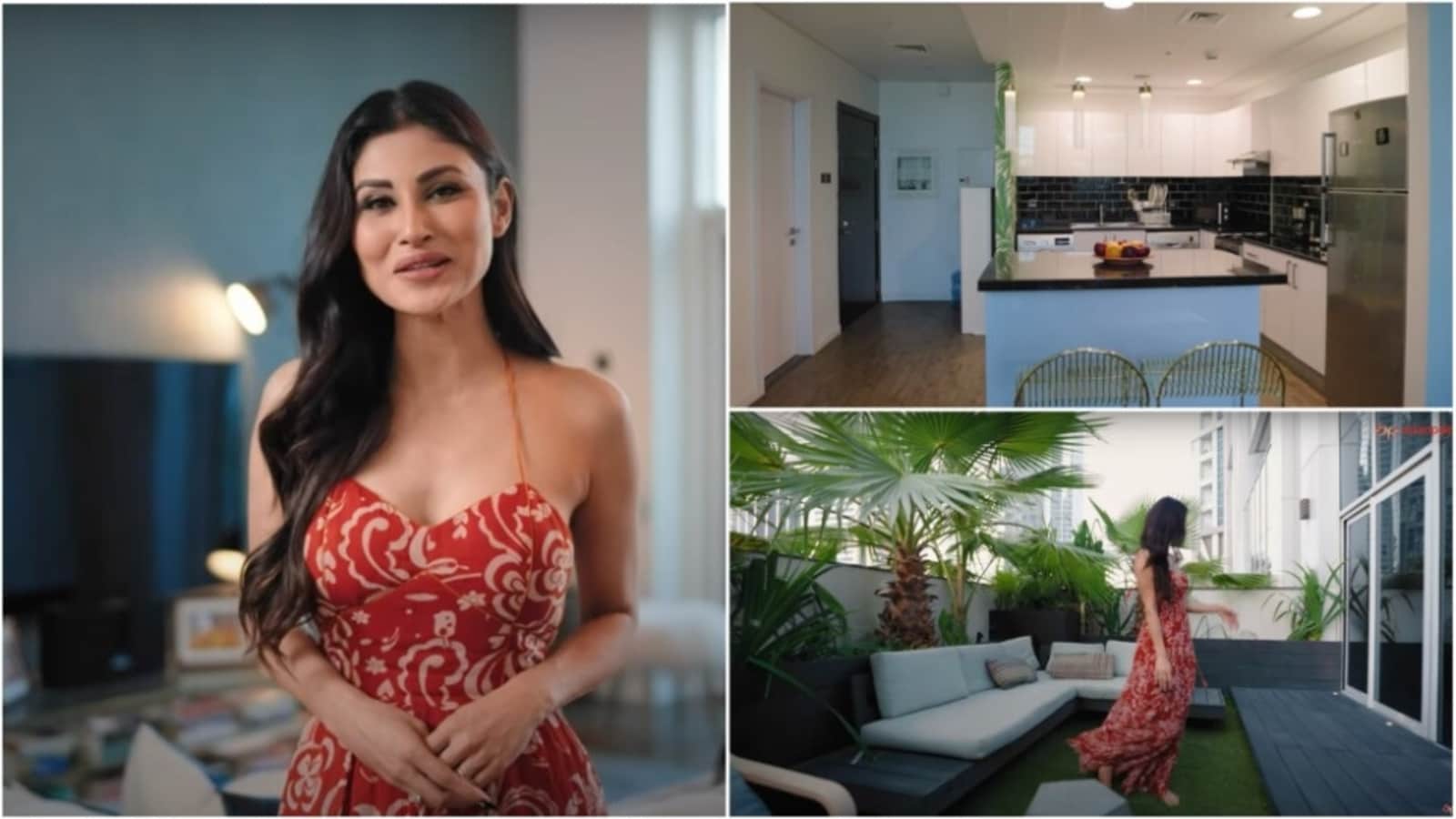 Actor Mouni Roy is the latest desi celebrity to feature in an episode of Asian Paints’ Where The Heart Is. In the video series, celebrities show fans around their homes and what makes them so special. Mouni lives in Mumbai with her husband Suraj Nambiar. (Also read: Step inside Rajkummar Rao’s minimalist house)

In the video, Mouni welcomes viewers into her spacious living room with a large TV screen behind her, a cream-coloured large sectional opposite it and a lamp with a fabric shade that swoops over on the couch. Behind the couch is a round dining table with four chairs in blue velvet fabric. Above it, hangs a Sputnik style chandelier.

The most beautiful part of her home is likely the outdoor seating area. With multiple seating options, large plants to maintain the couple’s privacy and a large sheet of fake grass is also seen in the area. Mouni and Suraj share a few laughs at this spot, before she moves on to her kitchen. It has pristine white cupboards and a backsplash in glossy black subway tiles. She also has a kitchen island flanked by two golden metal chairs. Her appliances like the stove, the fridge, washing machine and dishwasher are all in chrome finishes.

Talking about the home, Mouni said, “Home has never been a place, it has always been my people, my family. Now that I am all grown up, I realise it is very important to have a materialist sense of belonging, a space that you can come back to. Home is wherever I need to be and I need to set up that place with as much love with a feeling that it’s my home, it’s my space.”

Mouni and Suraj, who is a businessman, got married in January. They had a private wedding with only their closest friends and family in attendance. Mouni was last seen in Ayan Mukerji’s Brahmastra as the antagonist Junoon.