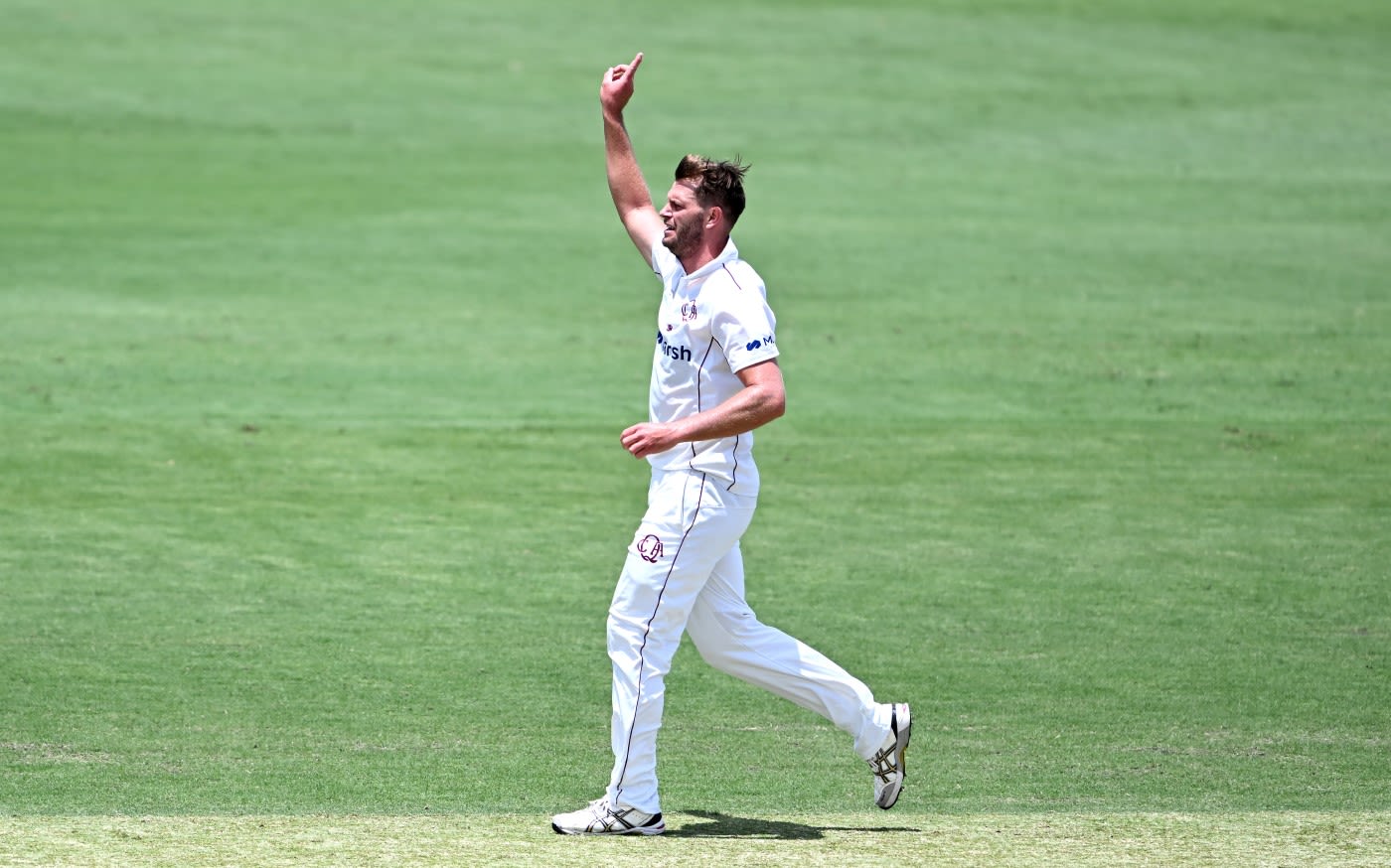 Mark Steketee and Michael Neser have helped reduce Victoria to a 95-year low before Neser chimed in with the bat to leave Queensland well on top in their Sheffield Shield clash at Allan Border Field.
Victoria were skittled for 63, their lowest Shield total since 1927, as the Bulls pace duo Neser and wreaked havoc. Queensland went to stumps 6 for 130 with a lead of 67, mainly thanks to Neser’s unbeaten 30 off 43 balls.

The fringe Test hopeful put on 42 with Jimmy Peirson after the Bulls had fallen to 5 for 79 and in danger of spoiling their barnstorming start. Neser and Steketee entered the clash as the leading wicket-takers this season and their reputations were further enhanced following a magical few hours in Brisbane on Thursday.

Steketee finished with 5 for 18 off 11 overs while Neser returned figures of 4 for 22 off 12.4 overs. Only three of Victoria’s batters reached double figures in what was their fourth-lowest total on record.

Neser started the carnage by bowling Travis Dean for a duck with the third ball of the day. The in-form Marcus Harris followed soon after, closing the face too soon and ballooning a leading edge to Marnus Labuschagne at cover.

Peter Handscomb entered the match with 518 runs to his name this season at an average of 172.7. But he was out for 5 when trapped lbw by Neser, leaving Victoria rocking at 3 for 5. Alarm bells rang ever louder when Nic Maddinson and Sam Harper fell cheaply to leave Victoria at 5 for 13 after nine overs.

Wickets continued to tumble with only 20-year-old Ashley Chandrasinghe able to offer any semblance of resistance in what became a painful fight for survival.

Amazingly, the damage could have been even worse for Victoria. Harper was lucky to survive a strong lbw shout when he shouldered arms to a Steketee delivery that seamed back sharply in line.

The Bulls also dropped two catches during the morning session – both off the bowling of Neser.

Neser would have had figures of 4 for 4 had Usman Khawaja held onto a sharp chance at third slip when Will Sutherland was yet to score. The star paceman then watched on in agony as another chance went begging – this time when Khawaja and Joe Burns clattered at slip to drop a Mitchell Perry edge.

Queensland moved to 0 for 39 in their reply before losing Burns and Matt Renshaw in consecutive overs shortly before tea. Labuschagne’s indifferent start to the summer continued and when Khawaja edged Cameron McClure behind the visitors were back in the contest.