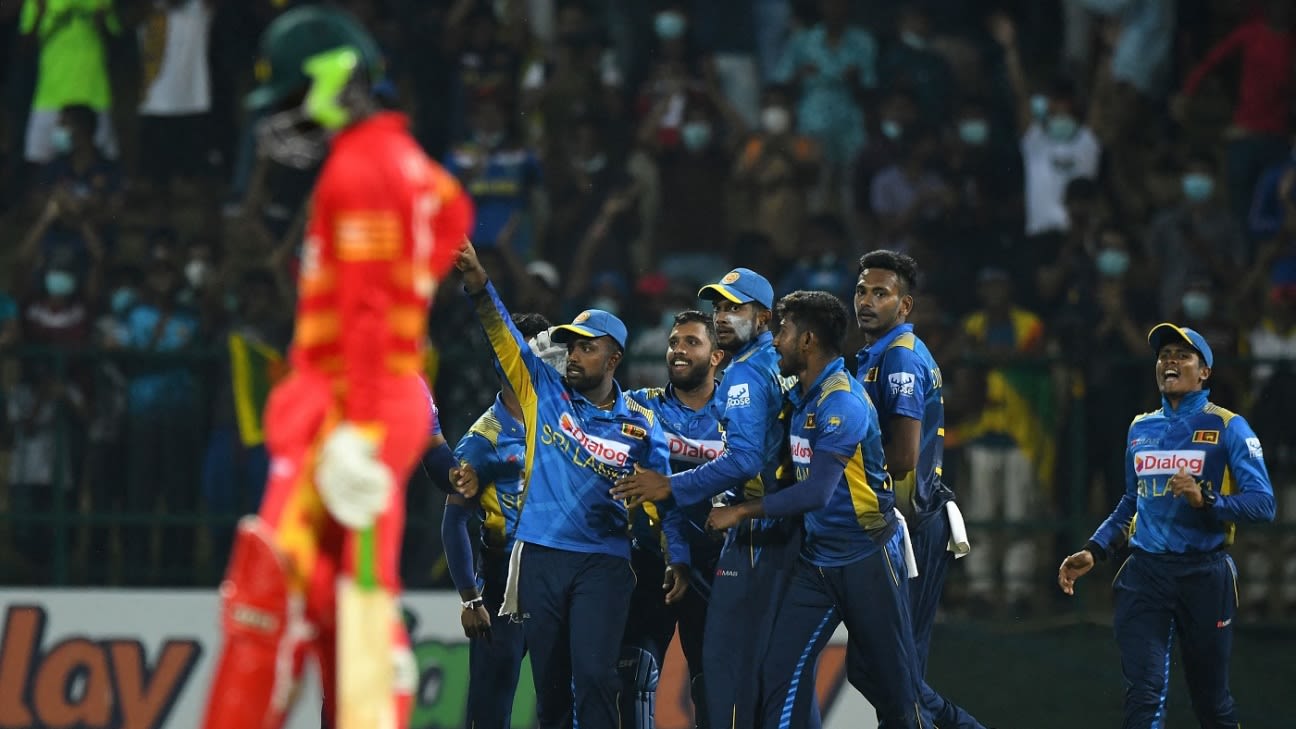 Vandersay picks up 4 for 10 in 7.4 overs as hosts bowlers run rampant

Sri Lanka’s bowlers ran rampant in the early overs of Zimbabwe’s chase reducing the opposition to 20 for 3, then 31 for 5, and eventually 70 all out, decimating their hopes of chasing down 255 and claiming a series victory.

Dushmantha Chameera blasted out the first two wickets, before the spinners claimed the limelight – Maheesh Theekshana squeezing one between Sean Williams’ bat and pad, Jeffrey Vandersay taking four of his own, before Ramesh Mendis also took two. Somewhere in that cascade of wickets, seamer Chamika Karunaratne struck too, to remove the dangerous Sikandar Raza.

After 15 overs, Zimbabwe were 37 for 5, the required rate had crept above six, and the chase was essentially buried. Ryan Burl and Tendai Chatara fought briefly to put up 18 for the ninth wicket – the best stand of the innings. But it was all over by the 25th over, with Vandersay scything through the lower order.

The collapse was particularly disappointing for Zimbabwe, because their attack had operated with such discipline to keep Sri Lanka to a manageable total. Where Zimbabwe’s own batters had put up totals in the 300 range batting first in the two previous matches, Sri Lanka lurched only to 254 for 9, with each of their top eight getting to double-figures, but only Pathum Nissanka and Charith Asalanka managing half-centuries.
Zimbabwe’s had been a collective bowling effort. Richard Ngarava claimed 2 for 46 from his nine overs while Chatara, Blessing Muzarabani, Wellington Masakadza, Ryan Burl, and Sean Williams all claimed one wicket apiece. Aside from with Nissanka and with Kusal Mendis, who shared an 80-run opening stand, Zimbabwe never let another pair prosper for long, the next-best partnership coming much later in the innings, when Karunaratne and Ramesh Mendis put on 48 together.