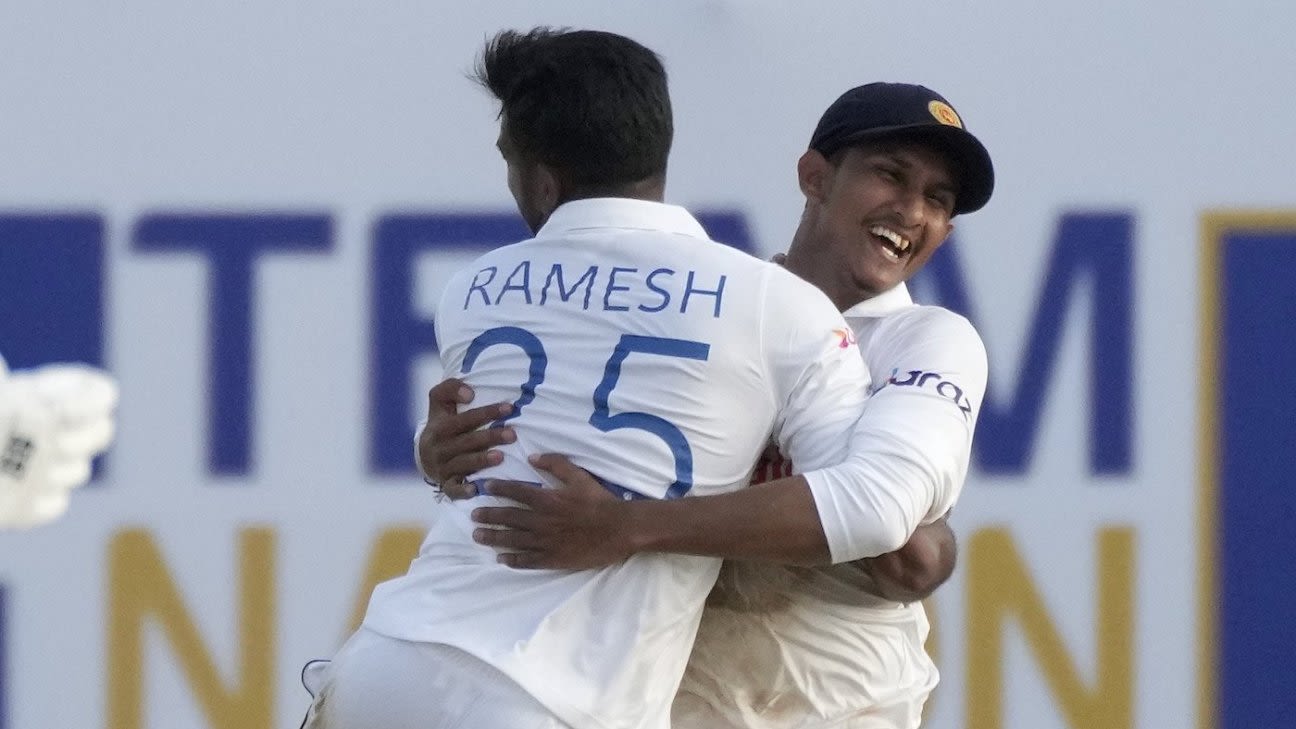 Despite Chase’s five-for, visitors are 273 runs behind Sri Lanka

West Indies worked themselves back into the game in the first two sessions, taking Sri Lanka’s last seven wickets for 105. But then they gave up all the ground they had gained in the evening, losing six wickets for 54 runs.

Essentially, what this means, is that despite Roston Chase‘s five-wicket haul, West Indies are 273 runs behind Sri Lanka, with only four wickets remaining. They bat deep, but the pitch is already taking substantial turn, particularly for Sri Lanka’s spinners. So dominant were the slow bowlers of both sides on day two, that no batter could make a half-century; Dinesh Chandimal and Kraigg Brathwaite came closest, hitting 45 and 41 respectively.
Sri Lanka lost their overnight pair in the first hour, and lost the remainder of their batters either side of lunch, but still, it was the last session of the day that was most dramatic. West Indies had restricted Sri Lanka to 386 – a good score, but not the gargantuan one that the hosts had threatened at the end of day one. Brathwaite and makeshift opener Jermaine Blackwood (he was taking the place of the concussed Jeremy Solozano, with concussion substitute Shai Hope to come in at No. 4) made a half-decent start, too, putting on 46 for the first wicket. But as is often the case in Galle – though often not as early as the second day – once one partnership is broken, several wickets fall in quick succession.