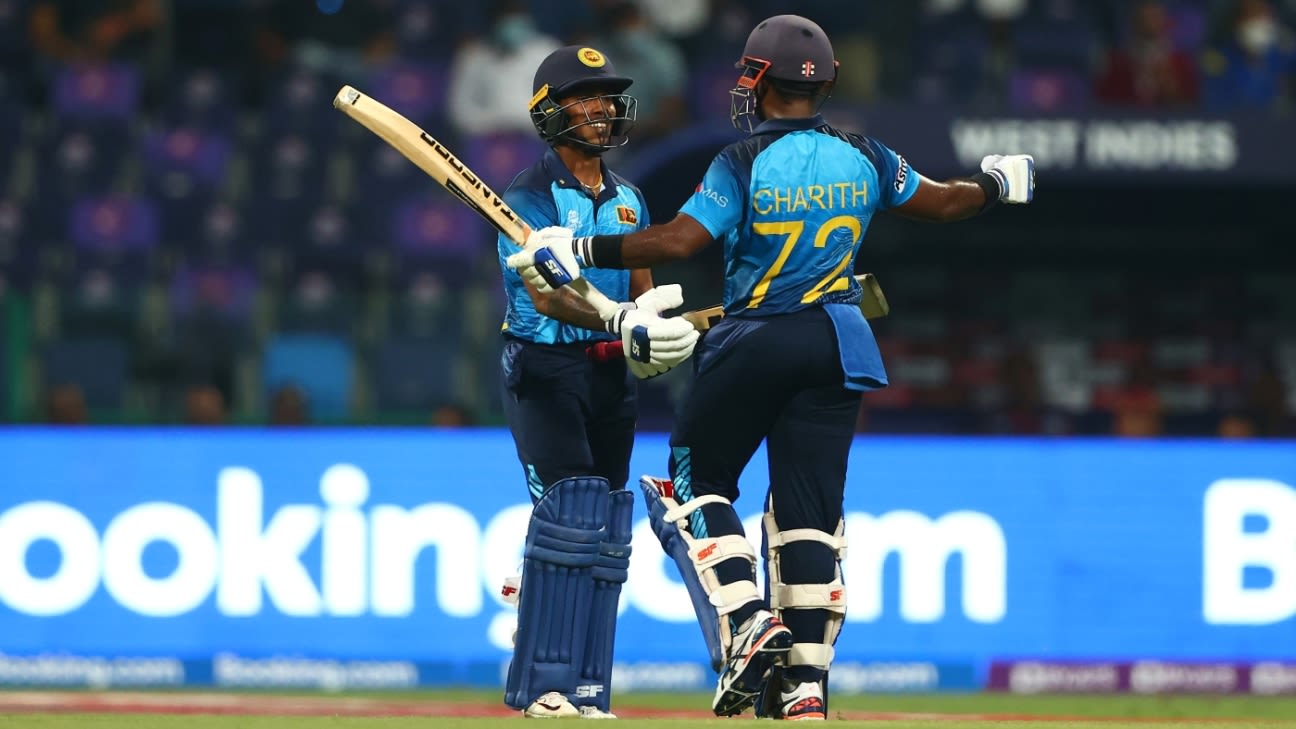 The kids are alright. Both Sri Lanka’s and West Indies’.

In a game featuring some of T20s greatest names – Chris Gayle, Dwayne Bravo, Kieron Pollard etc – it was a group of players under 27 that really shone. Perhaps the baton has been passed.

For Sri Lanka, their two best batters of the tournament, Charith Asalanka (aged 24), and Pathum Nissanka (23), put on a 91-run stand off 61 balls for the second wicket, to help set up a total of 189 for 3, which always seemed commanding, even on a good Abu Dhabi pitch.
Both hit fifties, but Asalanka’s was the better one. He struck 68 off 41, cracking a six and eight fours. In defence of a pretty big total, Wanindu Hasaranga (24), took two further wickets to finish at 16 for the tournament – a T20 World Cup record.
For West Indies, the greats didn’t really show, but two young batters did, and despite the incompetence around them even got West Indies to within 20 runs of Sri Lanka’s total. Twenty-four-year-old Shimron Hetmyer‘s 81 off 54 was the more substantial of the two. Nicholas Pooran (26) hit 46 off 34. No other West Indies batter made double figures.