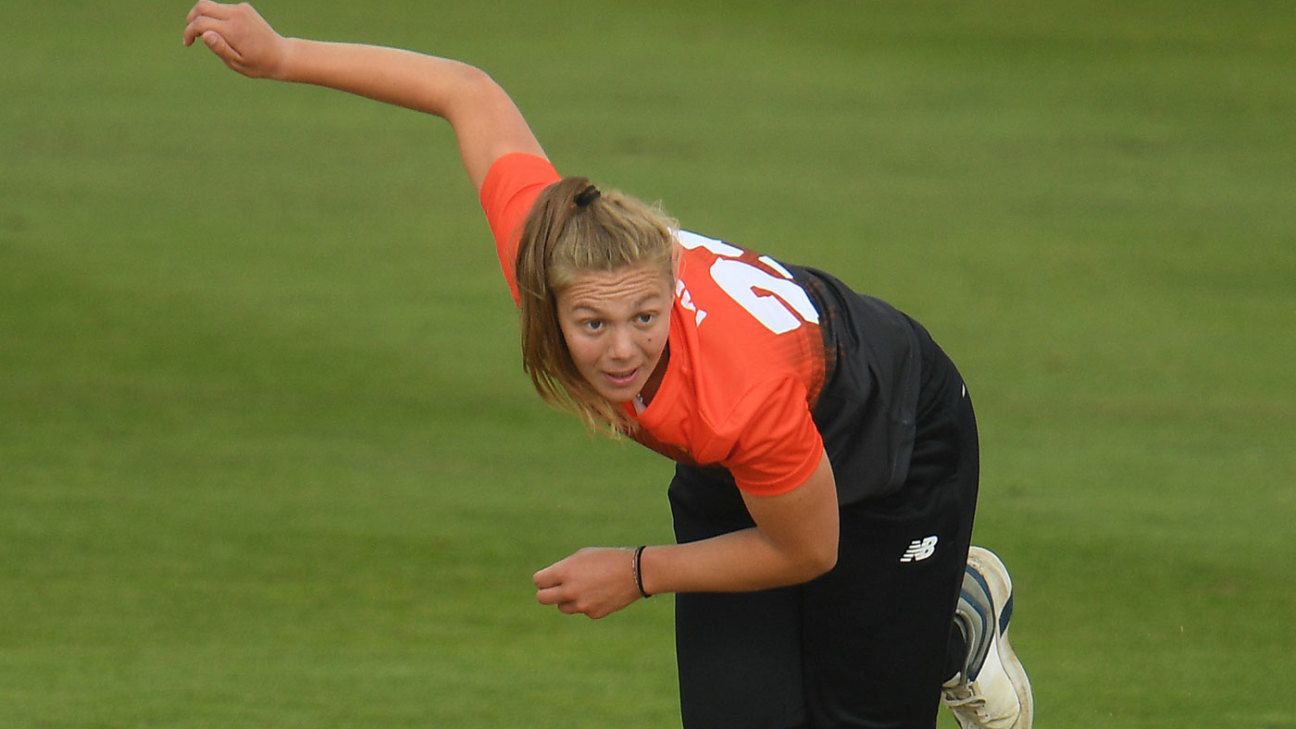 Kate Cross half-century, two-for in vain as Thunder bow out of contention

Seamers Tara Norris and Paige Scholfield shared seven wickets as defending champions Southern Vipers took a significant step towards the Rachael Heyhoe Flint Trophy final by beating Thunder by three wickets at Sale.
In bowling Thunder out for 110 inside 33 overs, left-armer Norris and Scholfield returned career best List A figures of 4 for 14 and 3 for 16 respectively, with England star Kate Cross the hosts’ lone hand with a fluent 57.

A fourth win from five games consolidates top spot in the table with two rounds remaining. If they finish there, they will advance directly to the September 25 final at Northampton.

After electing to bowl on an unsettled morning, Vipers were quickly in and amongst the home top order in front of a 250 capacity crowd following the cancellation of Old Trafford’s Test just a couple of miles down the Chester Road.

Lauren Bell bowled Georgie Boyce and Seren Smale with successive deliveries to leave Thunder 12 for 2 in the third over. Smale, aged 16, was the victim of a devastating yorker for a golden duck on debut before a number of her team-mates miscued shots.

Aside from Cross, Lamb was the only other Thunder batter to reach double figures on a good pitch in front of a crowd including a fancy dress dinosaur, cavemen and wizards.

Cross drove particularly well and reached her sixth career List A fifty off 75 balls with a six over long-on. By that time, Thunder were 96 for 7 in the 29th over, and she was later last out when she clothed Norris to mid-off.

Cross, an almost certain selection in England’s ODI squad for the forthcoming New Zealand series, continued her excellent day by getting Georgias Adams and Elwiss caught behind as the chasing Vipers fell to 46 for 3 in the 11th over.

That became 68 for 5, including the loss of opener Ella McCaughan for a busy 41 to Alex Hartley. Hartley and fellow left-arm spinner Hannah Jones struck again, reducing Vipers to 106 for 7, but calm Windsor drove the winning runs down the ground in the 34th over.

Thunder’s third defeat means they are all but out of knockout contention.