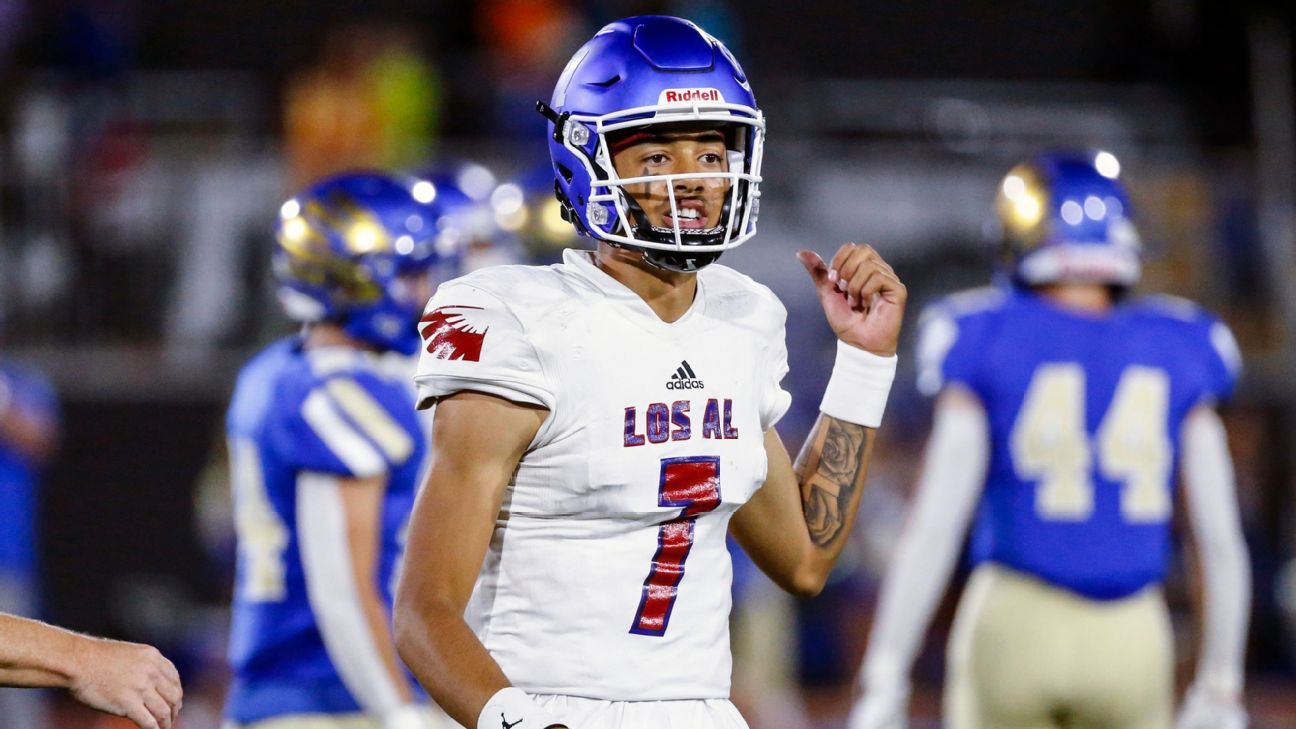 Nelson, a 6-foot-3 quarterback out of Los Alamitos High School in Los Alamitos, California, did inform USC head coach Lincoln Riley and the program that he would be visiting College Station, Texas, sources said. Under head coach Jimbo Fisher, the Aggies put together the top recruiting class in 2022.

Nelson flipped his commitment from Oklahoma to USC in November after the Trojans hired Riley away from the Sooners to be USC’s next head coach. The move had a ripple effect that prompted multiple decommitments from Oklahoma, including Nelson, who immediately committed to Riley and USC.

Despite what seems to be a surprise visit to Texas A&M this week, Nelson remains officially committed to the Trojans and Riley.

Should it remain that way, Nelson will headline Riley’s first full recruiting class next year and arrive on campus as the likely quarterback of the future for the Trojans.