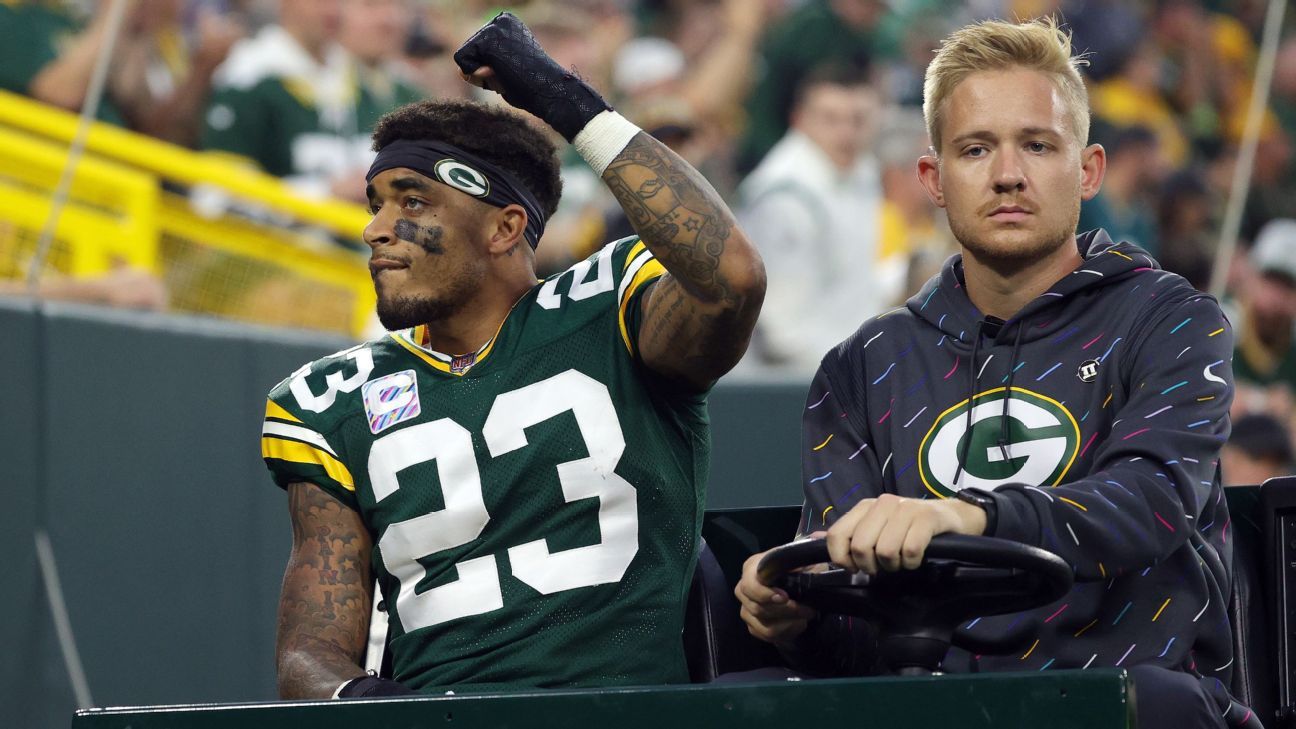 The Green Bay Packers placed Jaire Alexander on injured reserve because of a sprained AC joint, but the star cornerback’s absence could extend well beyond a few weeks.

Doctors are expected to decide in the next two weeks whether Alexander, one of the top defensive players in the NFL, will miss multiple weeks or the remainder of the season, sources told ESPN.

Alexander already has had multiple doctors review the test results, and more opinions are expected over the next two weeks before a determination is made, one source told ESPN. Doctors want to see both the test results and how well Alexander’s shoulder heals over a short period of time.

If Alexander needs surgery, which remains a possibility, his season would be over — which would be a significant loss for Green Bay’s defense.

Aside from the physical component, there also is a financial component that plays into Alexander’s future. He currently is in the fourth year of a five-year contract, and both Alexander and the Packers want a long-term contract done sooner rather than later. The deal is expected to be among the richest contracts ever given to a cornerback.

Alexander, 24, suffered the injury while making a tackle in Green Bay’s Week 4 victory over the Pittsburgh Steelers. The 2020 Pro Bowler will miss at least three games after being placed on IR on Saturday.

“It’s just one of those things we’re going to let heal and see where it’s at down the line before making that determination,” Packers coach Matt LaFleur said Friday. “But we’re hopeful that it’ll heal the right way and he’ll be back with us in a matter of weeks.”

Max Verstappen has never looked more like a champion

MLB playoffs 2021 – Love them or hate them, the Houston Astros are really this good

Southern Miss to join Sun Belt Conference as early as 2023