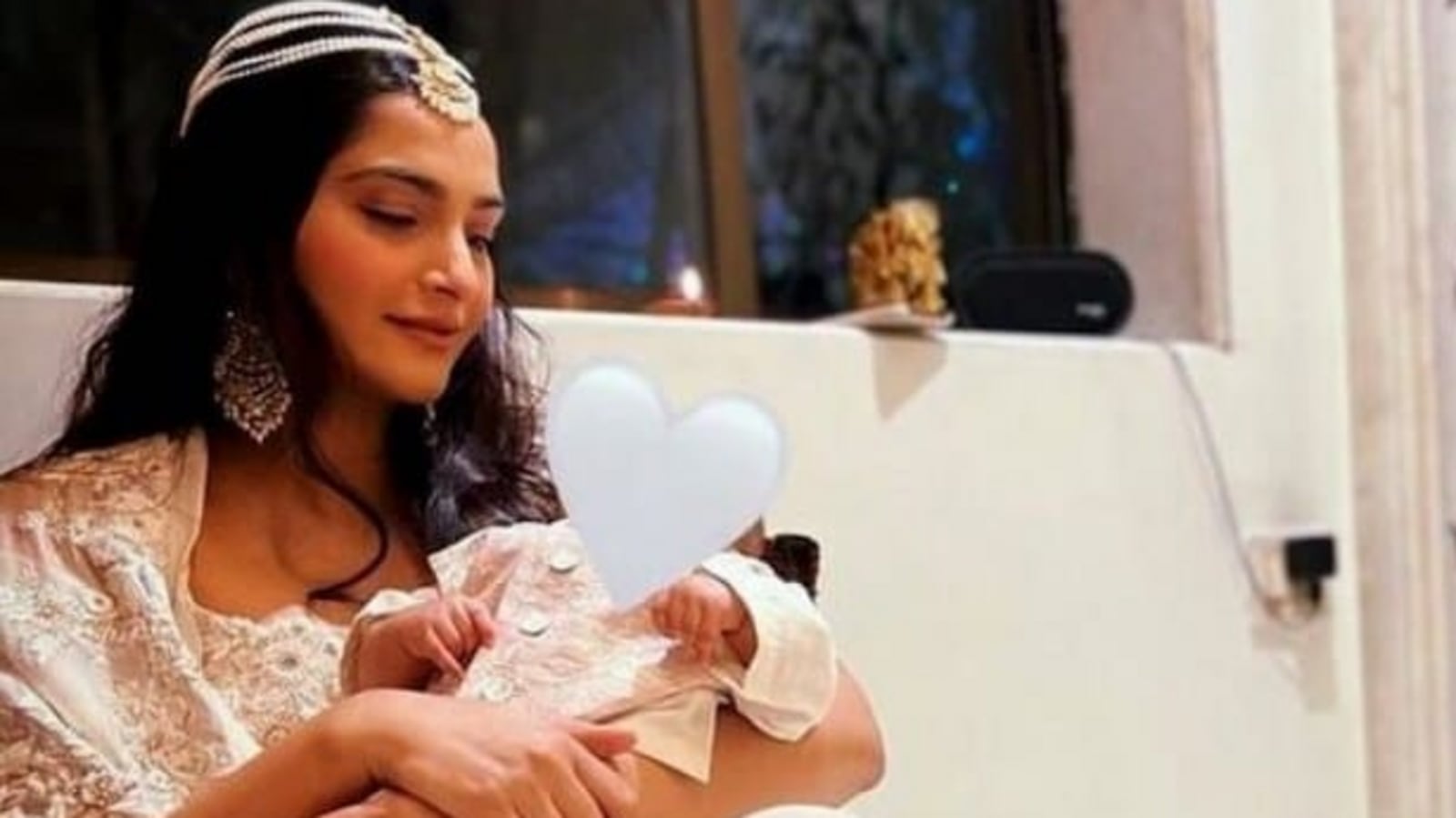 Sonam Kapoor and Anand Ahuja welcomed their son Vayu Kapoor Ahuja on August 20. The actor had earlier opened up about her pregnancy journey in an interview during her last trimester. On Sunday, Sonam took to Instagram Stories to share details of her delivery, and also her post-natal journey since Vayu’s birth. The actor said she had a ‘quick birth’, and has been ‘breastfeeding easily’. The new mom also shared the steps she took to ensure she had no stretchmarks. Also read: Sonam Kapoor and Anand Ahuja welcome a baby boy

In a series of notes shared on Instagram Stories, Sonam Kapoor also gave details of the products she has been using as a new mother. The actor started by saying, “I have been now getting a lot of questions on my pre-natal, pregnancy and post-natal (journey). I will do my best to answer and do stories on everything and add it to my highlights (on Instagram).”

Speaking further about her doctor, Sonam wrote, “She was a practicing ob-gyn (obstetrician-gynecologist) in London’s NHS and was disillusioned by the crude and detached way mothers were dealt with. So, she tried to find a gentler and kinder method. She uses a lot of Ayurvedic practices, creative healing and homeopathy. I’ve followed her blindly. I’ve had a natural birth thanks to all her teachings and I’m breastfeeding pretty easily…”

The actor further shared the steps she took during her pregnancy that ensured she did not get stretch marks. Sonam wrote, “Besides the linea nigra, I don’t have any stretch marks at all. I’ve used a combination of these two products (which she shared a picture of) three times a day on my whole trunk area up to my thighs. I also drank collagen, had vitamin C and a lot of protein.”

Sonam further spoke about pigmentation women, especially South Asian women, face during pregnancy, and said using a sunscreen with SPF was the ‘best way’ to minimise it. The actor further said that gums and teeth ‘get super sensitive’ during pregnancy, and she herself had to visit the dentist twice during the time she was carrying her son. Sharing her tips to avoid dental issues, Sonam said, “I do oil pulling every morning… to promote oral hygiene… I make a combination of sesame oil, coconut oil, and olive oil.”

Sonam Kapoor and Anand Ahuja dated for a few years before they married in May 2018 in Mumbai. Sonam had announced her pregnancy with the couple’s photos, and wrote on Instagram, “Four hands. To raise you the very best we can. Two hearts. That will beat in unison with yours, every step of the way. One family. Who will shower you with love and support. We can’t wait to welcome you.” They had announced their son Vayu’s name via an Instagram post, a month after his birth.