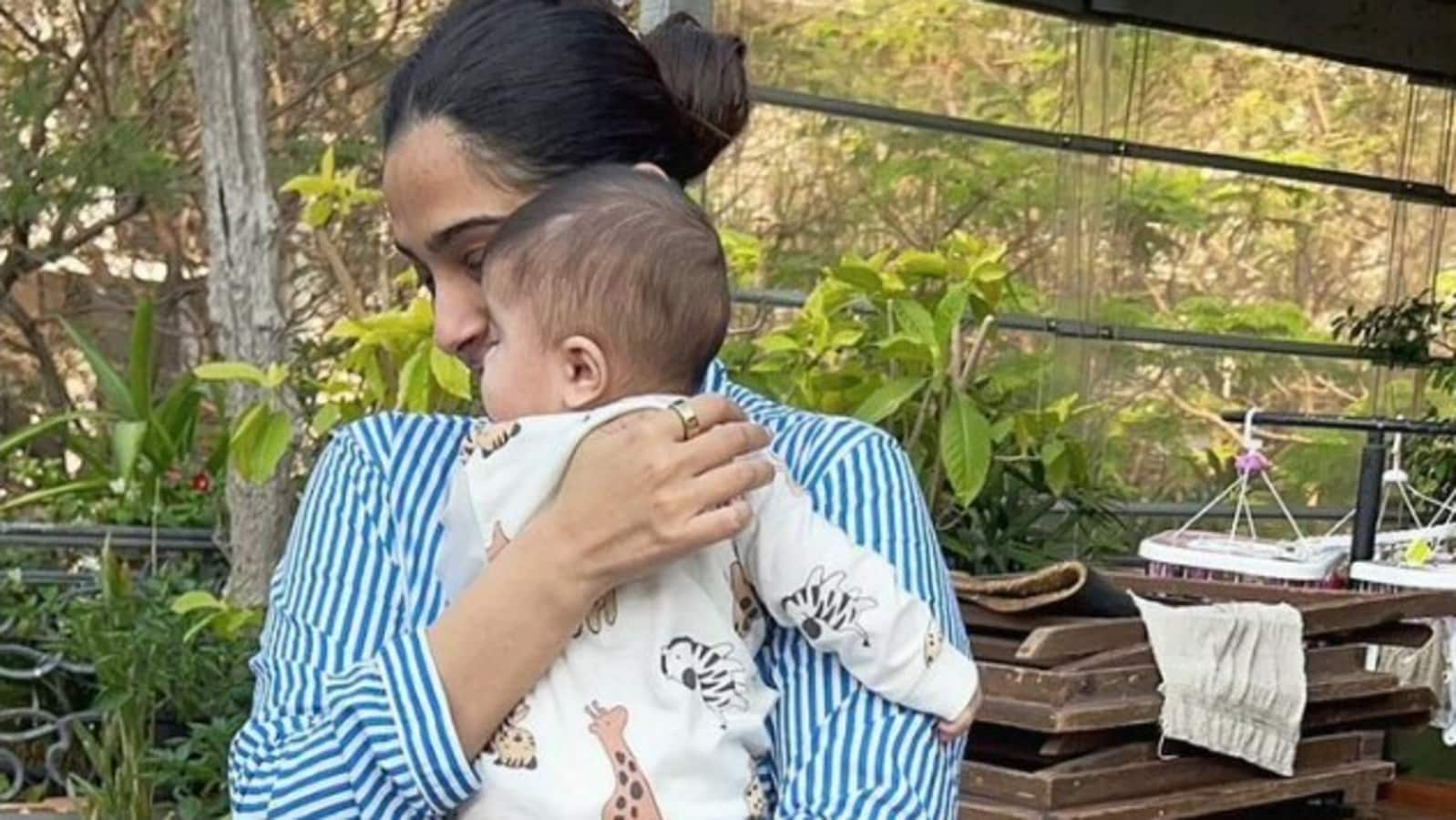 On Wednesday, Anand Ahuja treated fans to an adorable photo of his wife Sonam Kapoor, and their son Vayu Kapoor Ahuja. The photo almost reveals the little one’s face for the first time. Sharing the photo, Anand talked about missing his family who is in India while he is in London. Also read: Sonam Kapoor reveals when she will share son Vayu Kapoor Ahuja’s pics on social media platforms

He wrote, “Your children are not your children. They are the sons and daughters of Life’s longing for itself. They come through you but not from you, And though they are with you yet they belong not to you. You may give them your love but not your thoughts, For they have their own thoughts. You may house their bodies but not their souls, For their souls dwell in the house of tomorrow, which you cannot visit, not even in your dreams. You may strive to be like them, but seek not to make them like you. For life goes not backward nor tarries with yesterday. You are the bows from which your children as living arrows are sent forth. The archer sees the mark upon the path of the infinite, and He bends you with His might that His arrows may go swift and far. Let your bending in the archer’s hand be for gladness; For even as He loves the arrow that flies, so He loves also the bow that is stable.”

The actor’s husband also added, “Missing y’all too much @sonamkapoor #VayusParents.” Soon after he shared the post, Sonam commented, “Love you so much.” While Sonam’s cousin Shanaya dropped heart-eyed emojis for the photo, Rhea Kapoor responded by saying, “Happiest boy.”

Sonam and Anand Ahuja tied the knot in a traditional Anand Karaj ceremony on May 8, 2018. In March 2022, the couple announced the news of Sonam’s first pregnancy with a maternity photoshoot. They welcomed their baby boy Vayu Kapoor Ahuja on August 20 last year in Mumbai. Since then, Sonam and her boy are staying in India while Anand moved to their London house.

Sonam will be next seen in Blind. Directed by Shome Makhija, the film is the Hindi remake of the 2011 Korean film of the same name. It’s scheduled to release this year in OTT.

Twinkle Khanna says wrinkles should be considered equivalent to medals: ‘Reminder of battles we have survived, won’