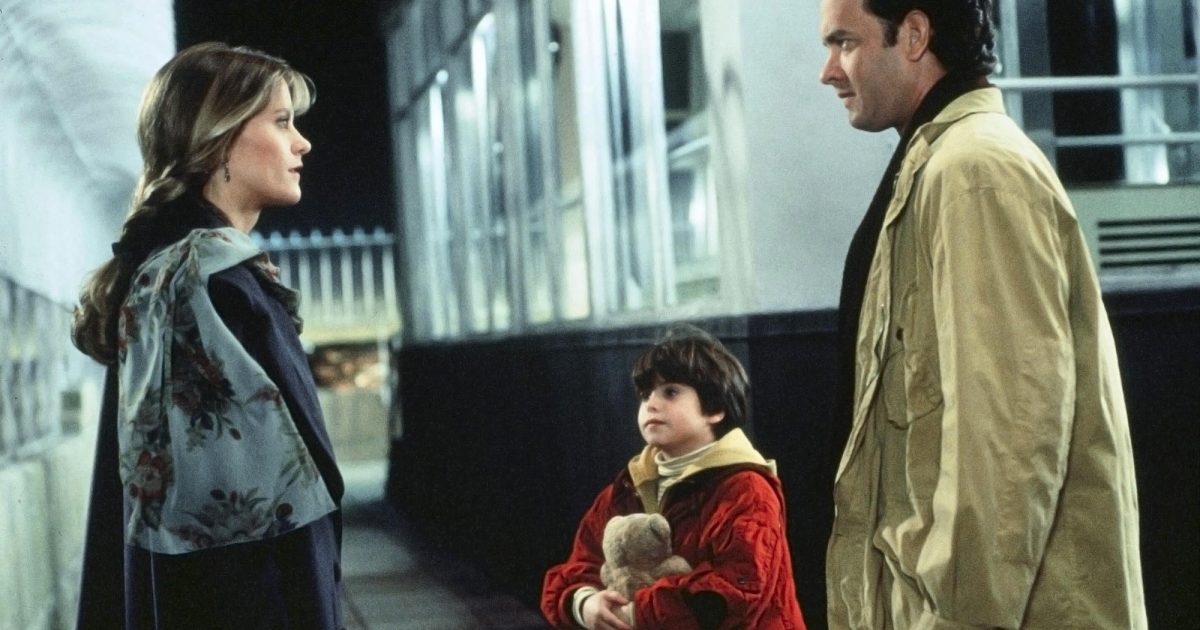 The Empire State building is for lovers! Sleepless in Seattle has captivated audiences — and hopeless romantics everywhere — for nearly three decades.

The Nora Ephron-directed film, which premiered in 1993, has stood the test of time thanks to its heartwarming story of a widowed father Sam Baldwin (Tom Hanks) and his son, Jonah (Ross Malinger), trying to get back on their feet after moving to Seattle where they live on a houseboat.

After losing his mother, Jonah realizes that his father is still very unhappy, so he calls into a radio talk show late at night to seek advice and get his dad a date. Listeners from all over fall in love with both Jonah and Sam, who eventually bares his soul on the show, including a reporter named Annie Reed (Meg Ryan).

Despite being engaged, Annie quickly realizes that Sam is the man for her. Annie’s lightbulb moment comes while she’s at dinner with her fiancé (Bill Pullman) in New York City on New Year’s Eve. She ultimately leaves him and heads to the Empire State Building where Jonah and Sam are waiting.

The scene, which was inspired by An Affair to Remember, has since become a moment that fans have tried to recreate in their own lives. Mindy Kaling, for example, paid homage to the rom-com during the 2014 finale of her hit comedy The Mindy Project with the lead characters finding each other at the top of the iconic building.

“I grew up in the time of the great romantic comedy movies of the ’90s and I wasn’t a snob about any of them either,” Kaling told Audible in December 2019 of her love of rom-coms, especially those by Ephron. “It could be, While You Were Sleeping, starring Sandra Bullock and Bill Pullman, or Sleepless in Seattle. I really just love the genre and I’ve always felt that it is an undervalued genre.”

The Late Night actress added: “I feel like people talk about romantic comedies they love, and they say that they’re their guilty pleasures. But I truly don’t believe in guilty pleasures, I only believe in pleasures. And I oftentimes think people undervalue them because women like romantic comedies so much and it seemed somehow not as intellectual or something, but I just love them.”

Scroll down to see what the cast of Sleepless in Seattle has been up to since 1993:

Sterling K. Brown Says He’ll ‘Ugly Cry’ During ‘This Is Us’ Series Finale

Blake Shelton and Adam Levine’s Friendship Through the Years

Son of a Nutcracker! See What the ‘Elf’ Cast Is Up to Now

A Secret GF? Michelle Confronts Her Exes at ‘Men Tell All’: Revelations

‘Sex and the City’ Drama Through the Years: A Timeline

‘Cheaper by the Dozen’: Everything to Know About the Disney+ Remake