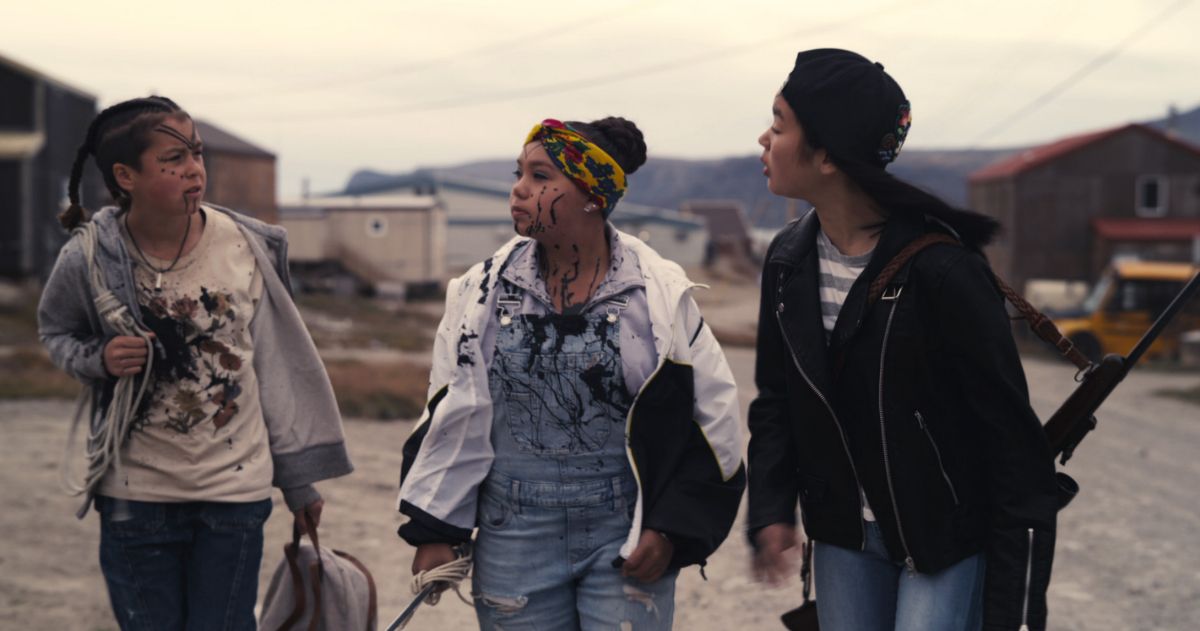 The official trailer has been released for Slash/Back, courtesy of RLJE Films and Shudder. Following a ragtag group of youths in their battle against invading extra-terrestrials, the film will be coming to theaters and On Demand on Oct. 21, 2022, just in time for Halloween. Ahead of the premiere, you can watch the trailer below to get a sneak peek at the movie.

Slash/Back is directed by Nyla Innuksuk and co-written by Innuksuk and Ryan Cavan. It stars Tasiana Shirley, Alexis Vincent-Wolfe, Nalajoss Ellsworth, and Chelsea Prusky. You can read the film’s official synopsis below.

Set in Pangnirtung, Nunavut, a sleepy hamlet nestled in the majestic mountains of Baffin Island in the Arctic Ocean, SLASH/BACK opens as the village wakes up to a typical summer day. No School, no cool boys (well… except one), and 24-hour sunlight. But for Maika and her ragtag friends, the usual summer is suddenly not in the cards when they discover an alien invasion threatening their hometown. These teenagers have been underestimated their whole lives but, using makeshift weapons and their horror movie knowledge, they show the aliens you don’t f*** with the girls from Pang.

Slash/Back Is a Personal Story for Director Nyla Innuksuk

Nyla Innuksuk has been working on Slash/Back since 2016, but as a first-time director, it’s taken some time to get the film made and released. For Innuksuk, this is a personal story and it was important to get the movie out there, as the filmmaker had been given a 50/50 chance of survival just before pitching this movie at the 2016 Toronto International Film Festival.

“It sounds crazy, but one of the first things I thought when I won the pitch was, ‘I can’t make a movie in a month,’” Innuksuk explained in a statement. “I did not want to die before I had a chance to make a movie. I tell you this not for sympathy, but because it’s part of the story. There are so many stories attached to this film, because of this film, part of this film – all of which I feel are worth telling because Slash/Back is a story of survival, both onscreen and in my life.”

Innuksuk added, “Four months after my life-saving organ transplant in 2017, I flew to Iqaluit where I met Alexis, Chelsea, and Nalajoss, three of the actors who would go on to play Jesse, Leena, and Uki, respectively. In this time of recovery, these pre-teen girls and I filmed a proof of concept and built the world that would become Slash/Back. My co-producers at Scythia Films, Stellar Citizens, and Red Marrow believed in me and the story of girls finding empowerment enough to fight to make an Indigenous-led film entirely in a small Arctic community. As an Indigenous filmmaker, I hadn’t had an experience of professionals in the industry taking big risks with me. This belief, in an Inuk girl fighting challenges, is what has allowed me to tell this story.”