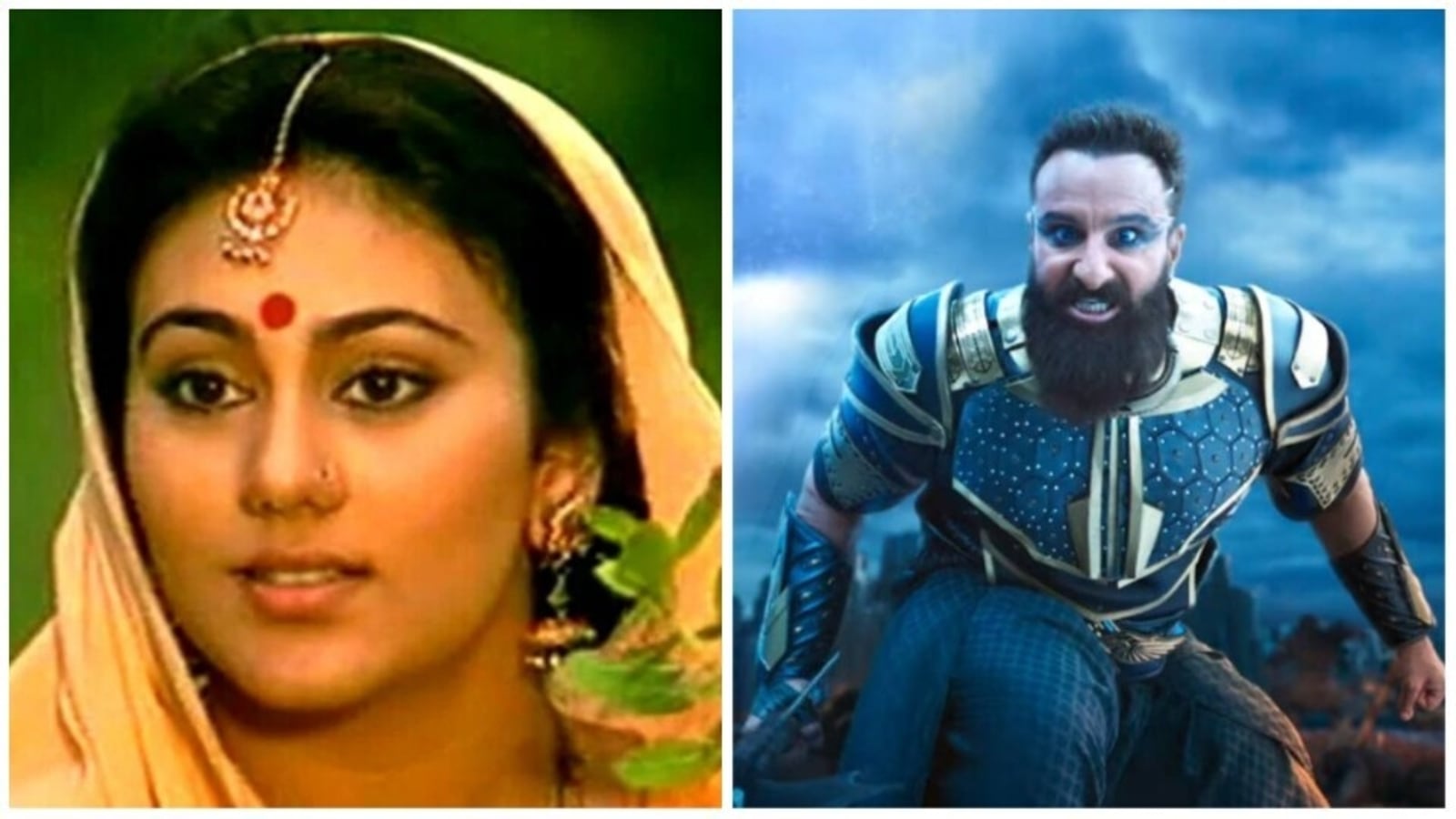 Actor Dipika Chikhlia has said that the Adipurush teaser shows the antagonist, Raavan, as a Mughal, not a Sri Lankan. Dipika essayed the iconic role of Sita in Ramanand Sagar’s Ramayan and is still known for the part nearly four decades later. On the other hand, Adipurush is an ambitious project adapted from the Hindi mythological epic Ramayan. It stars Prabhas and Saif Ali Khan and is directed by Om Raut. (Also read: Adipurush director Om Raut defends teaser amid criticism of VFX)

Prabhas plays the role of Ram while Saif essays the role of Raavan, also known as Lankesh – the king of Sri Lanka. Ever since the teaser was launched at a grand event in Ayodhya last week, it has faced criticism from many quarters. While the VFX quality is also a target of the criticism, the teaser is being mainly criticised for improper looks of the characters.

Talking about Adipurush teaser, Dipika told Aaj Tak, “A film’s characters must appeal to the audience. If the character is from Sri Lanka, they should not look like Mughals. I could not understand much as we get to see him for mere 30 seconds in the teaser, but he does look different. I agree that times have changed and VFX is an essential part but only as long as the people’s sentiments are not hurt. (But then) It is only a teaser, may be it does not do justice to the film.”

She added, “If I try to connect myself with Arvind Trivedi (Ravan in Ramanand Sagar‘s Ramayan), I would not feel good. But I also believe each actor has the liberty to portray a character as their interpretation.”

The director has also responded to the wide criticism and told PTI, “I was disheartened but not surprised because the film is made for a larger medium. You can cut it down to some extent, but can’t bring it down to a mobile phone, that’s an environment I can’t control. If given a choice, I had never put it on YouTube but that’s the need of the hour. We need to put it there so that it reaches a wide audience.”