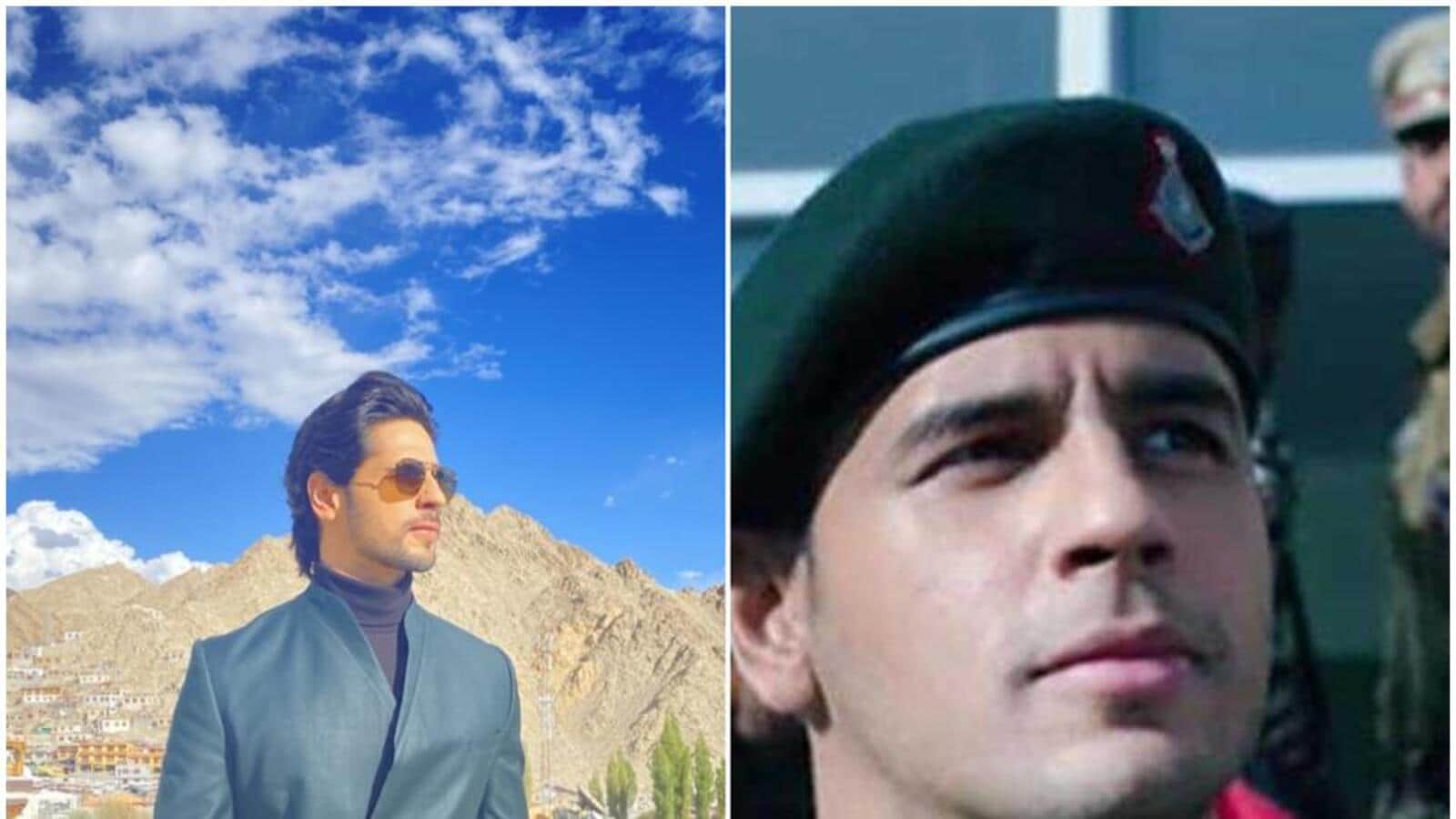 For actor Sidharth Malhotra, Kargil Vijay Diwas has gained a new significance and relevance. This is due to the fact that he was introduced to the sacrifices, battles and bravery of the heroic men and women who fought in the Kargil War, on a more personal level, through his last film, Shershaah (2021). In the movie, he played Captain Vikram Batra, who was killed in action in the 1999 war. He says it is a sacrifice that no Indian should ever forget.

“After shooting for Shershaah, and then last year getting an opportunity to be present at the ceremony of Kargil Vijay Diwas there, amongst the families of all the brave hearts who sacrificed their lives and the officials of the Indian Army… It was an extremely emotional moment for me on various levels,” Malhotra tells us.

The 37-year-old continues, “I could really connect with the effort and the sacrifice of the Indian Army, and now with the essence and the importance of celebrating Kargil Vijay Diwas. It is a sacrifice that we must remember and respect. After knowing the life of a war hero so closely, it is extremely special to me, and is something I think every Indian should respect”.

The actor brought forward the life story of Captain Vikram Batra who was killed while fighting the battle in Kargil war in 1999 through the film, Shershaah.

Looking back at the days spent in the Kargil region, the actor recollects, “My meeting with various army personnels, their family members has given me such an interesting and in depth insight to what our Indian Armed forces across the country do, and the efforts and resources that go into it”.

“The character of Captain Vikram Batra is so close to me, I have lived the role for so many years. It has definitely changed my outlook towards the armed forces, and towards the effort that our government makes,” says Malhotra, who has proved her mettle time and again with his characters in projects such as Ek Villain, Hasee Toh Phasee and Kapoor & Sons.

As a citizen, Malhotra feels very honoured, and feels we “need to respect the freedom that we have, and need to appreciate the sacrifices that were made”.

“I come from an army background with my grandfather serving in the Indian Army. Unfortunately, I didn’t get to experience that life. However, the role of Vikram Batra gave me a very small taste of what it is to be an army officer. I will always cherish, respect that, and be grateful about it. I feel very proud to be an Indian to have such an amazing armed force,” he expresses.

Now, Malhotra hopes that the region of Kargil can flourish, and find a place as a “great tourist destination”.

“Kargil has so many more different dimensions apart from being remembered as a battlefield. Yes, it is a battlefield where unfortunately we lost many of our heroes, and fortunately came out victorious. But that being said, I think Kargil has so much more to offer,” says the actor, who has projects such as Thank God, Mission Majnu Yodha and web project Indian Police Force in pipeline.

Giving words to his thoughts, Malhotra explains, “There are some amazing mountain peaks, which are so scenic and unique. If given the right support and the right push, the place can be pushed as a great tourist destination”.

“I had the opportunity to interact with some of the locals, who were extremely warm. I feel the place can lend itself to become much more than being just known for a battlefield between India and Pakistan. It is an event which we are proud of and respect immensely, and should always remember. But we can also look at it from other angles as well. I’m hoping that Kargil now flourishes,” he says, wrapping with a hope that the place becomes a new shoot “location to shoot Hindi songs” in the coming future.