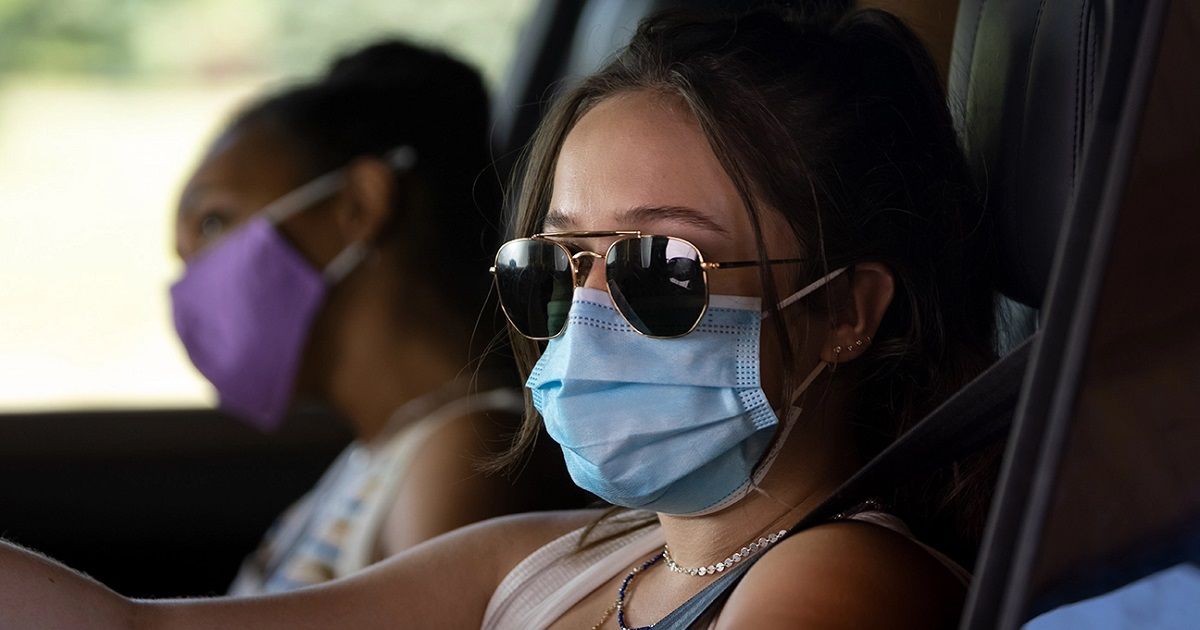 Sick will debut on Peacock next week.

A new trailer for the imminent horror movie, Sick, will drop audiences exactly where they do not want to be: smack bang in the middle of the pandemic. Coming courtesy of Blumhouse and Miramax, this latest footage from Sick has been unveiled by the streaming service Peacock, with the horror flick due to debut on the platform next week. Check out the trailer for Sick below.

Sick begins at the height of “the event that must not be named,” and as the pandemic steadily brings the world to a halt, Parker and her best friend Miri decide to quarantine at the family lake house alone—or so they think.

Directed by John Hyams, who is best known for helming the likes of Black Summer, Alone, Universal Soldier: Day of Reckoning, and an episode of the Chucky series, Sick comes from writers Katelyn Crabb and Kevin Williamson of Scream, and I Know What You Did Last Summer fame. Sick stars Gideon Adlon (Blockers, The Craft: Legacy), Bethlehem Million (And Just Like That), Marc Menchaca (The Outsider, Ozark), and Jane Adams (Twin Peaks, Poltergeist, Hacks).

While it may be very recent (and very traumatic) history, the pandemic is undoubtedly the perfect scenario to set a slasher. Though writer Kevin Williamson did wonder if it was perhaps a little too soon. “We actually thought about that when we were writing it. We’re like, ‘Well, is this gonna be too soon?’” he explained. “And then as we were filming it, we had the same conversation; it’s gonna be dated. And I think it’s just, you decide. I really think it depends on where your mindset is. I think the movie transcends the pandemic because it is just such a thrill ride and it is at its core just a fun slasher film, so I think it goes beyond that. So, we’ll see. We’ll let the audience tell us.”

While we all have to wait until next week to bask in the terror of Sick, a lucky few were able to see the movie when it premiered at Fantastic Fest back in September. Sick was met with glowing reviews from many of those in attendance, and currently sits a deliciously fresh 94% on review aggregator site Rotten Tomatoes.

“‘Sick’ is a mean and scary slasher that transports you smack dab back into the worst early days of the pandemic, using the vulnerability of that era to cleverly isolate and butcher its ensemble,” says Josh Korngut of Dread Central. Bloody Disgusting’s Joe Lipsett meanwhile could not help but compare Sick to writer Kevin Williamson’s previous horror outings Scream 2 and I Know What You Did Last Summer, saying, “Fans of the chase sequences in Williamson’s Scream 2 and I Know What You Did Last Summer are in for a treat. As soon as the masked assailant shows up, the chase is on and it doesn’t let up…[Sick] is a white knuckle adrenaline rush.”

Lastly, JimmyO of JoBlo’s Movie Network heaps praise on Sick’s intensity and teases a “fascinating” finish; “The satisfying slasher film is ripe with tension, and it presents a fascinating final sequence. John Hyams has given us a feature that puts the foot on the gas and rarely eases up.”

Sick is scheduled to debut on the Peacock streaming service next week on Friday, Jan. 13.