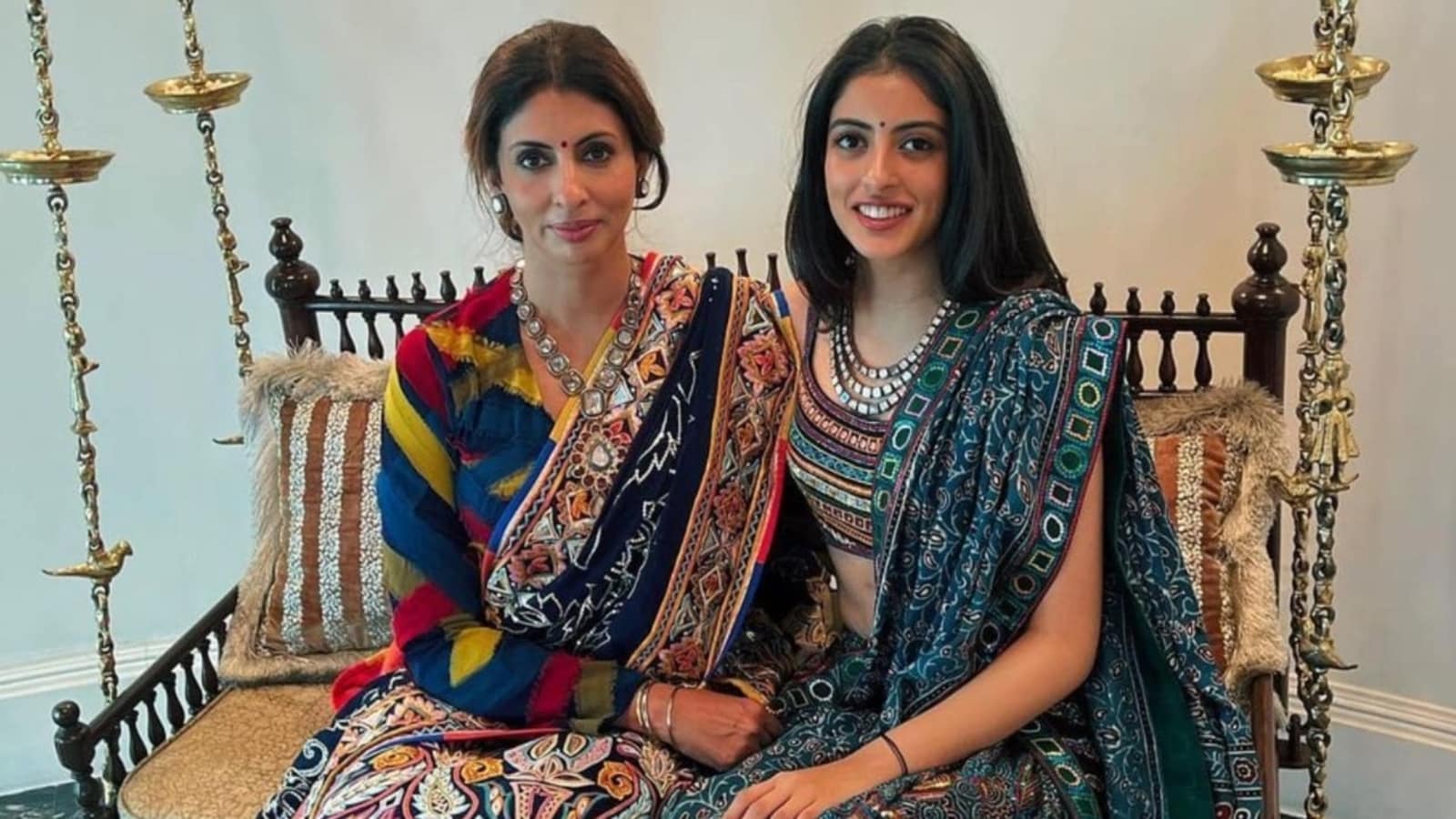 Navya Naveli Nanda has shared that she is the official eavesdropper in her family, and is even sent to overhear her mother Shweta Bachchan Nanda’s conversation with her friends. Navya claimed that Shweta too eavesdrops on her calls, but the latter clarified that she overhears it because Navya is too loud on the phone even during secret chats and keeps saying ‘what the hell.’ Also Read| Shweta Bachchan says she’s not financially independent but wants her kids to be

The mother-daughter duo had the conversation in the latest episode of Navya’s new podcast What The Hell Navya, in which they were also joined by Jaya Bachchan. As they discussed women’s friendships, Shweta Bachchan shared that she did not have any girl friends while she was in college.

She said, “All my friends were boys in college. They are just easier, less drama. I always have so much drama in my life that I need people who don’t have drama in theirs so they can handle mine.” Shweta described herself to be a very dramatic person as her mom Jaya appeared amused by the fact that she has drama in her life.

Navya also revealed that she and Jaya often overhear Shweta’s conversation while sitting together out on the patio and wonder what has happened now. Shweta complained that both her mother and her daughters are too interested in her chats, but Jaya insisted that the same is not the case with her. However, Navya confessed that she is very interested in the gossip, and added, “Sometimes I get sent to eavesdrop. I am the eavesdropper in the family.”

Navya talks to her mom Shweta and grandmother Jaya about ‘various things from finance and fame to friendship and family’ on her podcast. A new episode of the podcast is out every Saturday, on IVM Podcasts and other audio streaming platforms.