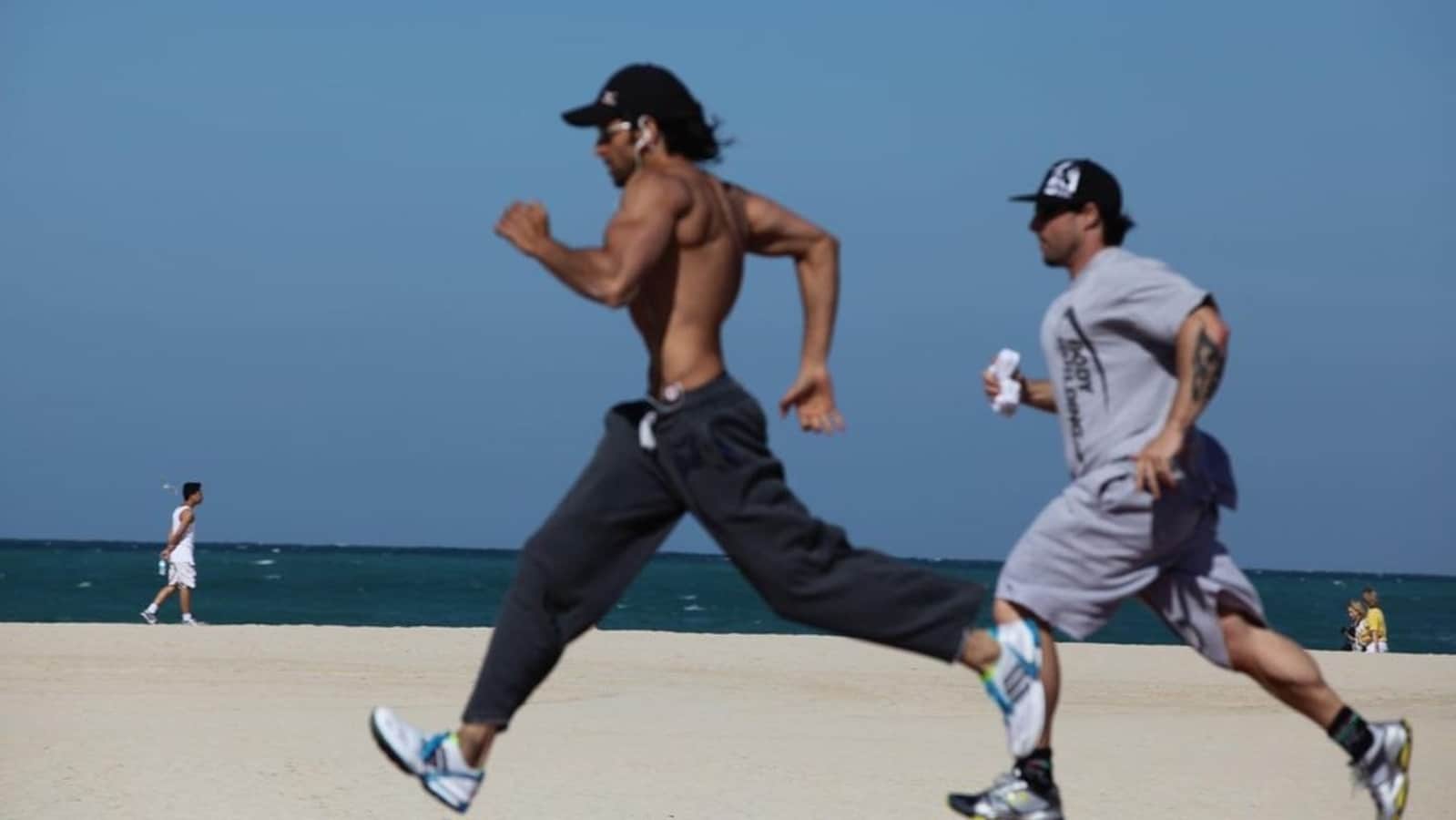 Hrithik Roshan said he has got get back in ‘Fighter mode’ as he shares throwback photos of his training session for his upcoming film with Deepika Padukone. Hrithik’s girlfriend, actor Saba Azad, showed her support as she commented on his post.

Hrithik Roshan is preparing for his upcoming film Fighter. Directed by Siddharth Anand the action-drama also stars Deepika Padukone and Anil Kapoor. On Thursday, the actor shared throwback photos of his workout routine for Fighter. Hrithik is seen running shirtless with his trainer Kris Gethin in the images he shared. His girlfriend, actor Saba Azad, actor Tiger Shroff, and many others reacted to Hrithik’s latest Instagram post. Read more: Saba Azad can’t take eyes off Hrithik Roshan as they return from London trip

Sharing his photos, Hrithik wrote, “Kris Gethin (the actor’s trainer), are you ready? Hehe, I’m not. Got to get back #fighter mode #throwback.” Saba hyped up the actor as she commented on his pictures, “Yes you is (are), you was (were) born ready!! Go ninja!!” Hrithik also replied to Saba’s comment and wrote, “How about (a) picnic.” Hrithik’s trainer also commented on the actor’s post and wrote, “I am! You soon will be”. Tiger Shroff dropped a fire emoji on Hrithik’s post, while celebrity stylist Anaita Shroff Adajania also dropped fire emojis and wrote, “I mean.”

Many fans also reacted to Hrithik’s ‘swoon-worthy’ look in his latest post and thanked the actor for putting his buff physique on display. Some even said his shirtless workout photos were ‘all too much’. A fan wrote, “How has God created you. I mean just look at you.” Another person said, “You are 48 now, and (have) this body.” A person also wrote, “Greek God,” while another one said, “Crazy physique.”

Hrithik’s upcoming film Fighter is scheduled to release next year and is billed as India’s first aerial-action film. It will also be Hrithik’s first film with Deepika Padukone. It was announced on Hrithik’s birthday last year, when he tweeted: “Presenting a glimpse of the MARFLIX vision as Fighter! Looking forward to my first flight alongside the exceptional Deepika Padukone. All buckled up for this Siddharth Anand joyride.” Hrithik Roshan was last seen in War, alongside Tiger Shroff. He will next be seen in Vikram Vedha with actor Saif Ali Khan.