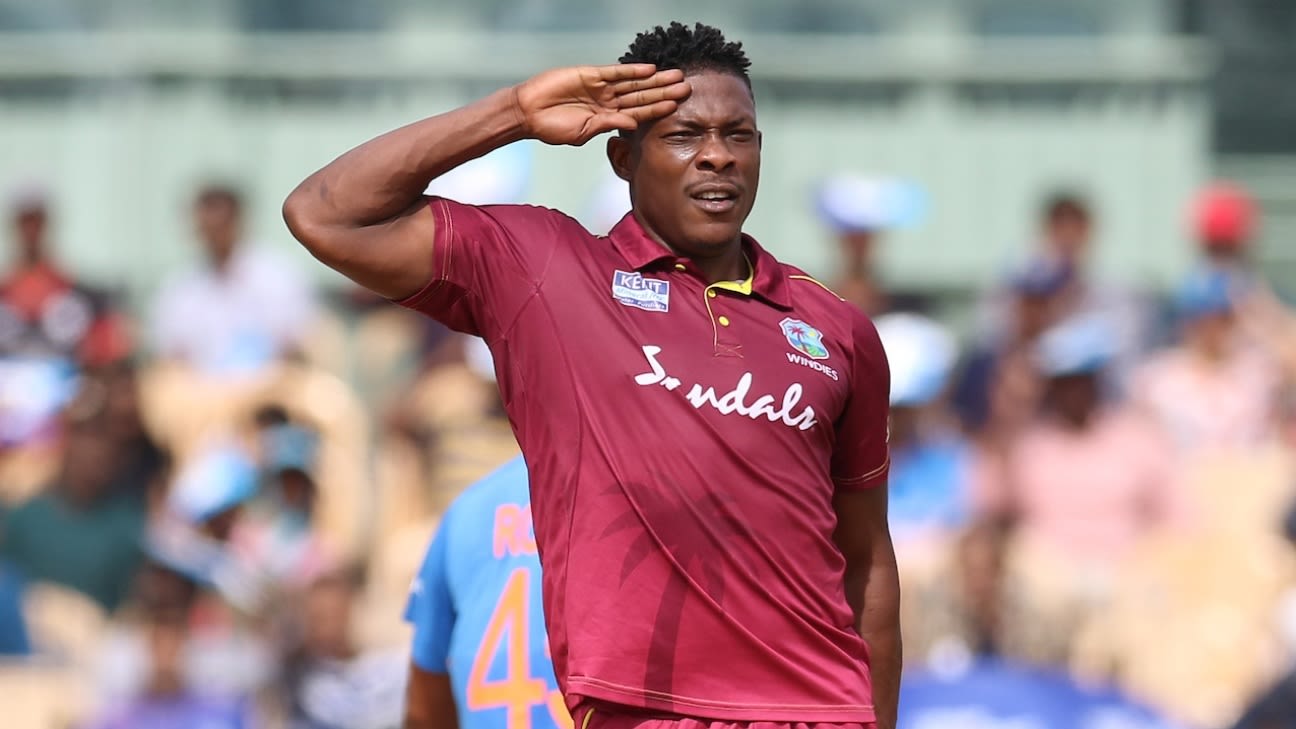 Kyle Mayers and Kevin Sinclair have missed out on selection

Shimron Hetmyer, Sheldon Cottrell and Roston Chase are set to make ODI comebacks during West Indies’ upcoming three-match series against Australia, which is set to begin on July 20 in Barbados.
The trio had missed out on selection for the team’s last 50-overs assignment, against Sri Lanka in March, for failing to meet the team management’s fitness standards. All three are now back in the ODI fold.

Allrounder Chase and middle-order batter Hetmyer featured in the Test and T20I legs of the just-concluded home series against South Africa, but Cottrell, the left-arm quick, has not played for West Indies since November 2020.

Before the ODI series, West Indies will face Australia in five T20Is in St Lucia, from July 10 to 17. The same squad that featured in the T20Is against South Africa is set to play this series and the upcoming one against Pakistan as well.