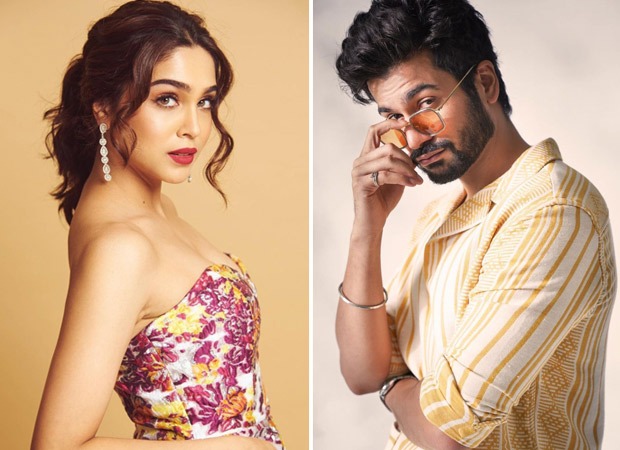 Actress Sharvari Wagh made her big Bollywood debut with the film Bunty Aur Babli 2 which was released in the theatres in November this year. The film also starred Rani Mukerji, Saif Ali Khan, and Siddhant Chaturvedi. Sharvari has also been making news for her alleged relationship with actor Sunny Kaushal, who is also the younger brother of Vicky Kaushal. The relationship rumours only got stronger when Sharvari was invited to Katrina and Vicky’s wedding in Rajasthan. She was among the few Bollywood celebrities who attended the wedding of the year.

Recently, in an interview with India Today, Sharvari reacted to rumours of her relationship with Sunny Kaushal. The two had worked together on Kabir Khan’s web series The Forgotten Army and have been friends since then. She said that she and Sunny had a great time on the sets and instantly became friends. She said that same is the case with director Kabir Khan. She added that she has more photos with Kabir Khan than with Sunny Kaushal.

Sharvari also said that young actors tend to get paired together but they are great friends and enjoy spending time with each other. The actress also said that she and Sunny often hang out at Kabir Khan’s house.