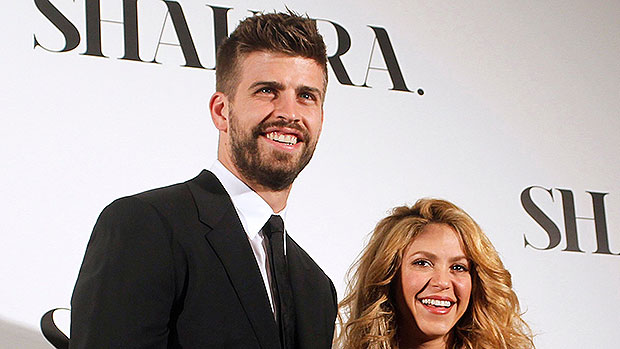 Shakira shocked her fans when she revealed in June that she and Gerard Piqué, 35 — who is the father of her two sons, Sasha, 7, and Milan, 9 — decided to split after 11 years together. Following a summer of silence about their breakup, the 45-year-old superstar singer opened up in a recent interview with Elle magazine, calling the ending of their fairytale romance “the most difficult, darkest hours of my life.” Luckily, time does heal all wounds, as a friend of Shakira’s told HollywoodLife EXCLUSIVELY that she’s healing by “focusing on her future and her kids” to get her through the difficult time.

“Everyone’s amazed at by how well Shakira is holding up, considering everything she’s going through, the source told us. “No one would blame her if she wanted to put everything on hold but that’s just not her style, her work ethic is next level. She says that staying busy is the best thing for her, she doesn’t want to waste time crying over the past. She’s determined not to let them see her sad, right now everything she does is about protecting them and making this transition as easy as possible.”

In the interview, Shakira also revealed that she’s been working on new music, telling the outlet that she is “thrilled” about sharing it with her fans soon. She added that the process of creating a new album has been “therapeutic” for her as well. A second source told HollywoodLife that Shakira is focused on the positive aspects of her life and not the negative ones. “Right now, Shakira is trying to focus on the positivity in her life which includes her boys and she’s found comfort in getting in the studio and making music again. That’s her passion.”

So, why did Shakira finally decide to talk about her painful separation from Gerard? The second source added, “Shakira has always maintained a relatively private personal life, but with everything going on in the news about her, she decided it was finally time to speak her own truth rather than have others assume what she is going through. This very public split would be a lot for anyone to deal with, but she’s handling things the best she knows how.”

Shakira also spoke in the interview about how difficult the split has been on her two sons. The insider told us that Shakira is taking the high road when it comes to letting the boys see their father as much, and as often, as possible. “Although their custody arrangement has not been resolved yet, Shakira has welcomed Gerard to spend as much time with the kids as possible during the holidays,” they said. “They don’t have a formal custody agreement in place, but Shakira would never keep her kids from their father because she knows how important that relationship is.”

HollywoodLife reached out to reps for Shakira, who have not yet commented.