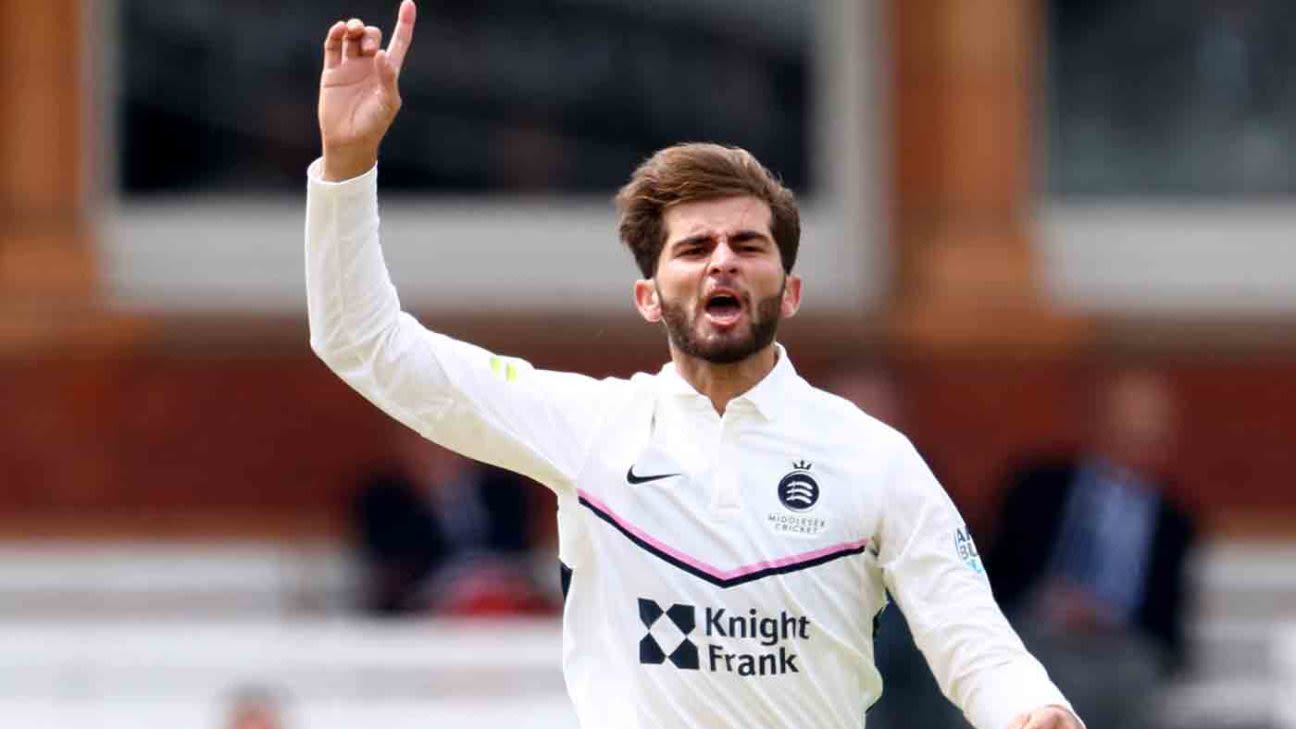 Rauf did not bowl in the second innings of his most recent game and missed Yorkshire’s draw against Essex last week but has been named in a 12-man squad for the Roses match against Lancashire which starts on Thursday. Hasan has been rested.

Shaheen has been rested by Middlesex for their fixture against Nottinghamshire at Lord’s after playing three games in as many weeks since his arrival in the UK.

Rizwan is unavailable for Sussex’s fixture away against Leicestershire due to a family bereavement. “The club would like to send our best wishes to Riz and his family at this difficult time,” a statement said.

Amir, meanwhile, has a tight hamstring and will miss Gloucestershire’s game against Somerset as a result. “He requires a period of rest after being away from red-ball cricket for a number of years and bowling a large number of overs in a short space of time since joining Gloucestershire,” a club statement said.

Gloucestershire confirmed that they are “exploring the potential” to select Amir in their Championship fixtures against Kent and Lancashire when Marcus Harris will be in Sri Lanka with Australia A.

Amir was initially signed as a short-term replacement for Naseem Shah after he injured his shoulder on his debut for Gloucestershire, and the club said he would play for their second XI in the coming weeks before returning to the first team during the T20 Blast.
Amir’s absence has compounded Gloucestershire’s injury crisis, with Chris Dent, Ben Charlesworth (both foot) and David Payne (ankle) all unavailable this week. As a result, they have brought in three short-term loan signings: Jacob Bethell (Warwickshire, one week), Brad Wheal (Hampshire, two weeks) and Zak Chappell (Nottinghamshire, one month).
Chris Woakes remains unavailable for Warwickshire due to what the club called “a niggling knee problem” while Olly Stone is “some way off a first-team return”. Ollie Pope is back in Surrey’s squad after missing their win against Northamptonshire due to illness.