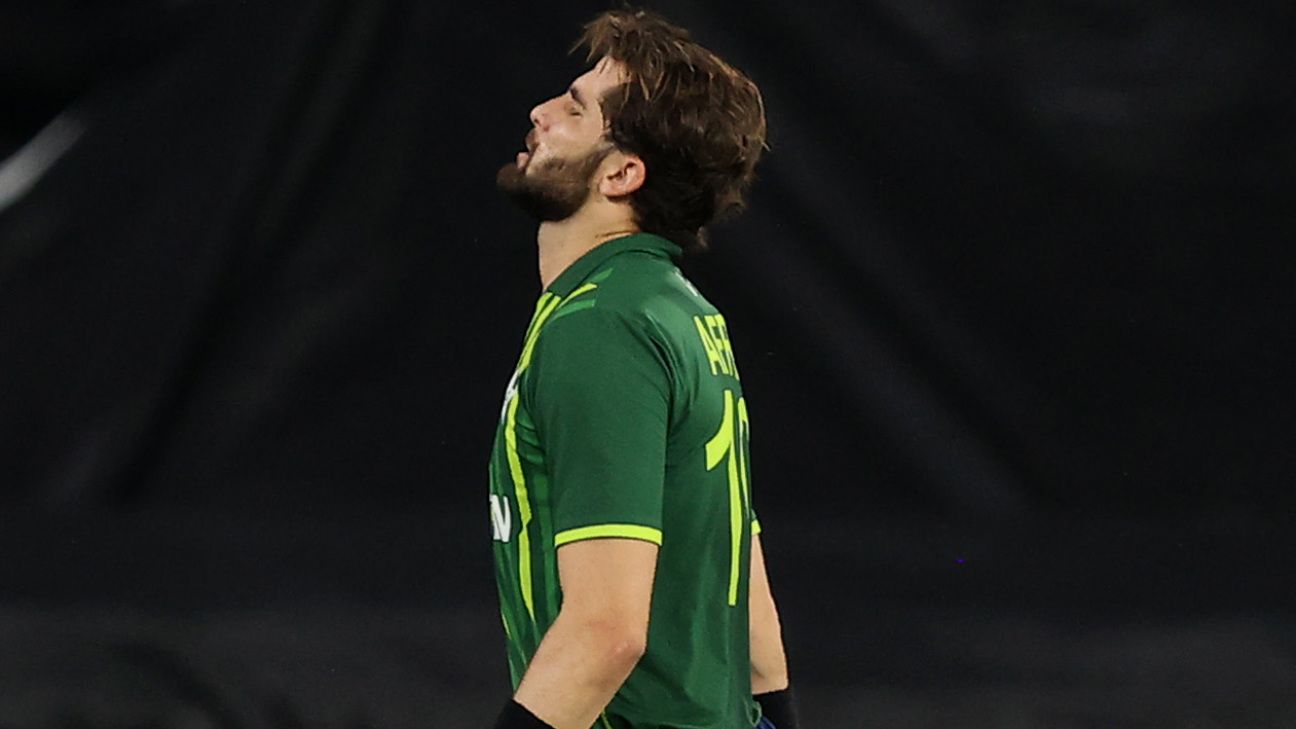 He has been advised two weeks of rehabilitation after a scan on Monday morning confirmed there were no signs of an injury and the knee discomfort was likely “due to a forced knee flexion whilst landing”. However, it appears unlikely that Afridi will be available for the home Tests against England and New Zealand through December-January; the PCB said his “return to international cricket will be subject to the champion fast bowler’s successful completion of the rehabilitation programme and following go-aheads by the medical staff.”

Afridi was, in any case, expected to sit out the England Test series, which starts from December 1 in Rawalpindi. That was part of a planned gradual return to the longer format from the original knee injury – which had kept him for three-and-a-half months – that he had also picked up while fielding during a Test against Sri Lanka in Galle in July.

He returned in time for the World Cup, and started Pakistan’s campaign at the marquee tournament slowly, feeling his way back into rhythm. By the time of the final, he appeared to be back to his best, reflected in returns of 4 for 22 against Bangladesh, 3 for 14 against South Africa, 3 and 24 in the semi-final against New Zealand, and 1 for 13 in the final against England until the injury. With 11 wickets, he was Pakistan’s joint-highest wicket-taker in the competition.

As with the original injury, this one occurred while he was fielding during the 13th over of England’s chase. On this occasion in the final at the MCG, he ran in from long-off to hold on to a sharp chance from Harry Brook. As he slid low to hold on, he appeared to hurt his knee and was immediately in some pain. He was helped off the field by the team physio and doctor. He returned an over later, ran in gingerly to send down one delivery, but couldn’t carry on.

His right knee is currently believed to be in a brace. Afridi will fly back home via Dubai with the rest of the Pakistan squad today. Haris Rauf is understood to be in line for a shot at red-ball cricket for the first time as Afridi’s replacement.

The PCB’s handling of Afridi’s rehab from the original injury had come under scrutiny and criticism at the time. After he got injured he travelled with the team to the Netherlands for a three-match ODI series in August, in the hope that he would recover while on tour. That didn’t pan out as expected and the PCB eventually announced that he would be out for four to six weeks.

Afridi continued to travel with the team to the UAE for the Asia Cup, as another attempt was made to get his rehab going. But medical scans and reports confirmed a posterior cruciate ligament injury and it was eventually decided that he would travel to the UK for further rehab and work with doctors on the PCB medical panel, Zafar Iqbal and Imtiaz Ahmed. He missed the Asia Cup as well as the seven-T20I home series against England in September, before joining up with the squad in Brisbane ahead of the start of the world event.

14:23 GMT – *This story has been updated to reflect details from the PCB’s statement