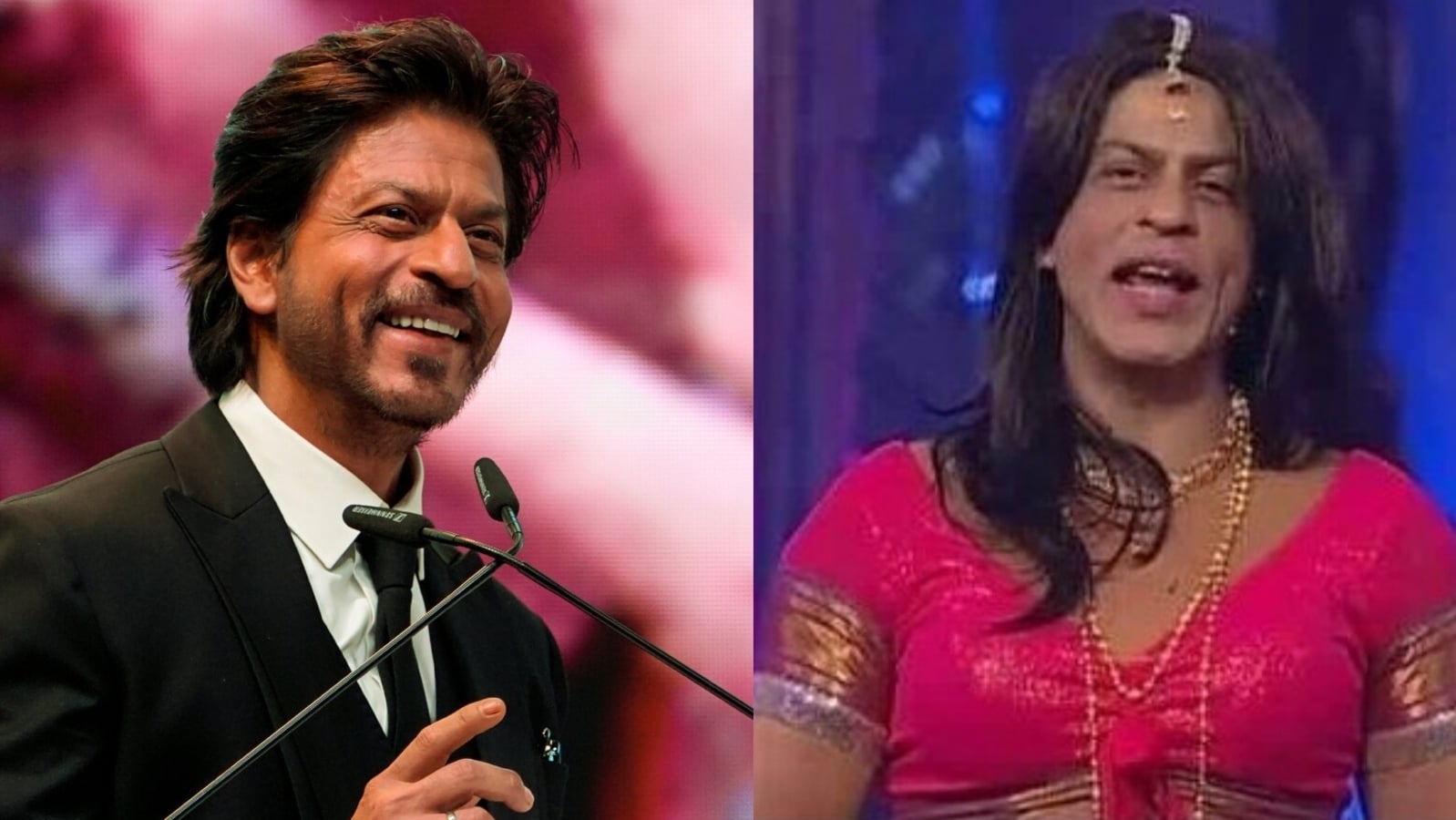 Shah Rukh Khan is only a day away from the release of his much-awaited film, Pathaan. It marks his return to the big screen after four years. Ahead of the release, the actor took to Twitter to chat with his fans and hosted an ‘Ask Me Anything’ session. Also read: Pathaan craze: Over 1 million tickets sold on BookMyShow, 2.75 lakh tickets sold across INOX cinemas

Shah Rukh tweeted, “A big hug to all for making #Pathaan so loved. Those who danced, put up cut outs, bought out halls, all fan clubs, made t shirts, prayed, helped to ease issues & made it a festival. It’s good to be in theatres, feels like home. A quick #AskSRK for fun.” While many fans rushed to drop their questions for the actor, a user tried trolling Shah Rukh and commented on his female avatar from an award show.

Replying to a post shared by Yash Raj Films on the micro-blogging site, the troll wrote to Shah Rukh, “Femme fatale” with laughing emojis alongside a photo of the actor, dressed as a woman. Responding to the user, Shah Rukh wrote back, “Arre no no this is me dressed as a lady. I know I am attractive in all avatars, but u will have to find yourself a better muse my friend!! Apologies for misleading you.”

Meanwhile, the original post shared by YRF who is backing Pathaan, read, “She is a total femme fatale in #Pathaan as she transforms into a spy with a license to kill! Watch @deepikapadukone bare her heart about her role, what makes her and @iamsrk one of the biggest all-time blockbuster jodis of the Indian film industry & much more.” It shared a snippet from Deepika’s chat where she talked about the film and her work experience.

Shah Rukh has been interacting with fans actively, ahead of Pathaan release. Directed by Siddharth Anand, the film also has Deepika Padukone and John Abraham in the lead roles. So far, the advance booking for Pathaan has clearly indicated a blockbuster opening ahead of the Republic Day on Wednesday. With over a million tickets having already been sold on the movie booking website BookMyShow, the cinema chain INOX has also confirmed a sale of 2.75 lakh tickets by Monday. The film is also said to revive about 25 shut single-screen theatres across India.