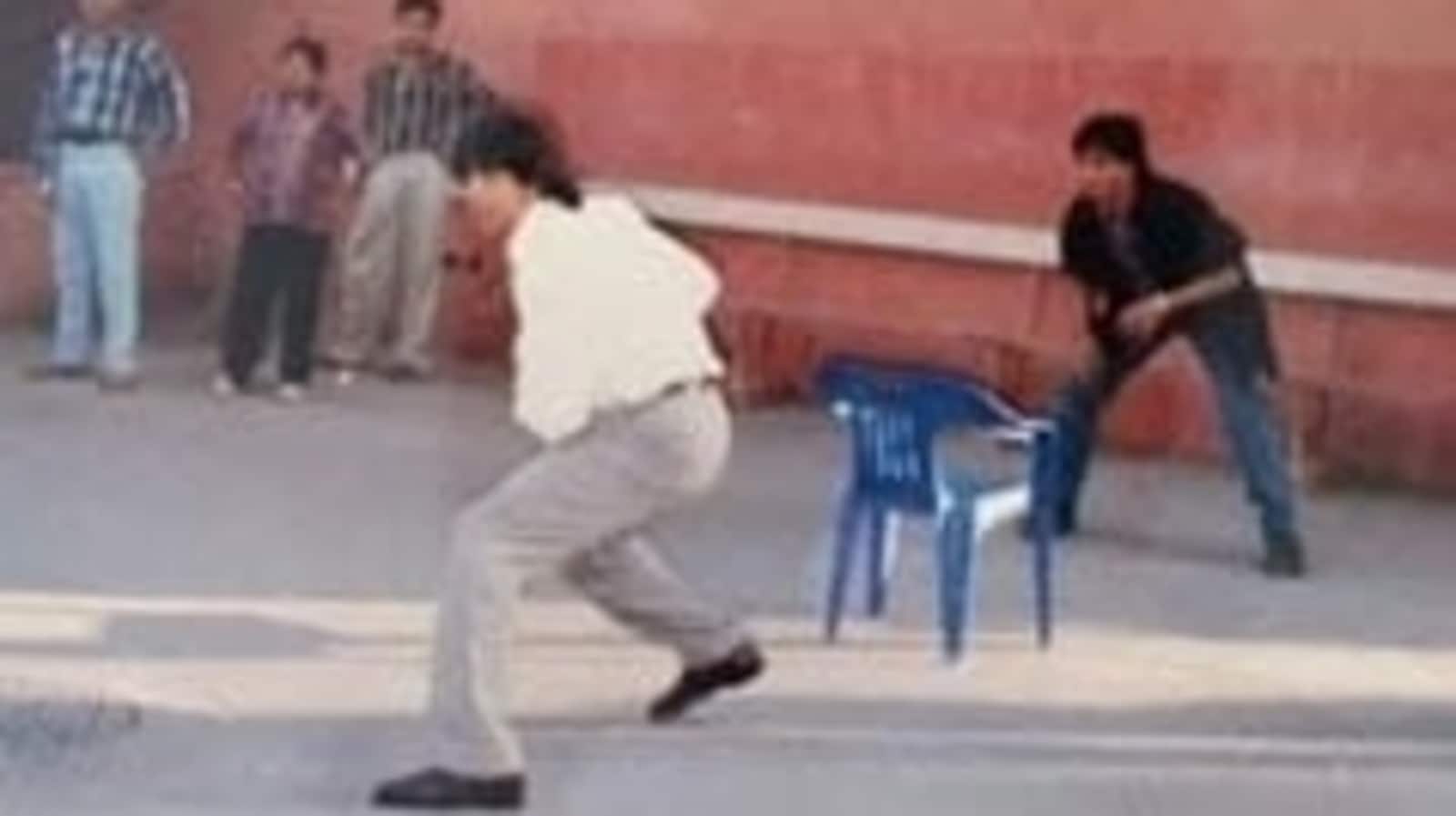 Shah Rukh Khan and Akshay Kumar have been ruling Bollywood since three decades but the two have only done one film together, the 1997 hit Dil To Pagal Hai. The Yash Chopra film also starred Madhuri Dixit and Karisma Kapoor. Now a rare picture of Shah Rukh and Akshay playing cricket on the sets of the film in free time has appeared online and their fans are just in love with it. Also read: When Twinkle Khanna revealed Aamir Khan ‘nearly slapped’ her for thinking about Akshay Kumar on film set

The old picture was recently shared on Reddit. It shows Akshay wielding the bat and Shah Rukh playing the wicketkeeper. While Akshay is seen in a formal look – white shirt and beige pants with black shoes and his old hairstyle, Shah Rukh is seen in an informal look – black shirt and denims.

A fan reacted to the picture, “Good to see SRK letting Akshay bat.” Another added, “Kabhi kabhi jeetne ke liye kuch haarna padta hai….aur haar kar jeetne wale ko baazigar kehte hain! (sometimes one has to lose to gain something and the one who wins after losing is called Baazigar).” A fan noticed the placement of a plastic chair as the wicket and wrote, “Haha they weren’t above using Nilkamal’s finest as a wicket.” A Shah Rukh fan also said, “SRK’s a keeper.” Others found the picture “cute”. A comment also read: “Abb inke fans apas mein WWE khelte hai twitter pe (now their respective fans fight with each other on Twitter).”

Shah Rukh Khan is now gearing up for his upcoming film Pathaan. He will be returning to the silver screen after four years. The film also stars Deepika Padukone and John Abraham and is set to release in theatres on January 25. He also has Jawan scheduled for release in June and Dunki slated for a Christmas release this year.

Akshay had a busy 2022 with five releases, though none of them turned out to be a blockbuster. He again has five films lined up for release this year. He will be seen with Emraan Hashmi in Selfiee and has the role of Lord Shiva in OMG 2 – Oh My God! 2. He also has Soorarai Pottru remake and a Marathi film in which he plays the role of Shivaji.