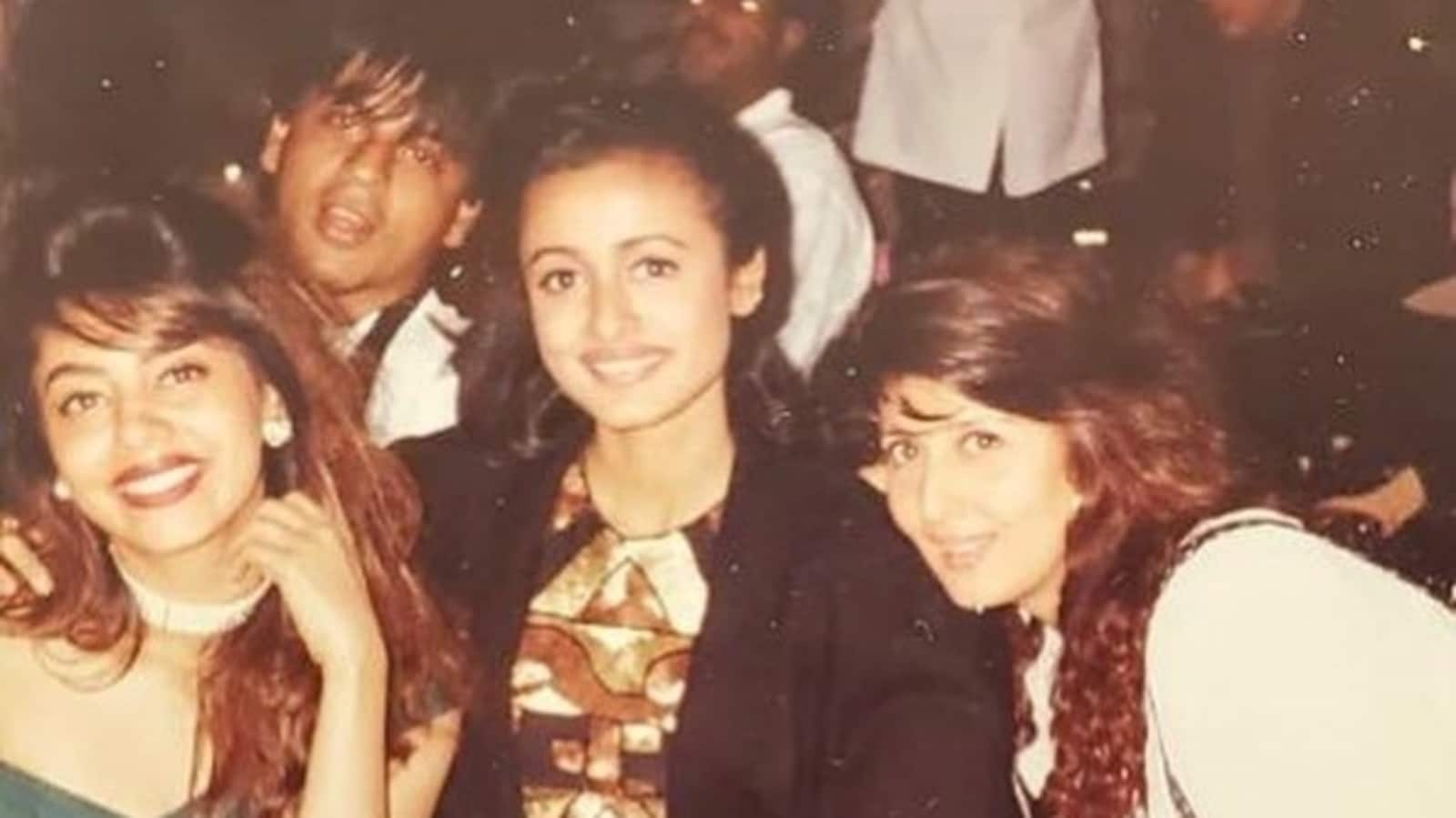 Interior designer Gauri Khan took a trip down memory lane as she shared an old picture with husband Shah Rukh Khan as well as actors Namrata Shirodkar and Sangeeta Bijlani. Taking to Instagram, Gauri posted a photo in which the four of them posed for the camera at a fashion show. The picture was seemingly clicked in the 1990s. (Also Read | Shah Rukh Khan gets a tight hug, praises from Tamil actor)

In the photo, Namrata sat between Gauri Khan and Sangeeta as Shah Rukh photobombed them from behind. While Namrata had her arm around Gauri, Sangeeta Bijlani leaned in towards them. As they smiled, Shah Rukh was seen looking with his mouth open.

For the show, Gauri wore a green dress and jewellery, Namrata Shirodkar opted for a printed top under a black jacket and high slit skirt and Sangeeta was dressed in a white and black outfit. Several other people were also seen in the background.

Sharing the post, Gauri captioned the post, “Post a fashion show with @namratashirodkar @sangeetabijlani9 .. I think I walked the Ramp with them too while @iamsrk watched from the audience (grinning face with smiling eyes emoji).” Reacting to the post, Seema Kiran Sajdeh dropped a heart eyes emoji.

Gauri tied the knot with Shah Rukh in 1991 after dating for several years. The couple became parents to son Aryan Khan in 1997, daughter Suhana in 2000 and another son AbRam in 2013.

Earlier, Gauri had shared a picture on her Instagram Stories as she posed with Shweta Bachchan, Nitasha Nanda and several others. She also featured in fashion designer Manish Malhotra’s photo, on Instagram, along with Twinkle Khanna, and Nandita Mahtani among others.

Fans will see Shah Rukh next in Siddharth Anand’s Pathaan. The film also stars Deepika Padukone, John Abraham and Ashutosh Rana among others. It is scheduled to release on January 25 next year. He also has director Atlee’s film Jawan along with Nayanthara in the lead roles. Shah Rukh will then be seen in Dunki opposite Taapsee Pannu. The film is helmed by Rajkumar Hirani.