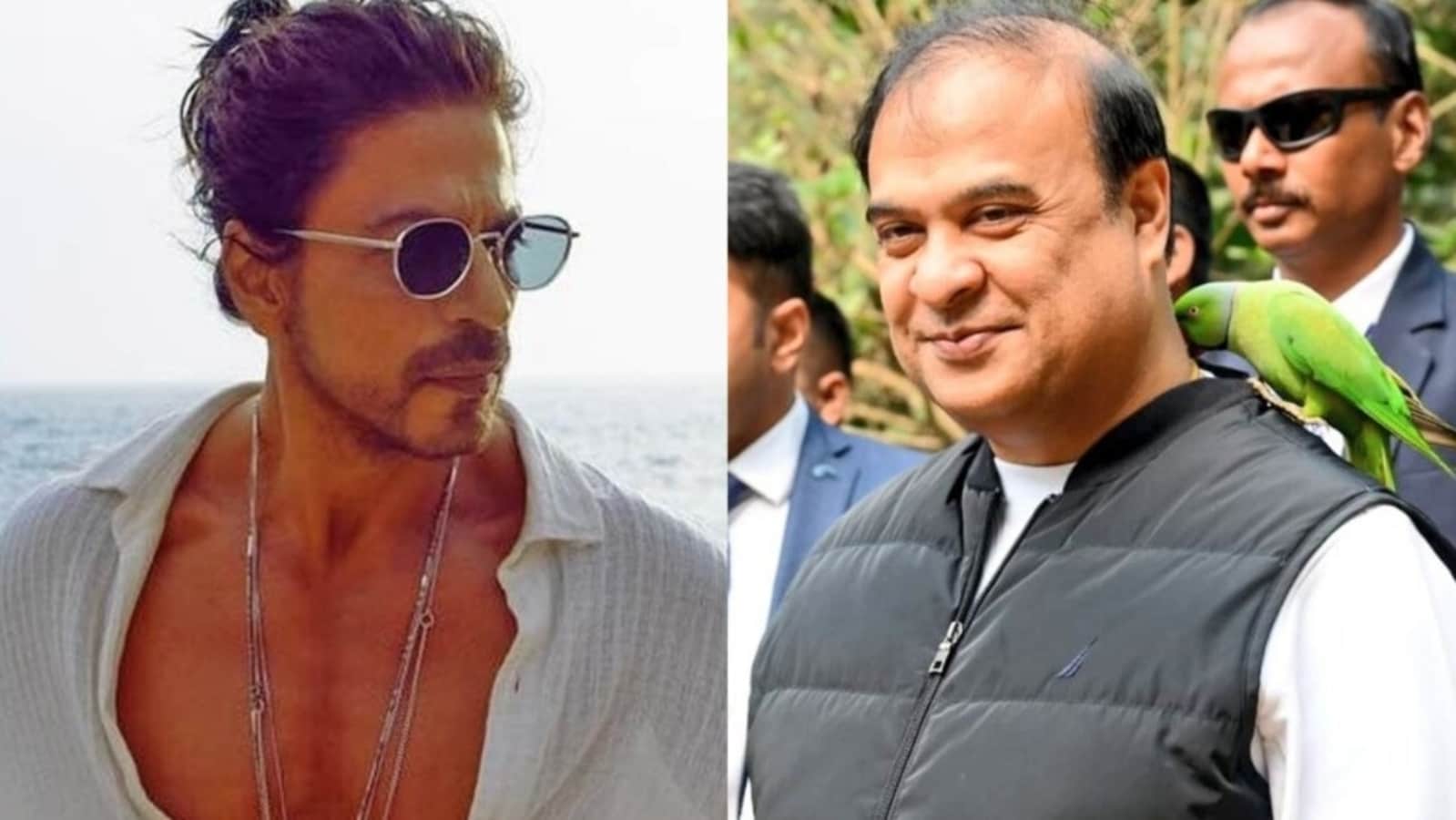 Hours after Assam chief minister Himanta Biswa Sarma made his, ‘I watch stars of my time’ comment while talking about Shah Rukh Khan, fans on Monday reminded him that the actor is ‘four years older’ than him. The CM on Monday said that he didn’t know Shah Rukh but ‘know film stars of my time’. (Also Read | ‘I’m Shah Rukh Khan. I want to speak to you’: Assam CM recalls actor’s message)

Talking about his conversation with the actor, the Assam CM said that he had received a text message from the actor, on Saturday, which stated, ‘I am Shah Rukh Khan. I want to talk to you’. Assam CM Himanta Biswa Sarma on Sunday said that Shah Rukh called him late at night and expressed concern over reports about protests by an outfit in Guwahati against the release of his film. He said that he had assured Shah Rukh that the state government will maintain law and order.

“Baazigar was a superhit during our college days #CottonCollege. Was one of the blockbuster releases of the era when we all were at our fiery youth in our college days @himantabiswa sir,” said a Twitter user. “Right now Hemanta is 53 & Shahrukh is 57….. Can Hemanta ji clarify who are the stars in his time???” asked a person.

On Friday, the Assam CM had said he doesn’t know Shah Rukh Khan neither is he aware of the movie Pathaan. The Assam CM on Monday clarified that he still doesn’t know much about Shah Rukh and hardly watches movies.

“I have seen films of Amitabh Bachchan, Dharmendra and Jeetendra……I still don’t know much about Shah Rukh Khan. Since 2001, I have seen not more than six to seven films. There were many in the queue who wanted to talk to me. After clearing those, a message was sent to him (Shah Rukh) at 2 am on Sunday saying that I was available for a call. He then called me and said that his film was releasing soon and that he hoped there won’t be any problem. I asked him the name of his film and he said Pathaan. I told him ‘koi disturb nahi hoga’ (there will be no disturbances),” he said as quoted by news agency PTI.

Asked about his ‘Who is Shah Rukh Khan’ remark, the chief minister said, “Why should I know him? I really did not know that he was such a great man…I do not watch many films. I know about older actors. The attraction for stars varies across generations.”

Twinkle Khanna says wrinkles should be considered equivalent to medals: ‘Reminder of battles we have survived, won’