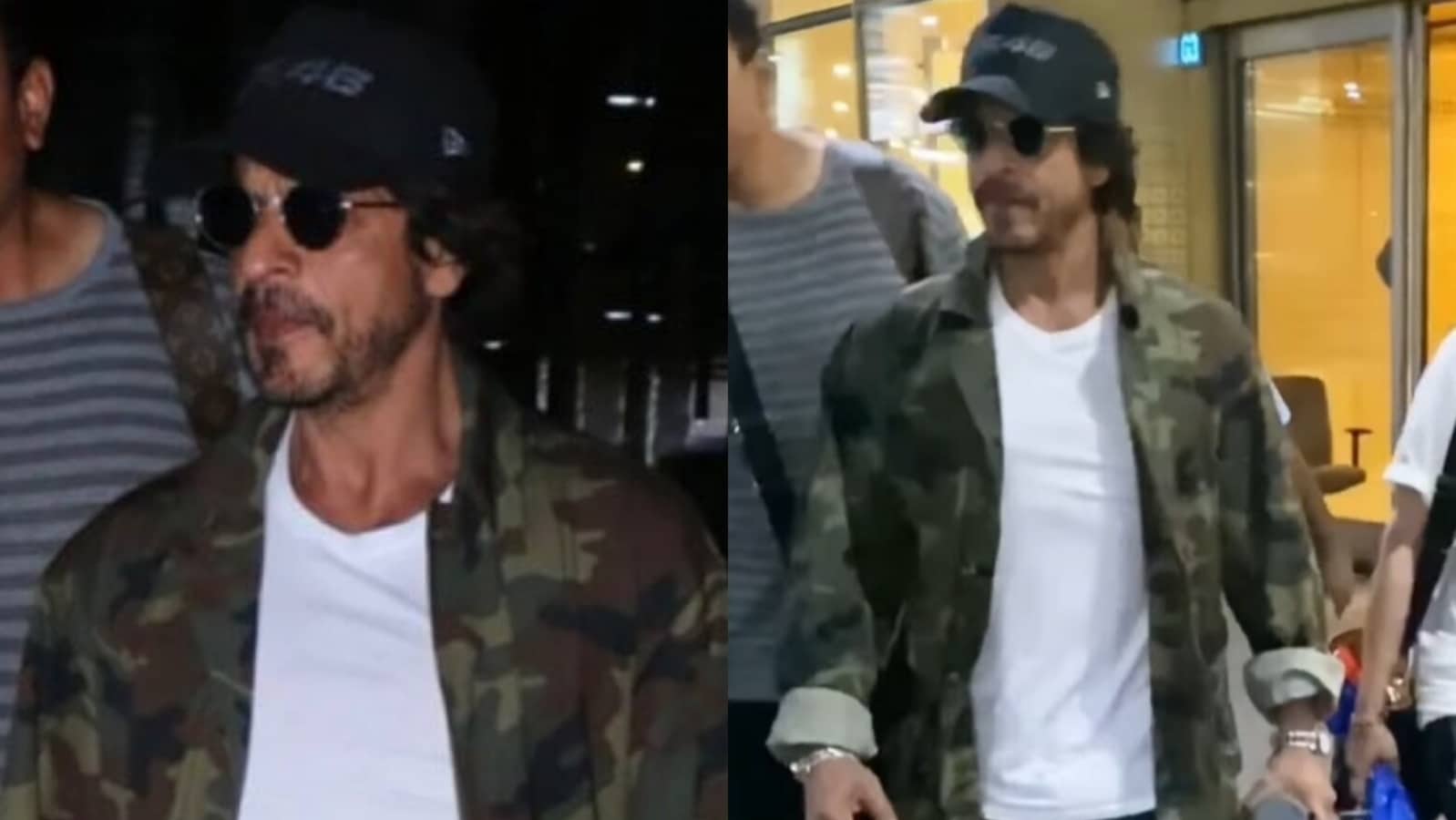 On Thursday, actor Shah Rukh Khan was spotted arriving at the Mumbai airport. The actor returned from London, where he was filming his upcoming film Dunki with Taapsee Pannu. The actor, who had hid from the media on several occasions recently, didn’t shy away from the cameras this time though. (Also read: Shah Rukh Khan, Taapsee Pannu chat in London streets)

In a video shared by a paparazzi account, Shah Rukh was seen in a long camouflaged jacket with a white t-shirt. He paired them with blue denim and silver sneakers and sunglasses. He also wore a cap to hide his messy hair as he walked out of the terminal while carrying a water bottle. His manager Pooja Dadlani was with in the video.

Reacting to the clear glimpse of Shah Rukh after a while, a fan wrote in the comments, “King is back.” “Bollywood ka Badshah,” added another fan. Many have also dropped heart emojis to celebrate the actor’s homecoming.

Directed by Rajkumar Hirani, Dunki marks the first collaboration between Shah Rukh and Taapsee. The actors had already wrapped up the first schedule of the film after it went on floors in April this year. Several BTS pictures featuring Shah Rukh Khan, Taapsee and Rajkumar had surfaced online from London and some of them even leaked the actor’s first look.

Talking about working with Shah Rukh, Taapsee Pannu told Pinkvilla, “I’ve told him (Shah Rukh Khan) that he is the benchmark or the person that every outsider especially coming from Delhi looks up to. I’m not a superstar but he is the superstar. I don’t really feel like when you work with people like him or superstars like him you realise that’s what the stakes of the word stardom or star.”

Dunki is produced by JIO Studios, Red Chillies Entertainment and Rajkumar Hirani Films. Shah Rukh announced the film in April with a video. It is slated for a theatrical release on December 22, 2023. But before Dunki, Shah Rukh will be seen in Siddharth Anand’s Pathaan, which releases in January 2023 and Atlee’s Jawan, which hits the screen in June.