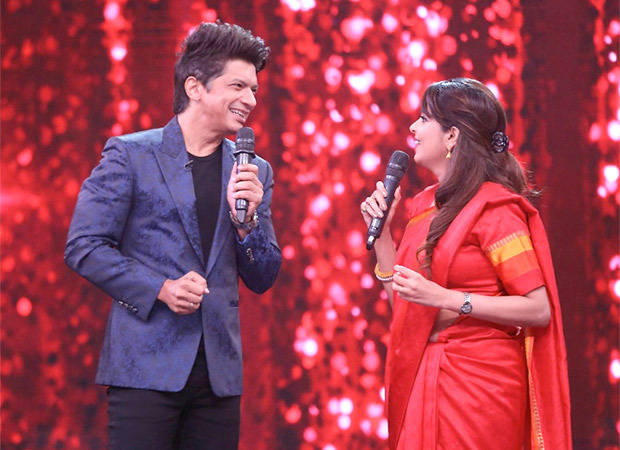 Even as the pandemic continues to cast its shadow of stress, Zee TV is attempting to lighten up the country’s collective mood by offering its viewers an escape from all the stress via the route of rib-tickling comedy through its reality show, Zee Comedy Show. While the show has helped every Indian family unwind on their couch with some of India’s top comedians making them LOL their stress away, this weekend, we will see singing sensation Shaan entertain us with his interesting anecdotes as he appears as the special guest during this Saturday’s episode. His charismatic personality and melodious songs are sure to entertain the audience, but it will be the ten comedians of Zee Comedy Show who will come together as Team Hasaayenge to make each one of us laugh out loud!

While the hilarious acts put up by all the comedians coupled with the witty reactions and comments of the Laughing Buddha Farah Khan surely left everyone in splits during the shoot, it was Shaan who left everyone surprised with his special act. The singer along with Sugandha Mishra Bhosle thoroughly entertained one and all as they perfectly mimicked singers like Himesh Reshammiya, Udit Narayan, Anu Malik, Lata Mangeshkar and Usha Uthup as a part of a special spoof act.

Shaan joked about how the lockdown had impacted everyone’s work environment including his own, but some legendary singers continued to rule everyone’s hearts with their work even during the pandemic. Addressing this scenario in a fun and light-hearted manner, Shaan put up an interesting act with Sugandha Mishra that depicted his versatility as a singer and focused on the underlying story of how he was out to garner work while the popular music maestros were busy elsewhere. He surprised everyone on set when he sang the song ‘Aankh Marey’ in Udit Narayan’s style with Sugandha joined him to sing it in Lata Mangeshkar’s iconic style.

This was followed up by him singing the same song in Himesh Reshammiya’s style while Sugandha sang it in Usha Uthup’s style. Last but not the least, Shaan also left everyone stunned when he sang ‘Yeh Kaali Kaali Aankhen’ in Anu Malik’s style. Giving the act its oomph factor, the duo also mimicked these singers in their conversations which left everyone in splits. The act got a standing ovation from one and all, including Farah Khan.

Talking about his act and his overall experience on the show, Shaan mentioned, “I had a fantastic time on the sets of Zee Comedy Show. In fact, seeing everyone’s mimicry on the stage, the artiste and actor inside of me woke up and we did a small spoof act. It was fun, but I must say that all the acts by all the artists were great. In fact, I had a gala time laughing out loud along with Farah.”