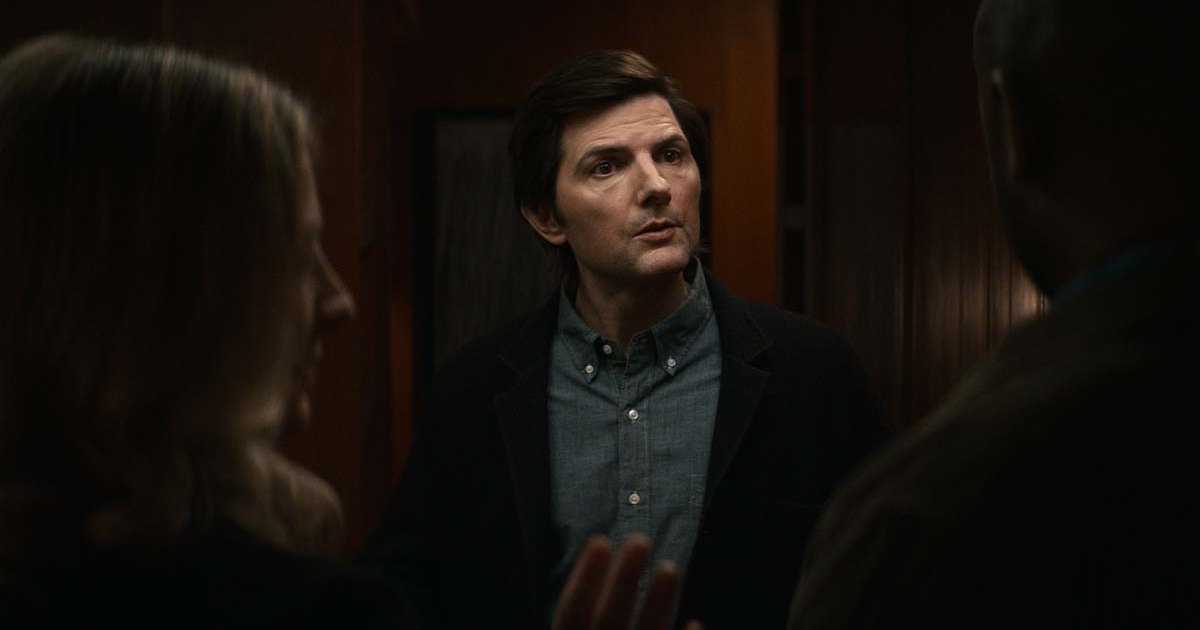 We need answers! The first season of Severance left fans with a lot of questions that need resolutions in the show’s second season. Spoilers for season 1 ahead.

The Apple TV+ show revolves around a team of employees at Lumon Industries, who all agreed to undergo a surgical procedure — called a “severance” — that separates their work lives from their personal lives. Their work life is their “innie” persona and outside of their job, they are referred to as “outies.” One of the employees, Mark (Adam Scott), starts to get suspicious of the company after his coworker, Petey, mysteriously disappears and he earns a promotion in his department, Macro Data Refinement (MDR).

In his new role, he meets Helly (played by Britt Lower) who recently had the surgery, which wiped her memories. While outside of work, Petey runs into Mark, who has no memory of him at the time. After seeing Petey a few times, Mark finds out from his former coworker that he was psychologically tortured, which leads to his interest in potentially reversing the procedure. However, Petey ultimately dies as a result of the surgery.

Throughout the first season, Mark teams up with three of his MDR coworkers, including Helly, to uncover a conspiracy going on with the severance surgeries. Helly wishes to leave the company and attempts to escape in order to regain her memories. In the finale, Helly — and Severance viewers — learn that she is the daughter of the company’s CEO, James Eagen (Michael Siberry).

In April 2022, Apple TV+ confirmed that the drama was renewed for a second season and Erickson opened up about his plans for the next installment.

“In season 2, we’re going to be showing all of these people on the outside,” he told Entertainment Weekly at the time. “Similar to Mark, they each had their own reason for getting this procedure, and they’re all at some stage of a healing process for one thing or another. … Being able to take what Adam did in the first season — with the differentiation between his innie and outie, and how they feel like the same person but with this vastly different lived experience — seeing the other three characters’ version of that dichotomy is, I think, the most exciting part.”

Keep reading to see what to expect in Severance season 2:

Arie Breaks Down ‘The Traitors’: What Fans Didn’t See, Drama With Kate

Katy, Nicki and More Stars Who Have Surprisingly Never Won a Grammy

Barchie! Bensler! Most Memorable Cheating Story Lines on TV Over the Years

Is Eloise’s Love Story Next? Why ‘Bridgerton’ Fans Think So

Best Rom-Coms to Watch When You’re Stuck at Home