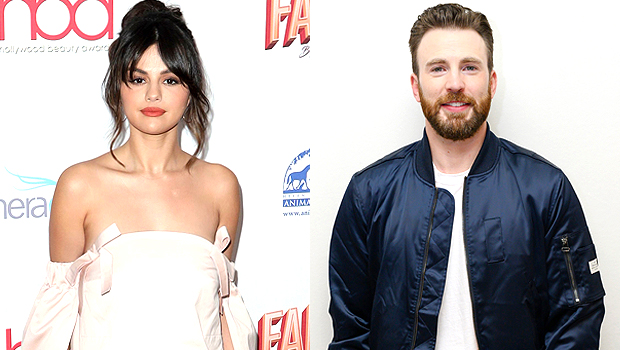 Are Selena Gomez and Chris Evans dating? Twitter users seem to think so, presenting some theories about a possible pairing.

The internet discourse never sleeps, and the latest dispatch from the World Wide Web has thrown together an unlikely pairing. Twitter users are convinced that Selena Gomez and Chris Evans are dating. It appears that the rumors began after some eagle-eyed fans noticed that the Marvel star, 40, started to follow the actress and singer, 29, on Instagram, bringing the star into the small fold of the 162 people that he follows.

His Instagram follow came after Twitter sleuths reported that the two were spotted leaving the same studio in Los Angeles on October 1 and later, the same restaurant. Still, the two have not been photographed in the same photo, so the validity of these snapshots should be taken with a grain of salt, but these are the tweets that have led Twitter users to the current conclusion. There’s also the possibility that the two may be teaming up for an upcoming film or TV project.

Regardless, Twitter users were excited about the possibility of a romance.

BRO I AM NOT MAD ABOUT THIS RUMOR SELENA GOMEZ AND CHRIS EVANS ARE SUCH A POWER COUPLE pic.twitter.com/S5aMChGzfW

While the Captain America star is following the singer, it does not appear that she is following him back at this time. However, someone should alert the Only Murders in the Building star of this recent development, given that she once called Chris her celebrity crush. Back in October 2015, Selena appeared on Watch What Happens Live and admitted to being infatuated with the “cute” actor.

When a fan dialed in to ask Selena about her “number one celebrity crush,” Selena said, “I kind of have a crush on Chris Evans. Isn’t he cute? He’s very cute.” Fellow guest Willie Geist asked if she ever revealed that publicly, to which Selena responded, “This is the first time. Oh man, he’s either going to hate me or love me.” The admission came after her initial split with Justin Bieber in 2012. The on-again, off-again couple split for good in 2018.