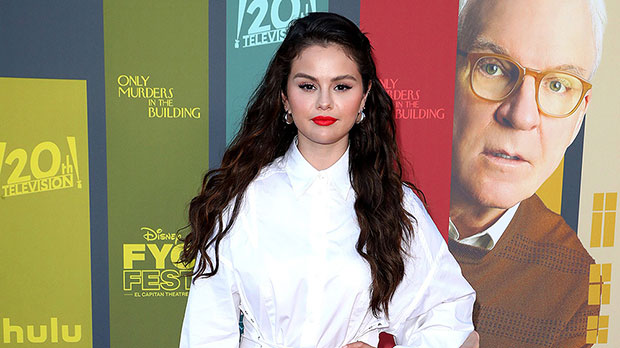 Selena Gomez, 30, could see herself settling down with a family in the future. The singer and actress has led a successful life in the entertainment industry over the years, but she reportedly doesn’t see herself continuing the same career and life she’s living now forever. “I hope to be married and to be a mom,” Selena said on a new episode of the TATATU series, Giving Back Generation, according to E! News.  “Eventually, I’m going to be tired of all of this, so I’m probably just going to devote most of my life to philanthropy before I peace out.”

Selena also reportedly added that she likes “keeping it real” and even sees herself as “an extremist” who looks at things “one way,” including social media. “If anybody know me, I’m an extremist. So it’s either one way or the other way,” she explained. “So I actually got rid of my Instagram on my phone and gave that power to my assistant. So everything I post, I just text it to her instead of having to worry about going on and off. I don’t even know my password.”

“But it’s been purposeful because I get excited when I see you guys because I didn’t look at Instagram,” she continued. “So I don’t know what you did or how you are and that’s like real time that we can gain together.”

Selena also reportedly gave advice to others when it comes to stepping away from social media for a bit for “mental health” because of its importance. “Just maybe take the weekend off, or start with a day where you just don’t pay attention to it and really be present for what’s around you,” she said. “I think that’s so crucial and a part of our mental health.”

Selena’s new interview comes just a week after she celebrated turning 30. She took to Instagram to mark the special occasion with two black and white pics of herself and a thoughtful message. “My twenties were a journey through good, hard and beautiful moments that I will never forget. Each of them has shaped me into the person that I am today,” she wrote before going on to explain that she’s “still learning” and is “more certain what matters” as she gets older everyday.

“Someone who is grateful for every single gift and every single lesson along the way,” she continued while describing herself. “I am walking forward encouraged by so many strong, empowering people around me.. I want to try my best to take the beautiful and the painful one day at a time and let it all make me into the very best me that I can be for myself/others/you.”